Meet the Winemaker at Imagery Estate

Try to paint a picture of the ultimate Sonoma County winemaker, and you just might find you've got a portrait of Joe Benziger.

A member of the family that sold its three wildly successful brands — Glen Ellen  in 1993, and Benziger Family Winery and Imagery Estate in 2015 — he's still a hands-on winemaker at Imagery Estate. And though Imagery Estate is about as eclectic and artsy as it gets in these parts, Benziger's a regular guy who enjoys having a beer and meeting people in local haunts. And he's a New Yorker! 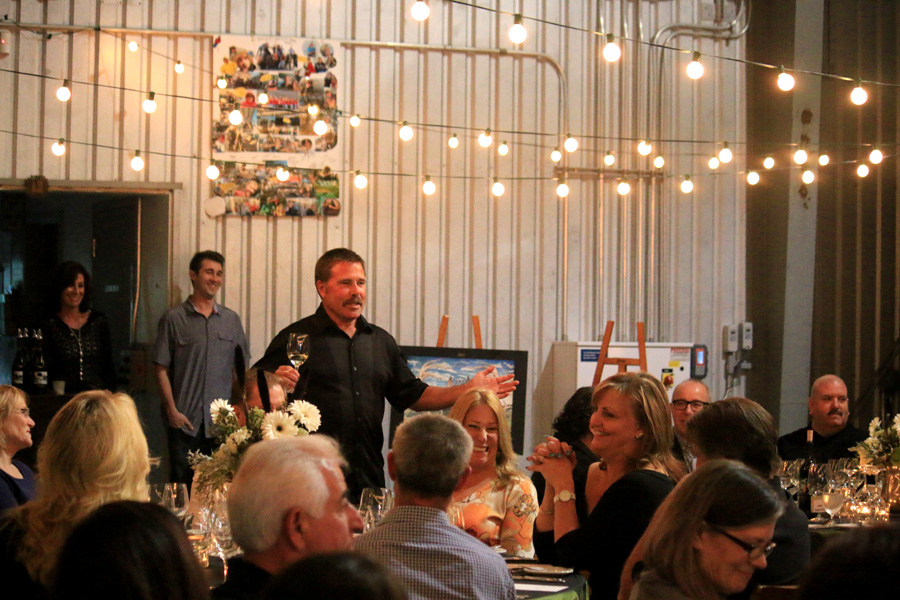 Well, that's going back quite some time - but he's still got the accent. Benziger was in his 20s, operating a liquor store with one of his brothers, when he answered his family's call to Sonoma County to start a winery in Glen Ellen. They won a local award for Chardonnay, and the rest is history.

The inspiration for Imagery Estate struck in 1984, when Benziger and Sonoma County artist Bob Nugent met up while they were helping to break up a fight at a wine tasting … well, a polo match-slash-wine tasting is how Joe describes it.

Each vintage of each varietal wine at Imagery Estate is labeled with the work of a new artist, with the original added to Imagery's permanent gallery.

The Benziger and Imagery Estate wineries were acquired by the Wine Group in June 2015, and Joe's brother, Mike, has taken his retirement from the estate winery on Sonoma Mountain. Meanwhile, Joe continues on at Imagery Estate.

SonomaCounty.com talked with Joe just before harvest to find out more about him and his winemaking philosophy.

So … how did you get in the wine business, Joe Benziger?

Well, we moved out here as a family in 1980 and '81, and that was it. My brother found a piece of property that we're at now, and we built a winery. And it kind of took off - a lotta good luck.  And here we are today.

Just recently, there are some big changes, new ownership at the winery. But it really hasn't changed, most of the same people are here. There are still some Benzigers, including a couple of daughters.

What did you think of Sonoma County? 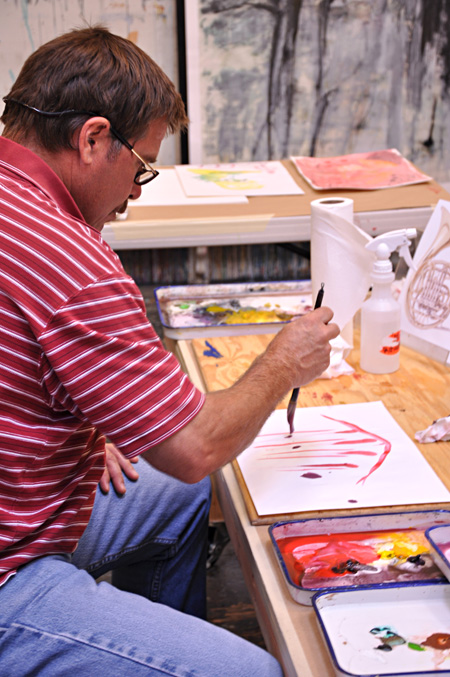 It was awesome. Moving out to this property, there was not too much on it. The houses were run down and my first job that summer was to build the winery, with a contractor — who's still here at the winery.

For me, it's always been Sonoma County. I wouldn't trade that for anyplace. Probably five years after I moved out here, we moved to Kenwood, and been there ever since. I'm one of the luckiest guys in the world - my commute's five minutes long. But the business has given me lots of opportunity to travel, and that's been awesome.

Are you still a hands-on winemaker, or is it all desk work now?

For me, it's a blast, making those wines. And my favorite time of year is coming up, and I will punch down and pump over pretty much all my tanks. I try to shovel out a lot of them — I am getting a little older, so I ask for a little help there. But as far as all the tasting, I'm responsible for all of that.

Every year the quality has been going up. The vineyards we have been signing up or leasing have improved what we're making here.

The Pine Ridge vineyard now supplies 40 percent of the brand. We believe it's the highest vineyard in Sonoma County, and it's a spectacular place. We grow Tannat, Tempranillo, Muscat, Riesling. Can you think of a vineyard that has those varieties planted together? The diversity there is incredible. 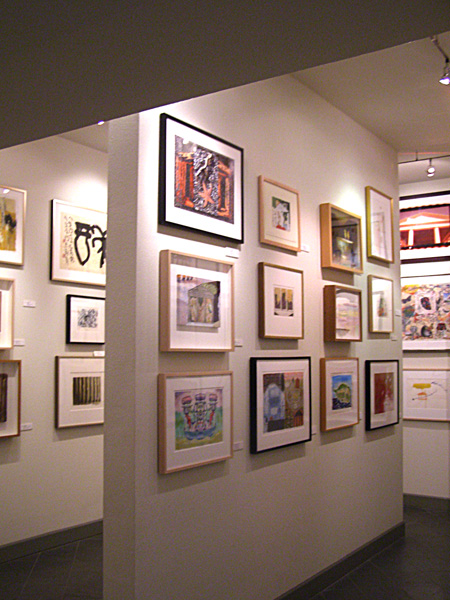 We have a great production facility we put together. In 2014 we bought a Pellenc. Before, if you saw a couple of raisin berries or something on the outside you didn't like you'd throw it out. Now, the machine breaks the whole cluster into berries, puts it on a belt, and a digital camera takes thousands of pictures of the berries, and identifies with a parameter you set. So you're getting perfect fruit in the fermenter all the time. It makes a product very uniform.

But does that leave some of the complexity of character behind?

That's a good question. Are there some things in there that you might leave out that would make it more interesting? I think that for the style I'm trying to make, I don't think so. I'm going for the brightness of the fruit and the balance. You certainly give it complexity with the types of oak you choose for the varietal, and that adds a nice complexity underneath: a char note, a brown spice note, vanilla, whatever it might be.

If it was my wine, I would probably choose our Barbera from Imagery. It has the black cherry; it has a full body, and some pretty good acid; and just goes good with food.

I don't drink a lot of Chardonnay, but the favorite wine at Imagery is white burgundy, which is mostly Chardonnay with Pinot Meunier … but I would choose a Sauvignon Blanc, that's my favorite. We make one at Benziger from the estate, called Paradiso de Maria: Mary's Paradise (that's my brother's wife). It's real grassy, it has a great acidity to it and it's refreshing. Especially this time of year.

A couple other wines I would love to have on the shelf: Saxon Brown … some of the wines out of the Nuns Canyon area … Phil Coturri makes some wine up there. It would be boring to have just one wine! Yeah, I like variety. But I probably drink mostly wines that we make.

What's going on right now in the winery?

Walking the vineyards, [getting everything ready for harvest]. ... And then you jump into it, and it's a blur after that. But it's a time when there's so much energy, when people come out and visit and see a lot of great things. Every weekend there's something to do. We have a block party, an Italian dinner, and we also have a pig roast coming up. And all the other wineries have something going on; it's an exciting time.

You know what's cool about this place? We let visitors come in while we're punching down and we talk to them while we're doing it. A lot of the time it might be me talking to them, and if it isn't, we instruct everyone (on staff) to say hello - and make sure (visitors) don't trip over hoses.

But it's special when visitors come in and they get a personal contact. And that's really neat about Sonoma County; a lot of that happens in the tasting room and in the winery as things are happening.

What's your favorite wine bar or brew pub to hang out?

Right here in town: The Jack London Lodge. I've been going there forever. When we first moved here, at the end of the day we'd all have radios on in different parts of the vineyard. Some people would be hammering nails, or planting in the vineyard, and my dad would get on the radio and say, 'Let's fix the hole in the fence.' And that would mean we'd go down there and get a beer.

And the other place I love is the Swiss Hotel in Sonoma. Every once in a while I'll go down there and sit outside on the sidewalk. It's a place like The Jack London Lodge where local people hang out and you meet interesting tourists from out of town, and you can sit and talk to just anybody, and have a great time. That, to me, is relaxing.

Where can you feel like you've gotten away from it all, where you're still in Sonoma County?

We have a vineyard out in Freestone where we make Pinot. I get to go out there every once in a while, and right in town is a nice place. And the Union Hotel (in Occidental) is a nice place, and again, a real local's place. You go in the bar there, and it's a pretty cool place. I can find those places easily.

The Saloon At The Jack London Lodge 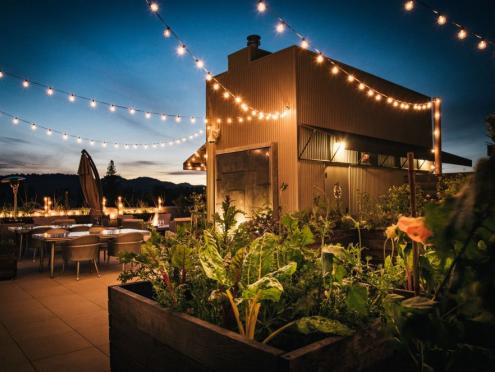 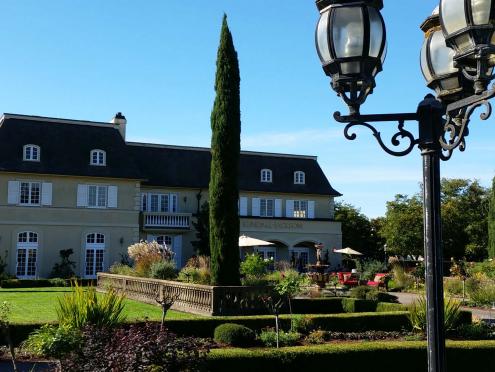 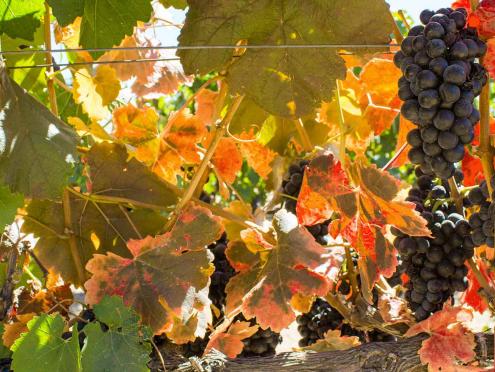