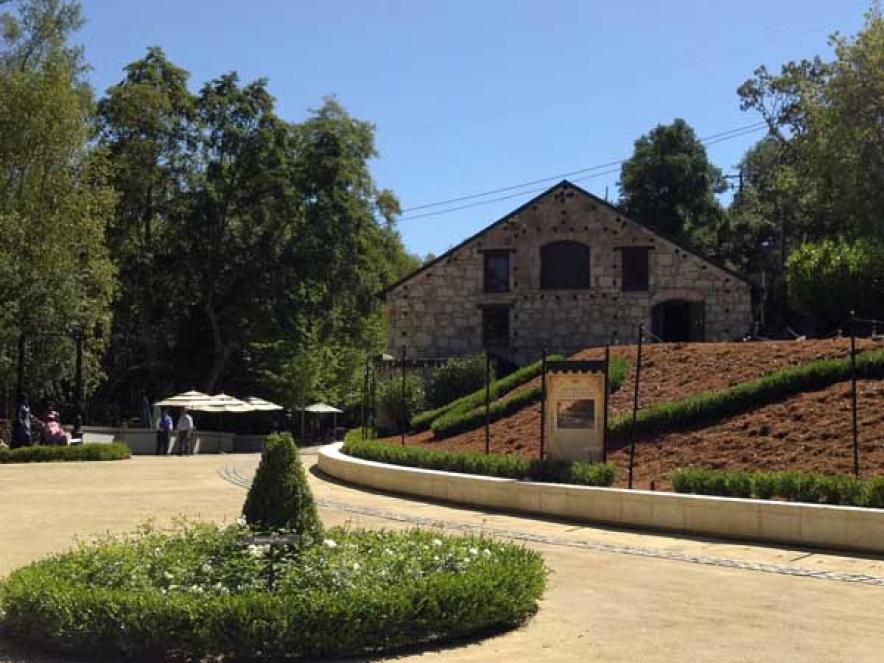 Displayed artistically and presented theatrically with lights, movement, and a dramatic recorded narration, more-than-a-century-old handcrafted tools are the stars of the show at the Wine Tool Museum at Buena Vista Winery in Sonoma.

Suspended from chains in neat rows and looking a great deal like medieval battle axes or torture devices, long-handled pomace cutters glide smoothly across the face of the ancient stone wall at the far end of the large hall. Each cutter is unique, crafted by a tool maker in the late 1800s to fit the needs of a particular winemaker or winery worker dealing with the solid remains of grapes (the pomace) left in the bottom of a wine press. 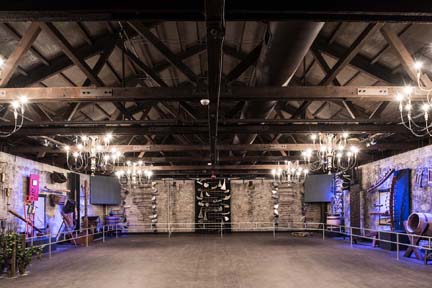 To the left of the wall of pomace cutters, an even longer wall holds picks, plow blades, pruning knives, shears, picking boxes and baskets, and small wine presses, effectively illustrating the tools and effort needed to take grapes from planting to harvesting and pressing in the late 19th and early 20th centuries.

On the long wall to the right of the pomace cutters, displays illustrate the labor-intensive barrel-making process with tools used to cut down trees, hand shape the staves, and form and toast the barrel. Next to that is an artful display of barrel spigots, some of which are reportedly gold plated.

"The exhibit is a performance - a dramatic dance of the tools, with lighting, special effects, and movement," said Buena Vista owner Jean-Charles Boisset. "It is designed for guests to discover and experience the world of wine and the rich history of California winemaking." 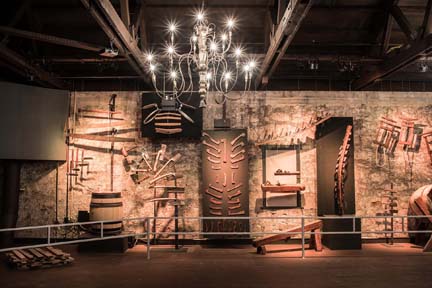 These rare and authentic 19th and 20th century viticulture tools are part of a larger collection housed in Burgundy, France. A few of the pieces are from the Boisset family, but most came from the collection of Phillippe Bérard, who accumulated thousands of antique tools from wine regions in France and throughout Europe.

The tools displayed in the museum represent state-of-the-art viticulture in Europe and the United States in the late 1800s, when Buena Vista Winery founder Count Argoston Haraszthy brought European grapes and wine techniques to California.

Since buying Buena Vista in 2011, Boisset has overseen extensive updating - including seismically retrofitting the winery's cellars and caves - with a goal toward preserving and presenting the historic facilities in an engaging and entertaining manner. 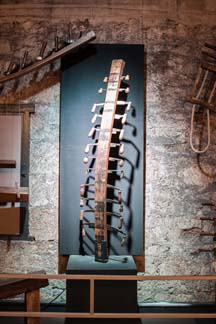 Walking up the winery's driveway from the parking lot, on the right you'll now find history hill, where signs describe the contributions of various historic figures that dot the sloping landscape. On the left is a maze of hedges, creating a circuitous path that leads to seating areas and signs that describe events in Count Haraszthy's life.

Access to the Wine Tool Museum is available only through a guided tour and wine tasting, although museum-only tours are available. The tour starts with tastes of exclusive current release wines. Guests are then led to the Champagne Cellar building.

There's an elevator for handicapped access to the third-floor museum, but those who climb the stairs will be rewarded with views of Boisset's collection of antique glass wine decanters, ensconced in gorgeous lighted cabinets that stretch from the bottom of the first floor to the third-story ceiling.

The effect is dramatic as guests stroll into the large, stone-walled room that houses the tool museum. The lights are dimmed and the show begins. The 20-minute audio-visual program guides visitors through the history of grape growing, winemaking, the Buena Vista, and Count Haraszthy, with the voice of actor George Webber as the count. 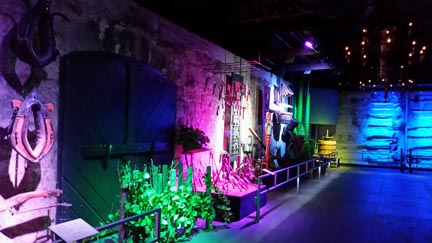 Museum tours are offered by appointment several times daily. Other experiences available at the winery include a "Be the Count" wine-blending experience, private tastings, barrel tastings, winery tours, an innovative wine and music pairing, and beautiful picnic areas. Please call ahead to make a reservation: 800-926-1266.

And there's lots more of historic significance to see and do in the area. Haraszthy built a villa for his family on a nearby hillside in what is now the private Bartholomew Park (adjacent to the Buena Vista), but years later it was destroyed by fire. A re-creation of the Haraszthy Villa was built in 1988, to preserve that early way of life, and is open to the public as a museum on weekends from noon to 3 p.m.

Both Buena Vista Winery and Bartholomew Park include beautiful picnic grounds where guests can relax and enjoy the countryside. If you want to picnic, you can pick up sandwiches, barbecue, and more at Vineburg Deli (997 Napa Road, Sonoma, 707-938-3306) or Broadway Market (20511 Broadway, Sonoma, 707-938-2685).

And while you're in town, there are lots of places to explore California history in Sonoma, from General Vallejo's home to the Mission San Francisco Solano and the Sonoma Barracks.

If you want to extend your stay in the area, consider a cozy and romantic one-bedroom at Sonoma Best's Guest Cottages, or go for serious luxury and pampering at the Fairmont Sonoma Mission Inn & Spa.

For even more options, search our lists of things to do, restaurants, and hotels in Sonoma County.

Photos from the Wine Tool Museum at Buena Vista Winery by Drew Kelly. 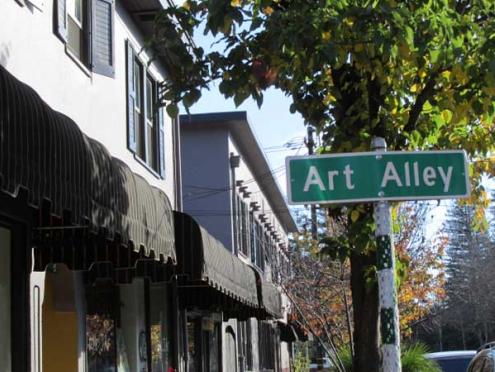 Explore The South A Street Art District in Santa Rosa 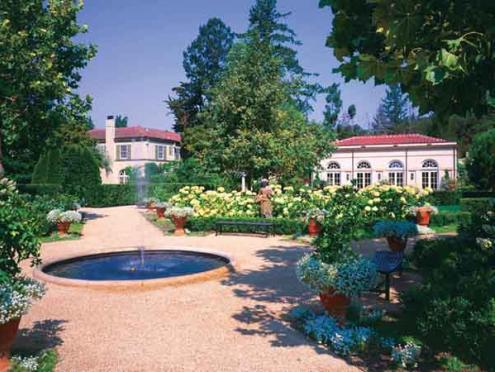 5 Fun Things To Do in Kenwood 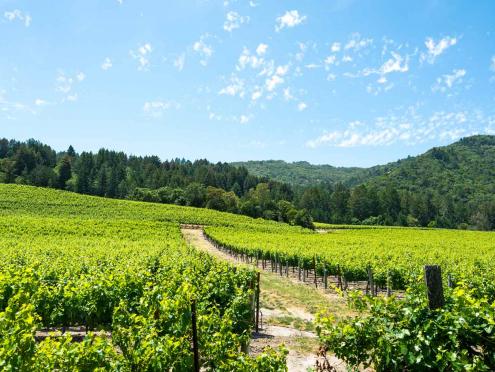 Guide to the Sonoma Valley