Syrah and Sonoma County are a match long in the making.

Native to the Rhône Valley in south-central France, Syrah is often called one of the 'noble' grapes of the Old World, in good company with Cabernet Sauvignon and Pinot Noir, among the red grapes.

Along with those grapes, it has been grown in Sonoma County since the 19th century.

Yet Syrah did not catch on like Cabernet, and was eclipsed by Pinot just as it was poised for a renaissance.

Today, while Syrah is seen as the understudy of other red varietal wines in Sonoma County, the best examples are snapped up by wine collectors or enjoyed by savvy wine lovers who know its charms.

A row of Syrah vines can be easily distinguished from Cabernet Sauvignon, Merlot, or Pinot Noir for the lighter, medium-green color of its leaves. It might be distinguished from Zinfandel for its longer internodes, or lengths of cane in between leaves, and looser bunches of grapes.

It's a vigorous vine that can "throw" a big crop if allowed to; opinions vary as to the right mix of clusters per shoot, pounds per vine and tons per acres, all depending on the site, that will make high-quality Syrah wines.

Another name for Syrah is Shiraz, which contributes to one of this grape's wonderful myths of origin - which are likely not factual. According to one story, a far-traveling Crusader in the Middle Ages carried a stick of Shiraz, supposed to have originated from the ancient Iranian city, in his knapsack back to France and planted it on the hill of Hermitage.

Indeed that's the variety's most famous home, but as University of California Davis researcher Dr. Carole Meredith found by DNA analysis, that's also its likely birthplace — as a cross between an otherwise undistinguished red, Dureza, and the white grape Mondeuse Blanche.

In France, wines from Hermitage and Côte-Rôtie are recognized as exemplars of varietal Syrah — although it is seldom labeled as such. To the south, it's an important component of blended wines like Châteauneuf-du-Pape and the great rosé wines of Tavel.

Meanwhile, down under:  Syrah is known as Shiraz in Australia. Same grape, same wine, but a different climate and, generally, a different style of wine. It's a name change much older than the brief popularity of inexpensive Australian red wines like Yellow Tail during the 1990s and early 2000s, and Shiraz remains a major category in Australian wines - some are even world-renowned collector's items, like Penfolds Grange.

Back in 1880, the adventurous Sonoma County viticulturist John Drummond imported the best Syrah cuttings from Hermitage along with Cabernet Sauvignon from Chateau Lafite and Pinot Noir from Burgundy. In other vineyards, Syrah was planted alongside Grenache and Carignane and a hodgepodge of grapes to supplement Zinfandel.

Ultimately, the grape never caught on as a single-varietal wine until the 1980s and 1990s, when acreage rapidly multiplied on the bet that it would be the next big thing, after Merlot. But when Merlot was dealt a blow in the early 2000s, often attributed to a single comment in the movie, 'Sideways,' Pinot Noir claimed its place as the next big thing in varietal red wine. 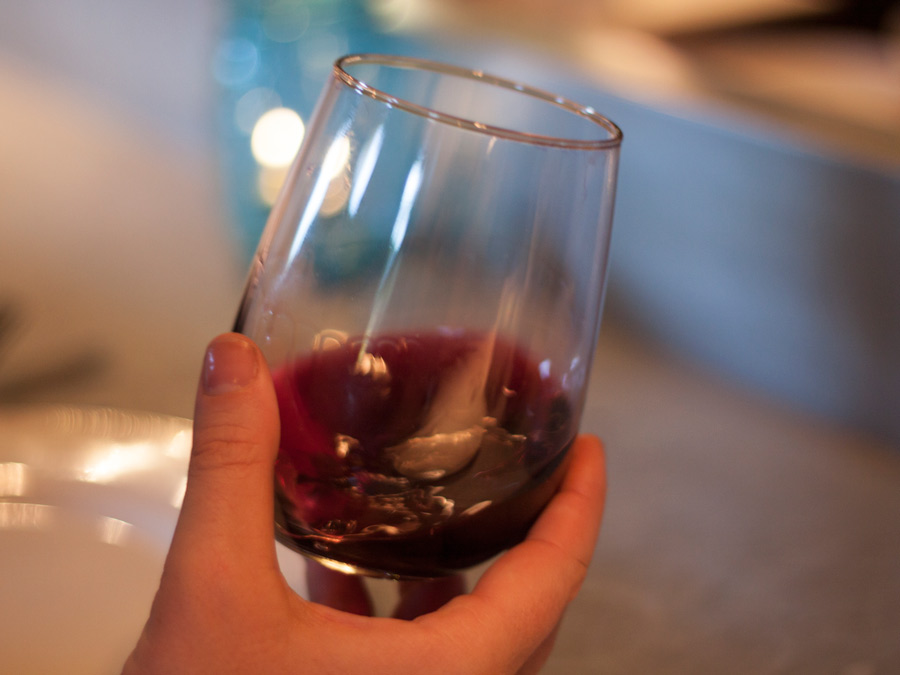 Black pepper? Blackberry jam? Savory, sweet, or sauvage? The style of Syrah depends on the terroir - much like Pinot Noir, Syrah is very sensitive to place. Unlike Pinot Noir, it does not give out at the first heat wave or climatic difficulty - it just makes a different style of wine.

In the past, some Sonoma County wineries aimed at the popular 'Shiraz' style of jammy, very ripe Syrah. These can be robust and enjoyable wines. However, the more popular style of producers who continue to make serious Syrah and tend to source from cooler climates, is more akin to the northern Rhône Syrahs — cracked black pepper, meaty, savory, but with a lush, deep sensation of Sonoma County fruit.

Much of this famous Pinot Noir region is well suited for Syrah: cool, but not too cool.

Syrah is not necessarily a warm climate grape, as the success of wines from Sonoma County's coolest climates attest to.

This new, cool southern Sonoma County AVA has been labeled as Sonoma Coast up to 2018.

More known for its vineyards, from which many wineries source Syrah, Bennett Valley is a uniquely frigid nook right in the middle of the county.

From Dry Creek Valley to Sonoma Valley, many producers have made a Syrah or two from here and there. 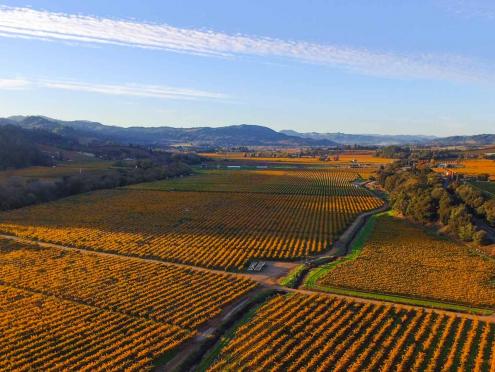 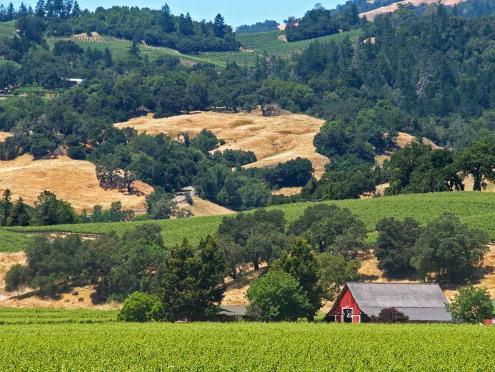 Wine Tasting in Sonoma County Without a Car 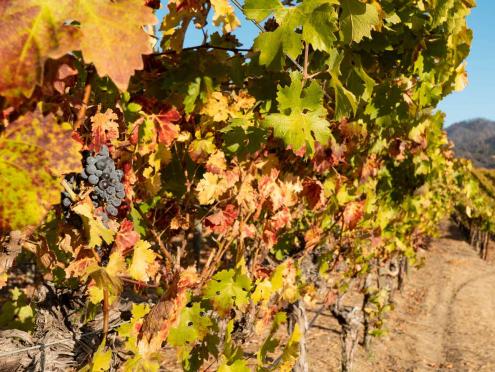 Where to Taste Merlot in Sonoma County

Where to Taste Merlot in Sonoma...