Most people find it hard to imagine that I didn’t try my first taco until the age of about 30 — and even then with much trepidation and disbelief. Those tiny corn tortillas had no business being unfried and doubled up like that, I thought. It didn’t contain cumin-overloaded seasoning from a packet. It didn’t even have hamburger or sour cream. One bite, however, of a simple carnitas soft taco with onions and fresh cilantro, a little dab of hot sauce and — hold-the-guacamole, this is a taco?!

Even years later, after eating thousands of tasty tacos from throughout California, I still don’t fully understood the subtleties of this ancient, beloved street food of Mexico. But I’ve made progress after devouring two seasons of Netflix’s series The Taco Chronicles, which schooled me in the culture and history of al pastor and lesser-known local taco fillers like suadero (fatty beef) and cabrito (goat), buche (pork stomach) and cabeza (head).

So whether you end up going on a Taco Chronicles adventure of your own, exploring out-of-the-way taquerias specializing in barbacoa, or you just want to challenge yourself to get out of a burrito rut, there’s a lifetime of tacos out there just waiting to be discovered. And you don’t even have to wait until #tacotuesday. Look through below for details.

You can’t do better for this traditional Yucatan Peninsula dish than Mateo’s. Slow-roasted pork is marinated in citrus juice (usually orange), with annatto seed. The shredded meat is incredibly flavorful, but it can be hard to find at many taquerias because of the lengthy cooking time involved. If you find it on a menu, order it. 214 Healdsburg Ave.

We’re taking a broader look not just at fish tacos, but the bigger category of seafood tacos. Superfresh fish, fried oysters, shrimp, and calamari are topped with a rainbow of pickled onions, avocado, radishes, and cilantro for an eye-poppingly delicious seafood extravaganza at this Roseland taco truck. One bite and you’re on a warm beach, drinking cerveza and digging your toes in the sand. 665 Sebastopol Road.

We spent weeks looking for the ultimate al pastor after falling in love with this spit-grilled pork, inspired by Lebanese immigrants to Mexico. The very best versions feature a pineapple atop the spinning rotisserie, dripping its sweet juices onto the meat (and you’ll get a little nibble of caramelized fruit as well). There is no shortage of great al pastor in Sonoma County — whether spit-grilled or griddled — so it was hard to find just one we loved the best. Maybe it’s time for an al pastor treasure hunt of your own! 52 Mission Blvd. #110, Santa Rosa, instagram.com/cielitolindosantarosa. 6650 Commerce Blvd., Suite 5, Rohnert Park, elfogontaqueria.com.

Crispy, melty cheese and long-stewed meat (usually beef rather than the traditional goat) are married in a spicy red taco pocket at this roving truck. Pros know that the key to great birria is the spicy, savory ruby broth for dipping and sipping. If you haven’t exhausted a small pile of napkins in eating this sassy, drippy taco, you’re doing it wrong. Plenty of taquerias are getting in on this hot trend, so you won’t have trouble finding them. 1630 Sebastopol Road, Santa Rosa, instagram.

Not all asadas are created equal, and in fact, most aren’t even worth your time. It takes a master to flavor and perfectly grill a muscular cut of beef into something mouthwatering. Usually marinated with chiles and lime, asada is typically cut from skirt or flank steak, then diced into cubes. So often carne asada is dry and tough, but we love the mix of spice and tenderness from both of these taco spots. 6760 McKinley St. #140, Sebastopol. 1950 Mendocino Ave., Santa Rosa, taqueriasantarosaca.site.

One of the most approachable taco meats, carnitas is simply pork shoulder boiled in lard with herbs, orange (and maybe a Coke or two to get a nice caramelization). Think pulled pork meets chicharrones and you’re on your way to this superstar of the taco world. Once braised and melty, the pork and fat are shredded and given a quick bake to achieve the signature consistency. The ultimate bite of carnitas straddles the line between crispy crunch and soft, melty meat. This humble taqueria seems to have a magic touch, avoiding the leathery, tough strips of meat that others pass off as carnitas. Some say the dish originated with the Spanish, but Mexico City has a claim to some of the best carnitas hawkers anywhere. Oh, carnitas, how we love to eat you. 6560 Hembree Lane, 707-836-4242.

Traditionally, barbacoa is goat, lamb, or beef cooked in a pit of hot coals, covered with banana or agave leaves, then left to roast in its own juices for hours. In the U.S. you’ll usually see barbacoa made from beef, slow cooked in a Crock-Pot, with strings of pulled beef in vibrant chile sauce. It’s not easy to find due to the labor involved in getting it just so. 635 Sebastopol Road, at the Mitote Food Park, instagram.com/luchasabina.

We have to at least acknowledge the beauty of a taco that stretches the concept to its limits. The curried crab tacos with apple, cucumber, and mint that Mark Stark has featured on his wine bar menu for years are actually made from fried wonton skins and include the most California of meats — Dungeness crab. Sure, they’re adorable, and purists certainly would mark these as taco poseurs, but we think they’re just about the best thing ever. 1415 Town and Country Drive. 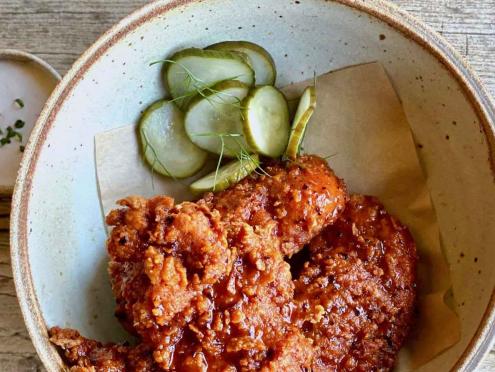 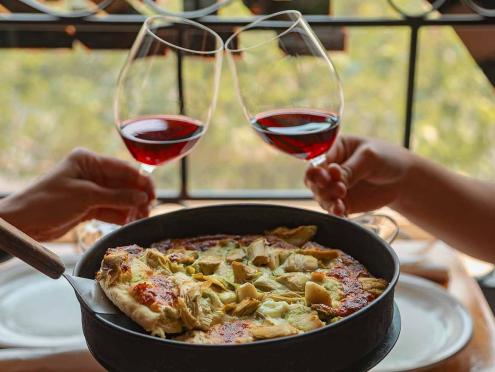 Where to Get Every Kind of Pizza in Sonoma County 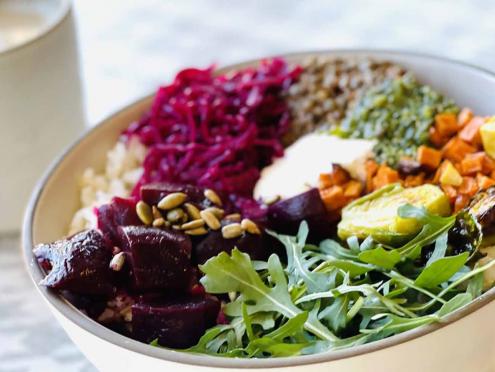 New Occidental Cafe Is a Hidden Gem Worth Exploring