For those in search of a new hiking adventure, Sonoma County Regional Parks boast a plethora of trails that motivate us to get outside more often. From seaside strolls to mountain climbs, there’s something for everyone to explore. Trails with vineyard views remind hikers of how wineries and agriculture shape this area, but there are other reminders of our agricultural roots that like to pop up along the route.

Cows graze in four Sonoma County regional parks: seasonally at Taylor Mountain, Crane Creek and North Sonoma Mountain, and year-round at Tolay Lake Regional Park. The cows are owned and managed by local ranchers, not the park system. Along with providing a share-worthy photo (taken at a distance, of course), cattle grazing in parks help reduce wildfire risk and offer a host of other benefits.

Grazing also helps prevent the buildup of thatch, or dead plant material. Accumulation of plant matter can stave off the germination and growth of many native species and cause a decline in biodiversity.

Cows roam Tolay Lake Regional Park year-round, but it’s up to Mother Nature to decide when livestock will appear at the Taylor Mountain, Crane Creek and North Sonoma Mountain parks. Cattle are traditionally brought to parks when winter rains set in and stay until the grass dries, approximately December through May or June. But if winter rains arrive late or, in the case of this year, hardly come at all, the timeline can change.

Cows are not aggressive by nature and tend to keep to themselves, but there are things outdoor enthusiasts can do to help humans and animals enjoy their day in the park.

“If cattle are blocking the trail, approach them slowly, speak normally, and allow them to move away,” says Waks. “If they don’t move away on their own, provide a wide berth by walking around them off-trail.”

If you come across a calf that appears to be alone, leave it be. Mom is often nearby; remember to never get between a cow and her calf. If a cow doesn’t look well or is acting aggressive, make a note of the animal’s location and, if you can easily see it, the number on its ear tag. Report what you saw to the park officials and they’ll take it from there.

At first, sharing trails with cows might feel a little intimidating, but with knowledge and time, an encounter with cows can become a memorable experience, while at the same time serving as a reminder of where our food comes from and how grazing can be beneficial to the landscape.

“Livestock, like all wild animals, should be treated with respect – and, yes, watch where you step,” says Waks.

Where do the cows in Sonoma County Regional Parks come from?

The cows that graze in Sonoma County Regional Parks are owned and managed by local ranchers, not the park system. This picture was taken at Tolay Lake Regional Park. Ranchers take care of moving livestock to and from parks.

What if a cow is blocking the trail?

“If cattle are blocking the trail, approach them slowly, speak normally, and allow them to move away,” says Lulu Waks, Park Program Supervisor, Sonoma County Regional Parks. “If they don’t move away on their own, provide a wide berth by walking around them off-trail.” This cow was photographed grazing near a trail at Crane Creek Regional Park.

Do I need to be concerned about my dog?

Always keep your dog on leash. A running dog can scare cows, causing them to react defensively. Telling the difference between a coyote and a dog can be difficult for cows. This photo was taken at Taylor Mountain Regional Park.

What should you do when you reach a gate on the trail?

Sonoma County Park Program Supervisor Lulu Waks says to follow the golden rule of gates —“leave it as you found it.” So if a gate is open, leave it that way. If it was closed, be sure it remains closed after you pass through. This picture was taken at Tolay Lake Regional Park. 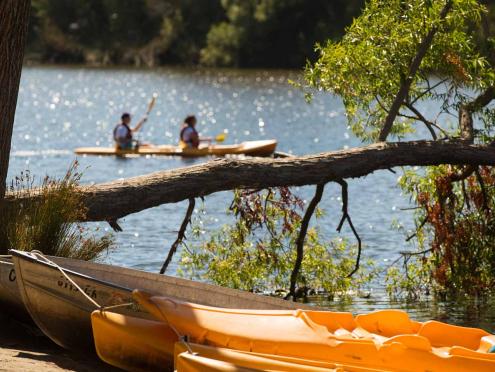 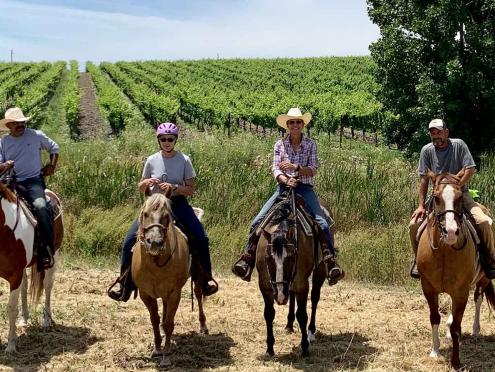 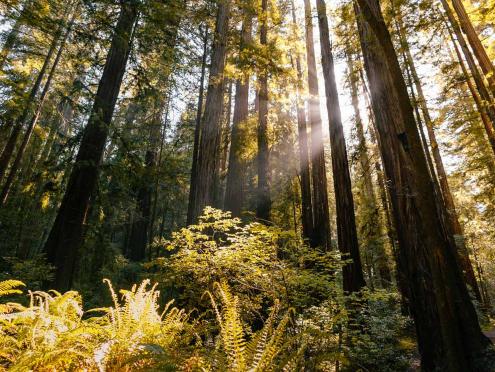