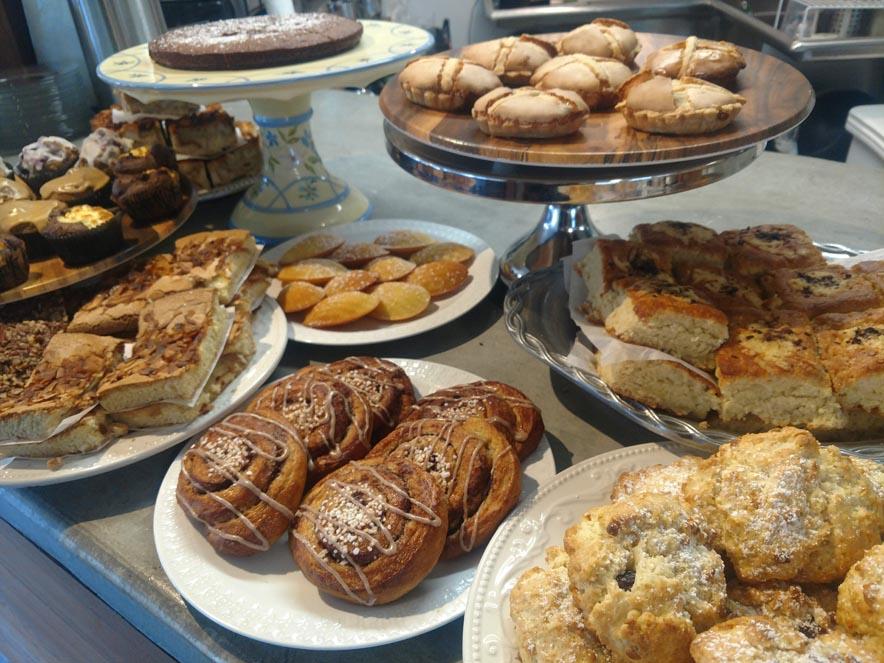 Enjoy towers of cakes, cookies, muffins, and scones at Baked on the River in Guerneville, California.

Baked on the River Bakery and Café Debuts in Guerneville

Chef Helena Gustavsson-Giesea has always impressed with her homestyle cooking, in mouthwatering Cal-American fare often accented with Swedish flair. That makes sense, given her Swedish background (including participating in Sweden’s Miss Fitness competition in 1999). And now, after a brief hiatus and time spent as a personal chef, she’s back in a Sonoma County kitchen, opening her Baked on the River café in Guerneville.

How clever, since the café is also a bakery, and well, the river town is known for its, um, laidback style where legal cannabis is often enjoyed.

Open from Wednesday through Monday, 6 a.m. to 3 p.m., the casual spot is cute as a button, the wood and concrete counters laden with towers of cakes, cookies, muffins, and scones. A long banquette encourages lingering at raw wood tables, rolling barn doors add a country touch, and an open kitchen and bakery means you can watch the team at work. 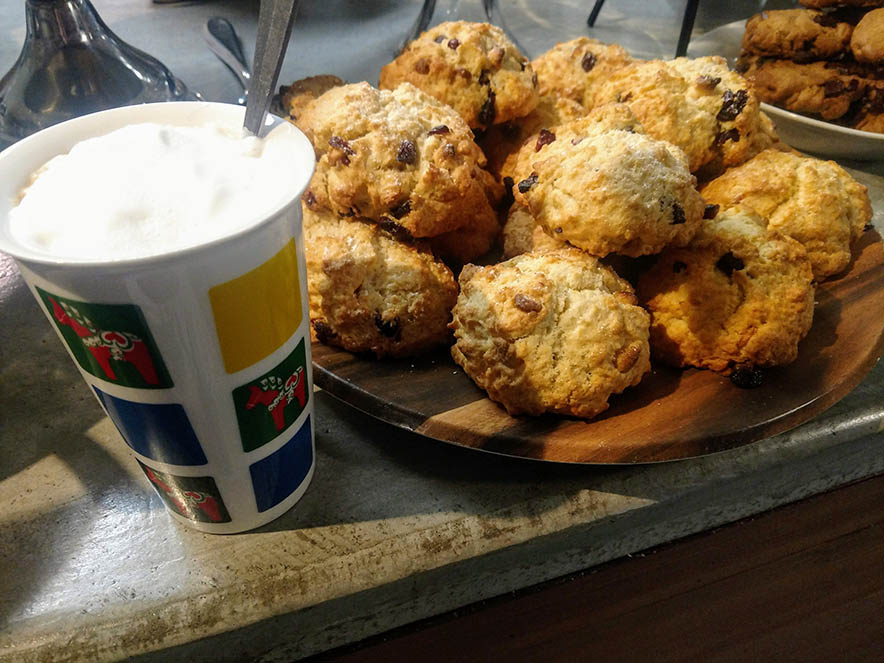 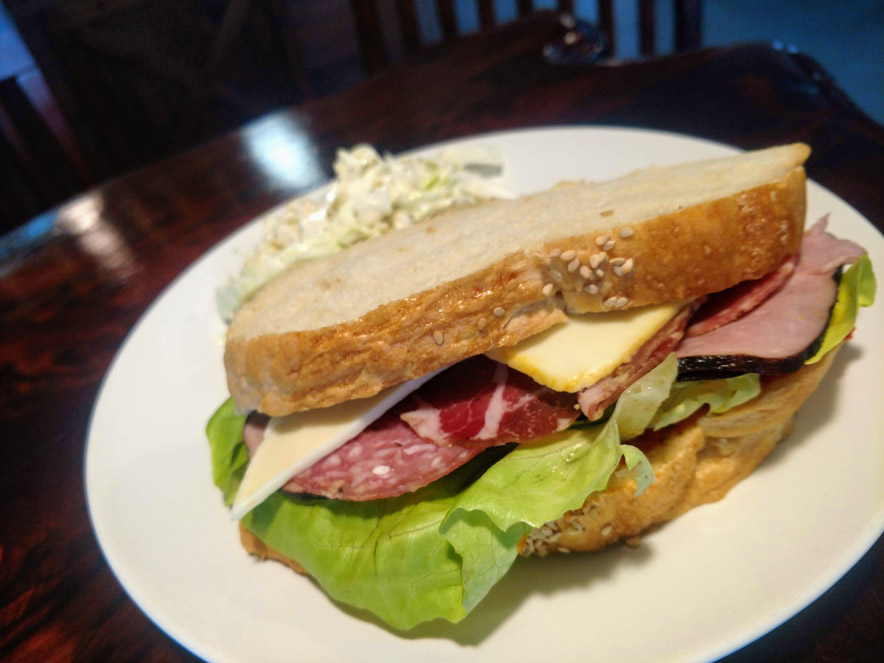 Any time is perfect for apricot-vanilla custard cake, meanwhile, coffee cake smeared with loganberry jam, and flourless chocolate cake. And bring the kids, too, since the sweets aren’t too sugary (thankfully!) and they can play board games like checkers and dominoes. 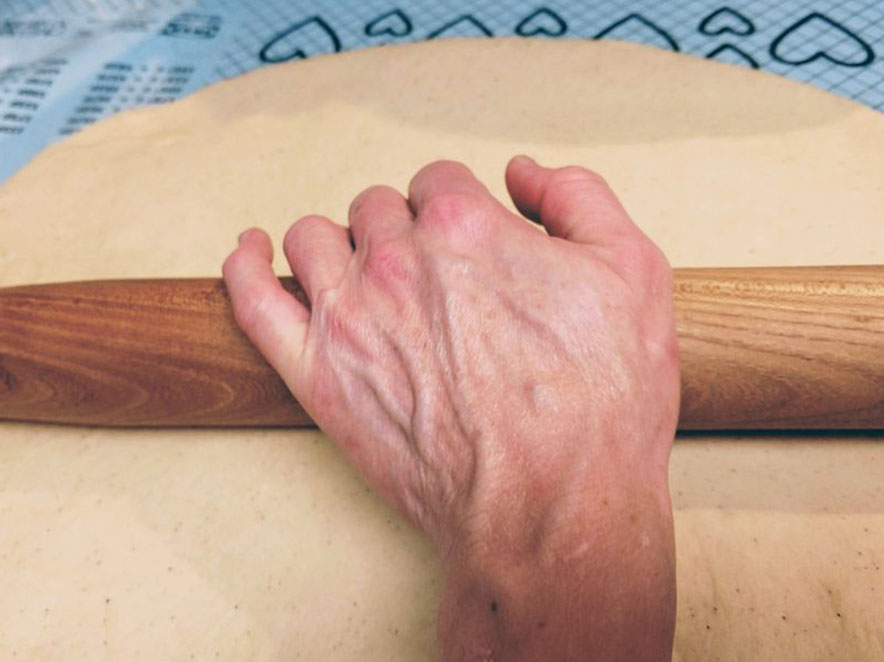 Gustavsson-Giesea has a long track record in Guerneville, by the way. Previously, she operated Helena’s Kitchen on Main Street, and was the owner of the now-closed Charizma Wine Lounge. She has also baked pastries at Della Fattoria in Petaluma and was chef and manager at the seasonal Jenner Bistro. And she’s done internships and front-of-house work with Fleur de Lys and the Farmhouse Inn in Forestville, and still works as a private chef in Sonoma County.

Baked on the River 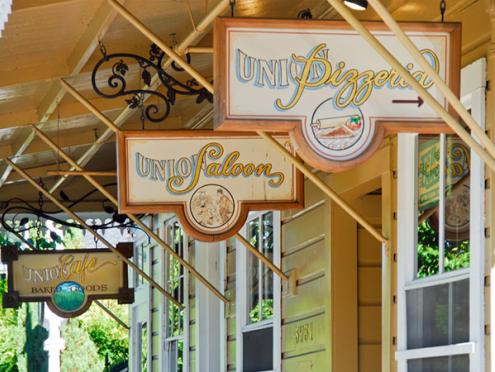 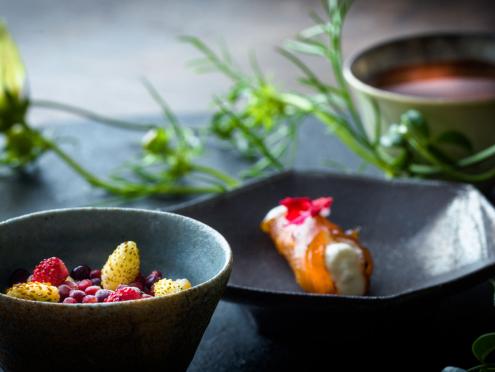 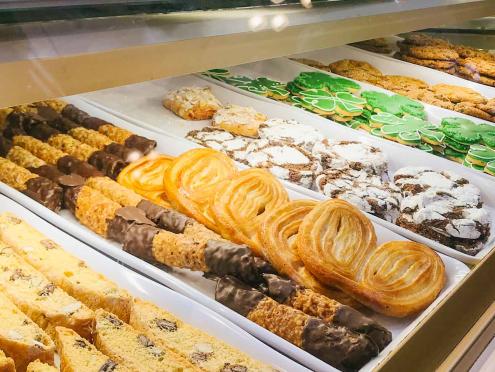