Beer has come a long way from the days when the only choices available were light or regular. In the past two decades, the flavors and styles on tap have grown into a booming industry that now satisfies patrons thirsty for fruity saisons, triple IPAs and barrel aged sours. Craft beer, once a niche market for a niche community of homebrewers and beer aficionados, has spilled out across the nation in record numbers. As of 2018, there are more than 5,500 breweries in the country creating unique and flavorful concoctions of hops, malt and yeast.

Sonoma County, and Santa Rosa in particular, reigns supreme in this golden age of beer with riches in the form of world-renowned craft breweries. With an ever-growing number of first-class beer venues to choose from, it can be hard for a beer-lover to plan his or her Sonoma suds adventures. With that in mind, we present a sampling of our favorite local breweries below. Cheers!

For beer aficionados, a handful of craft breweries make Sonoma County stand out - among them is HenHouse. HenHouse co-founders Collin McDonnell and Scott Goyne founded the brewery in 2012, and sold bottled beers exclusively at the Petaluma brewery. Four years later, they opened a Santa Rosa taproom; an industrial space featuring free popcorn and the Red Horse Pizza food truck out front. Now in its sixth year, HenHouse continues to churn out the kind of ales, sours and stouts that attract beer snobs from near and far. Their HenHouse IPA and Chemtrails IPA are two of the best IPAs we've tried and the limited-release Big Chicken DIPA is one of the most sought after brews made in Sonoma County. HenHouse is opening a second taproom, in Petaluma, during the first quarter of 2018. 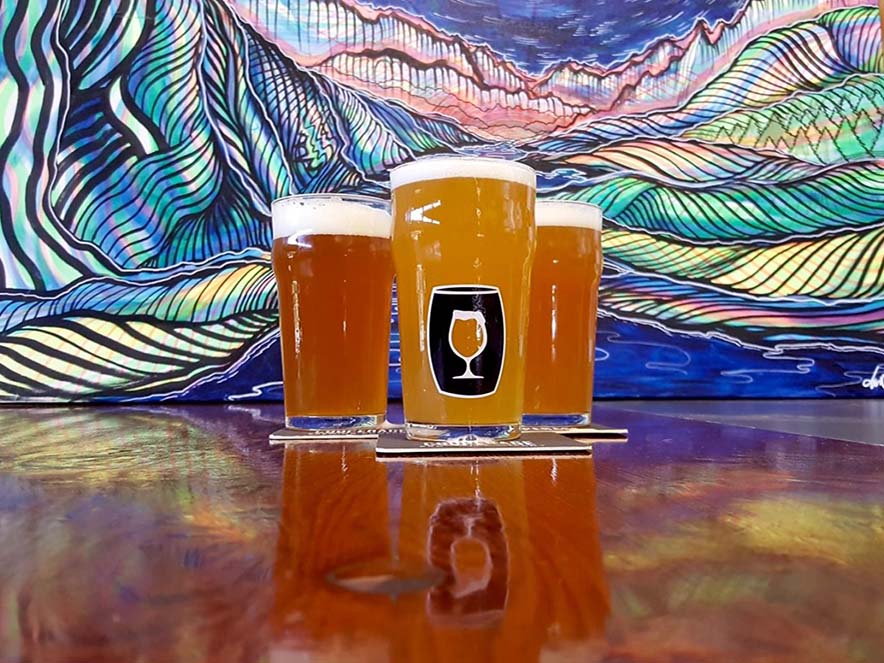 Cooperage head brewer and Orange County transplant, Tyler Smith has turned a decade of brewing in a garage into one of the premier craft breweries in one of the premier craft brewery locations in the world. The brewery, located in an industrial warehouse, has become a favorite destination for beer enthusiasts looking for unique and well crafted pale ales - The Wyatt Terp is a must-try for IPA lovers. Cooperage also features food trucks for the hungry, a giant projector screen for sports fans and an arcade machine with joystick classics for those looking for some old-school fun.

Founded in 2013 by Paul Hawley and Remy Martin, Fogbelt Brewing Company is another reason why Santa Rosa is repeatedly named a top of craft beer destination. Like the name of the brewery, Fogbelt's brews pay tribute to the North Coast - each flagship beer is named after a coastal redwood tree. From the crisp Atlas Blonde Ale to the robust Armstrong Stout, beer flights connoisseurs will not be disappointed with what's on tap. The brewery is also host to one of the best brewery kitchens we've encountered: try the fish tacos with pickled radish and chipotle crema.

Moonlight head brewer Brian Hunt is old school. Hunt was crafting brews before there was even a craft beer industry, and his Moonlight Brewing became the first microbrewery in Santa Rosa when it opened in 1992. The Moonlight brewery process relies on a no-frills approach: sight, smell and taste determine when a beer is ready and barley, grains and herbs make up the main ingredients. A sip on a Moonlight beer will bring you back to a time when the beer world was not dominated by hoppy IPAs; and the San Francisco-style, black lager "Death and Taxes" will make the previously pure join the dark side, for sure.

What is there to say that has not already been said about this Santa Rosa brewing behemoth? Russian River has won just about every beer award you can win, garnered worldwide fame and sent beer lovers into a February frenzy for the past 14 years with limited-release Pliny the Younger. While the brewery's hoppy Plinys (Younger and Elder) are definitely worth a try, the less intense, well-balanced and flavorful Blind Pig IPA should also be included on your beer bucket list. An added, and sometimes overlooked, bonus is the family-friendly atmosphere at the brewery (including a kids menu). But leave junior at home for the annual Pliny pilgrimage, no kid (and few adults) want to wait in line for hours.

Plow founder Kevin Robinson spent ten years plowing through the beer and wine industry before he opened his own Santa Rosa brewery in 2015. While Plow may not enjoy the kind of ballyhoo other breweries on this list do, that's no loss to Robinson; as the brewery website states: "We are not ones to follow the trend or make beer for the masses. We make beer for us.” Plow brews without chemicals, extracts or finings (a compound agent added to beer to improve clarity or adjust flavor/aroma), making every beer vegan-friendly. The taproom is small and the intimate atmosphere makes this an ideal spot for escaping the crowds while relaxing with a cold one. Order the Sonoma Coast Pils and Steel Share IPA. 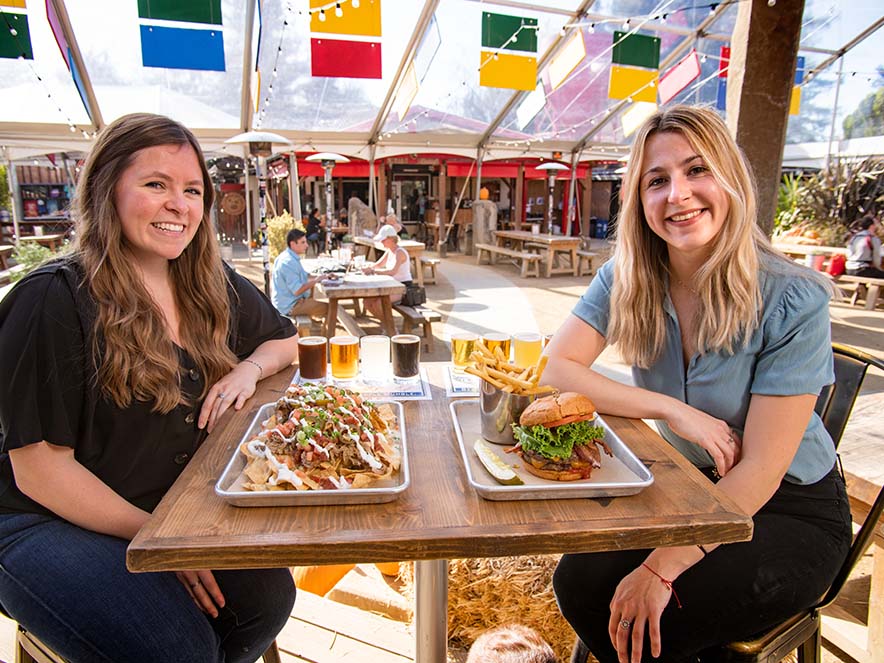 Barrel Brothers, like the name implies, is a family affair. The brewery was founded by brothers-in-law, Wesley Deal and Daniel Weber, and their father-in-law, Tom Sather in 2015. Considering themselves akin to alchemists, the family concocts magical potions from water, grain, hops and yeast. Their beers run the spectrum from light to dark. The “Blonde Voyage” Belgian ale makes for an ideal barbecue beverage, while the “Dark Sarcasm” porter is packed with chocolate, mocha and vanilla. Their “Naughty Hops” IPA is brewed with their revolutionary, ‘Hop Spanker’ technology. The Windsor tap room may be on the small side for some, but there are plenty of fresh beers on tap to enjoy. 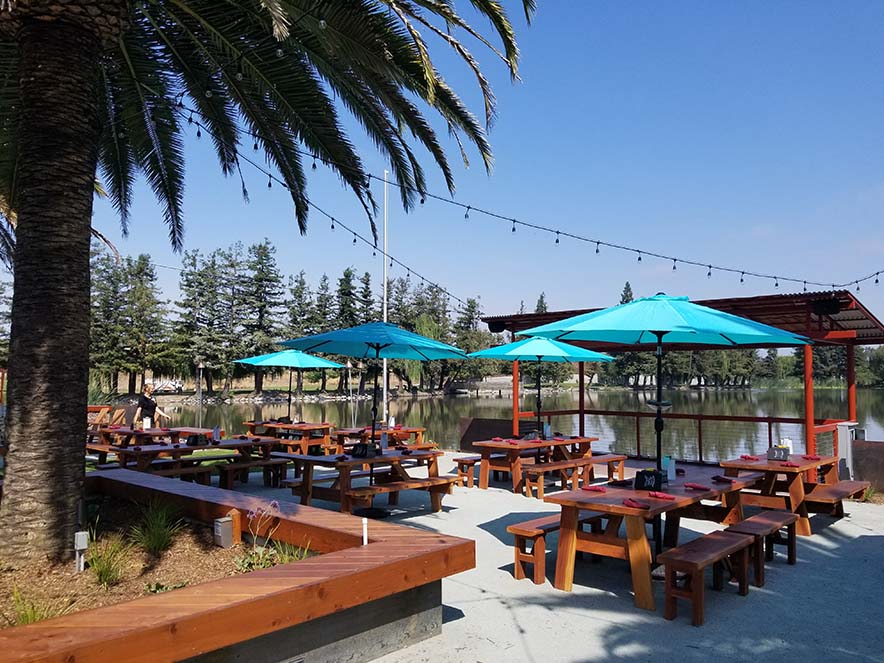 Founded by third and fourth generation Sonoma County natives, the Norgrove family’s Bear Republic is one of the first local breweries to flow in the craft beer industry. Established in 1995 and located in the heart of downtown Healdsburg, this Northern California institution is a must-visit for tourists and locals alike. The recent opening of a second location, Lakeside, with an outdoor patio overlooking Roberts Lake in Rohnert Park, makes for a nice spot to enjoy a Racer 5 IPA. Pair that with a plate of poutine, a kale salad or their fried polenta. 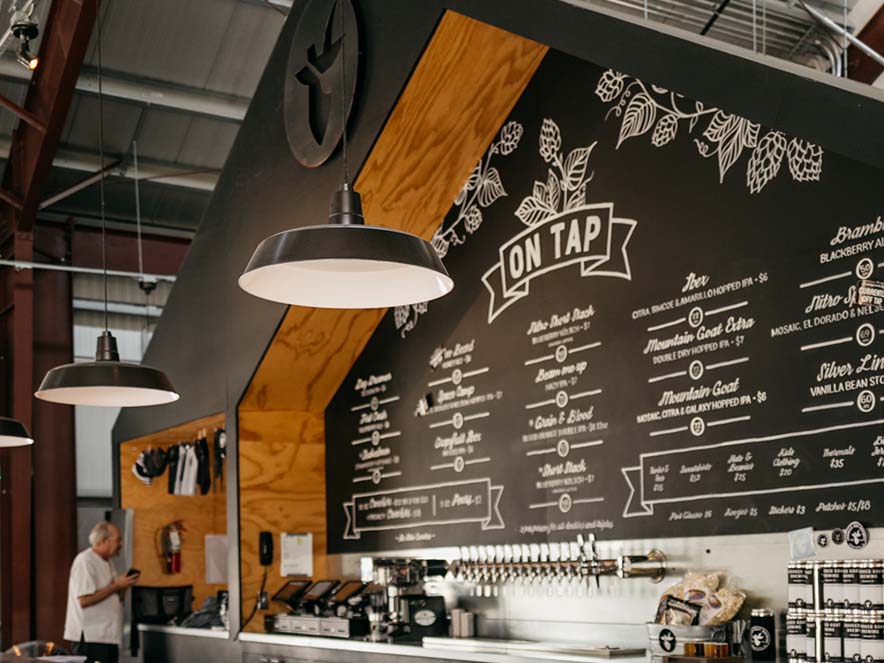 If you like to wet your whistle with some wheat brew, then Crooked Goat is the place for you. This Sebastopol brewery crafts unique wheat ales infused with flavors from honey, blackberries, raspberries - even bubblegum (featured in the aptly named "Bazooka Joe"). Crooked Goat also boasts a selection of hoppy, high ABV percentage IPAs, such as the West Coast-style "Ibex" and the apricot- and vanilla infused "Foggy Notion" DIPA. Brewmaster Will Erickson and crew took Crooked Goat from a garage to the ten barrel system taproom at the Barlow, winning The People’s Choice Award at the Santa Rosa Battle of the Brews in 2015. The brewery features free live music every Saturday from 3 to 5 p.m. 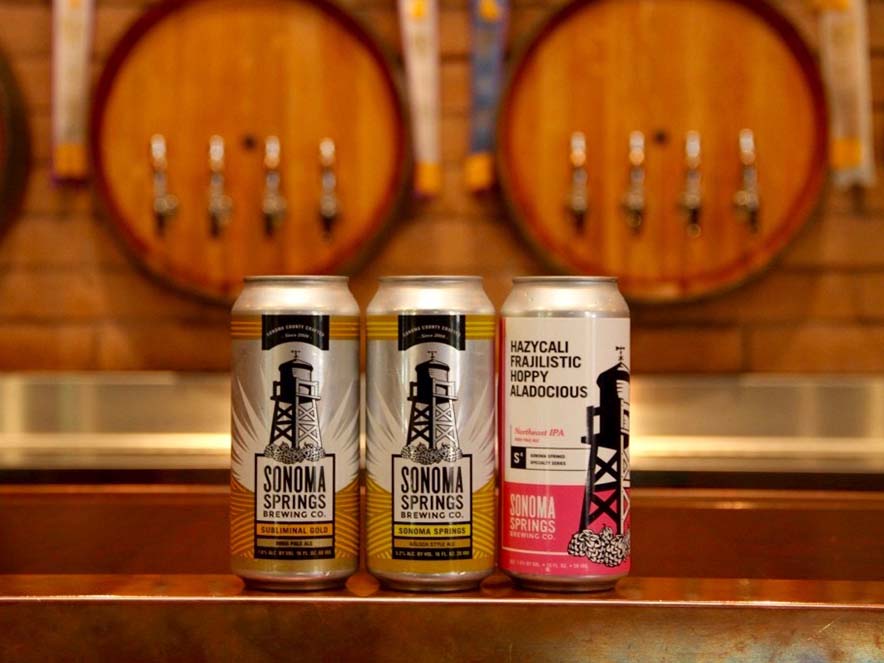 Tim Goeppinger isn’t afraid to experiment. As the head brewer at Sonoma Springs Brewing Company, the only brewery located in the city of Sonoma, Goeppinger continues to expand his lineup of California and German style beers – and he’s prolific in his production. Beginning of last year, he released seven new beers in two months. In keeping with the craft beer trend, all Sonoma Springs brews have catchy names: "Juicy in the Sky," "Women Are Smarter," and "SonomaComa" are a few examples. With over twenty fresh beers on tap, there's plenty to choose from at the taproom. 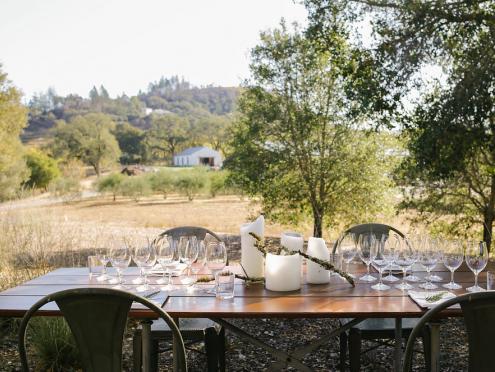