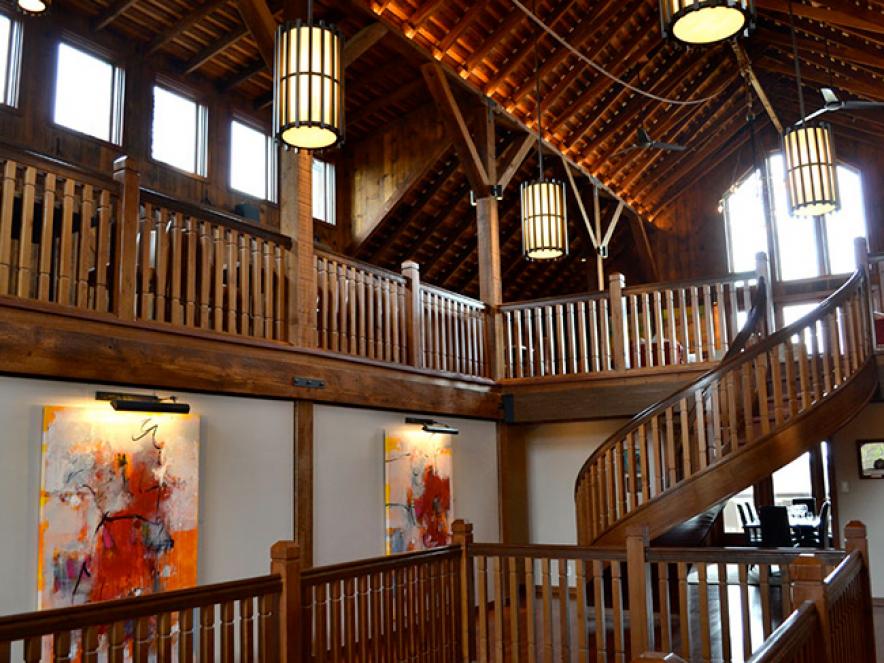 The La Crema wine brand has had deep roots in Sonoma County since it was founded here in 1979, and the winery's new tasting room and hospitality center, La Crema Estate at Saralee's Vineyard, has even deeper roots. It is a showcase of a very special Sonoma County agricultural heritage.

Cows don't just fall out of the sky in Sonoma County, to land in the rolling pastures of Petaluma and begin happily munching grass; and grapevines don't sprout up by themselves and start marching toward the redwood forested banks of the Russian River in orderly rows. Sonoma County's bounty is made by people, some of them so dedicated to the agricultural community that they become local legends, like Richard and Saralee Kunde. 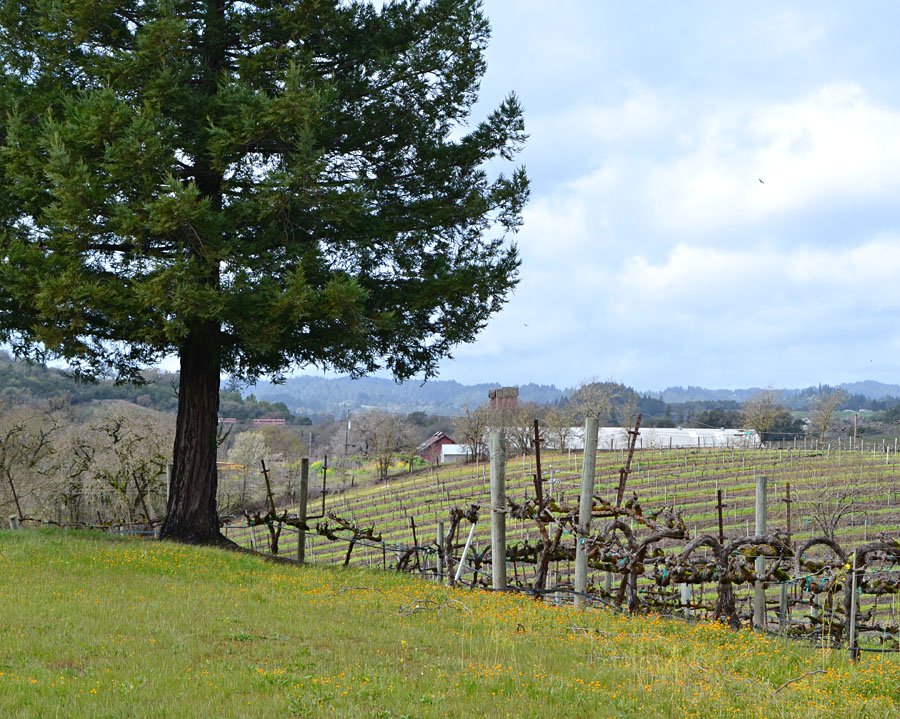 Richard Kunde hailed from a family that grew grapes and raised cattle in the 1940s — and still do — and today operates Kunde Winery in Sonoma Valley. In 1982 he bought a small grapevine nursery, and became an influential supplier to vineyards throughout the Golden State.

Saralee McClelland Kunde grew up in a successful Petaluma dairy family in southern Sonoma County. Together they were an ag power couple, best remembered for their philanthropy, contributions to youth ag programs like 4-H, and events at Richard's Grove, a redwood-wrapped meadow reclaimed from a blackberry thicket.

For two decades, the Kundes farmed grapes at Saralee's Vineyard, often happy to sell grapes to small, new wineries trying to get a start. It was a big surprise for locals when they sold the 265-acre estate to Jackson Family Wines (JFW), the privately held constellation of wineries founded by Jess Jackson of Kendall-Jackson fame, and sad news for many when Saralee passed away in 2014, followed by Richard in January 2018. 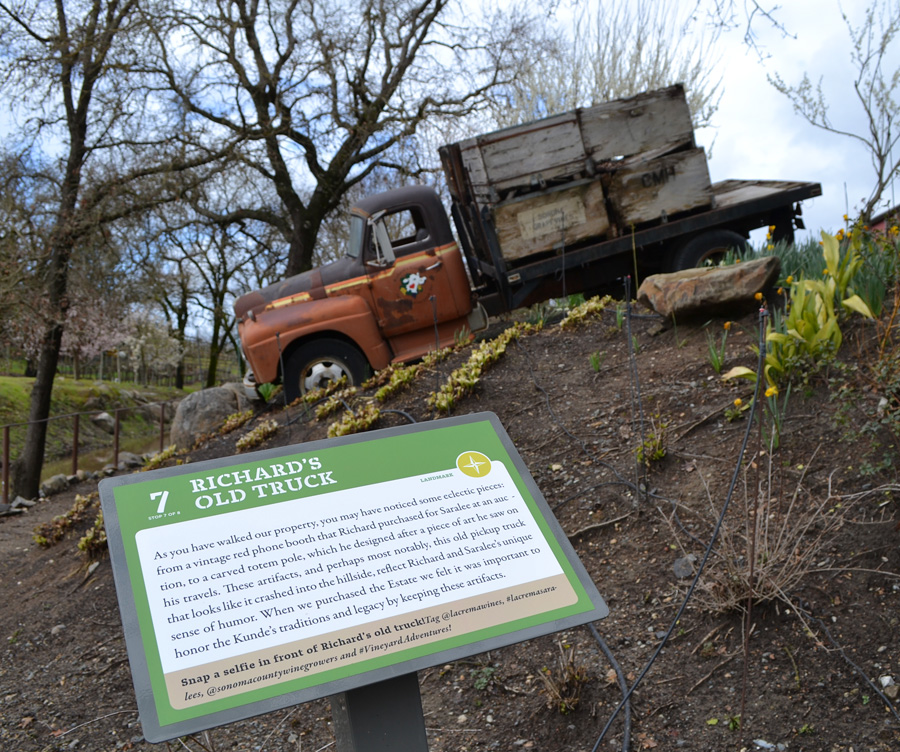 The good news is that the La Crema team has preserved much of the horticultural enthusiasts' landscaping — including quirky details like an old farm truck that Richard left stuck in the bank of a creek that runs through the property — and pays homage to their memory in the tasting room. Originally a barn built in 1900, the Kundes converted it into the ultimate rustic-chic residence, with two great fireplaces, an elaborate 'man cave' wine cellar, balconies, and even a 'throne room' style bathroom that has been preserved.

Opened in 2016, the estate has already seen some marriage proposals on the property, which the staff are experienced with assisting in — the landscaping was inspired, I'm told, by Richard's proposal to Saralee at the Montréal Botanical Garden.

Those who are here more for the romance of Russian River Valley wine history might want to ask about the vineyard row marked 'Rod's Row.' The history of La Crema comes full circle.

A Taste of La Crema

La Crema's big sellers are the 2016 Sonoma Coast Chardonnay ($23) and 2015 Sonoma Coast Pinot Noir ($25), restaurant favorites, and, straining against those low price points as they are, wines of dependable Sonoma County quality. But this is not the place to taste them: the estate tasting room offers a range of vineyard-designated and appellation-level wines from JFW's recent Oregon acquisitions down to Monterey, the sweet spot in the middle being, of course, Sonoma County.

The Chardonnays are remarkably familiar throughout regions, which might have something to do with their 'house strain' of malolactic bacteria, the micro bug that eats malic acid and spits out lactic acid, in effect. Here, instead of 'buttery,' the result is more like cream; the aroma of oak, while noticeable, is also muted—planed down to a sliver, if you will, polished until gleaming.

Silky and subdued, the 2014 Saralee's Vineyard Chardonnay ($45) hints of vanilla and lemon merengue pie. Among the more forward Chards, the 2015 Kelli Ann Chardonnay ($55) is the essence of golden baked apple, transformed. 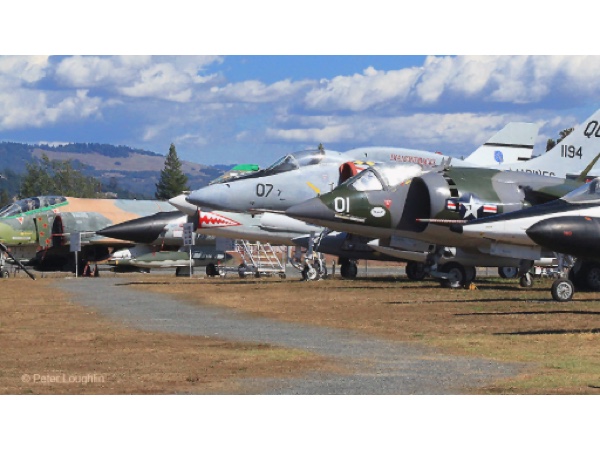 Aviation fans may be happy to find the Pacific Coast Air Museum a mile or so farther down Slusser Road, with a right at Laughlin, then a left at North Laughlin. Original wine country cuisine has been served at John Ash & Co. for over 30 years, a few miles east on River Road near the Highway 101 freeway. 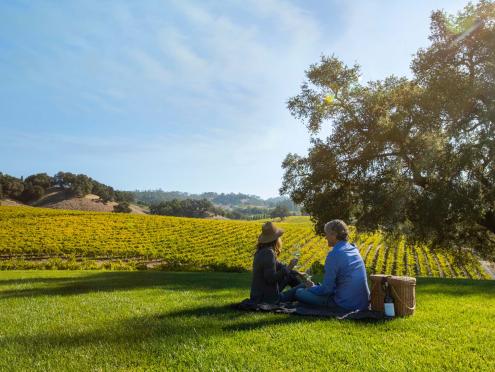 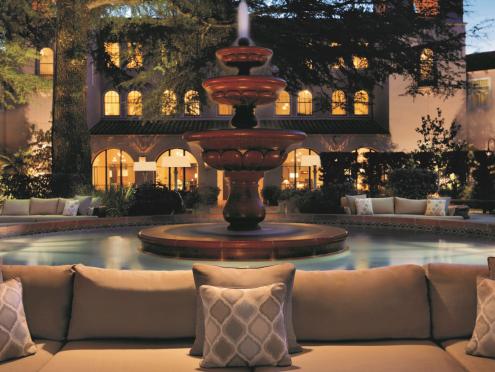