The riverside town of Petaluma (pop. 57,941) on Sonoma County's Highway 101 was once called the "Egg Basket of the World" for its bustling egg industry in the early 20th century.

Petaluma is now a foodie haven, with dining options that include a mix of ethnic cuisines and awarding-winning restaurants using the best locally grown and produced products.

Known for its wines, Petaluma also boasts world-class beers and ales, award-winning olive oils, and artisan cheeses that are served in some of the finest restaurants nationwide. And Petaluma has a wide array of lodging choices, from brand names to charming inns.

Built on secure bedrock, Petaluma was one of the few Bay Area communities not damaged in the 1906 earthquake.

Today, Petaluma's well-preserved city center is filled with an engaging mix of boutiques, antiques shops, and specialty stores, many in historic buildings.

The town boasts a thriving arts community, with more than a dozen downtown art galleries, exhibiting handcrafted jewelry, paintings, and sculpture by contemporary artists of local and international renown.

A Walk in Petaluma's Historic Downtown

A leisurely walking tour of historic Petaluma, stopping along the way for lunch, is a great way to explore the area while relaxing with family or friends. First settled in 1851 and chartered in 1858...

5 Fun Things to do in Petaluma

Sonoma County is home to one of the state's oldest and most historic cities: Petaluma. It boasts a well-maintained downtown that is listed on the National Registry of Historic Places. First settled in... 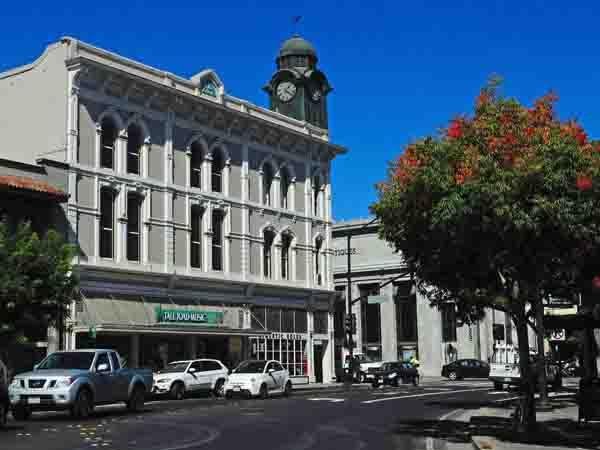 Stretched out on both sides of US Highway 101 on the southern edge of Sonoma County, Petaluma (pop. 57,941) boasts a well-preserved historic city center that has been featured in many Hollywood movies...

Find Things to Do in Petaluma 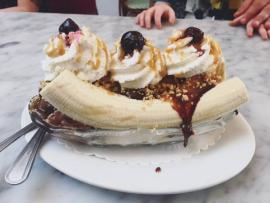 Family owned and operated, located in the heart of Historic Downtown Petaluma, we at Lala's enjoy providing our customers with the finest, freshest and most innovative flavors and assorted ice cream… 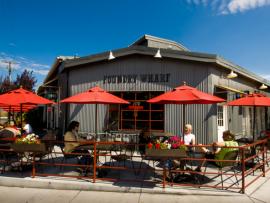 Aqus Café was created to foster community by providing a space for people to meet, connect and get to know each other. Today, it is a community living room attracting a wide diversity of people… 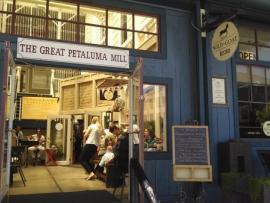 Nestled in the historic Great Petaluma Mill, the Wild Goat Bistro offers a casual dining experience in a rustic and inviting atmosphere. The charming space reflects a European style bistro with… 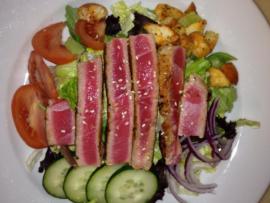 Located in the charming rivertown of Petaluma, right across the street from the historic 1914 train station. Now you can take the SMART Train to TRAXX! 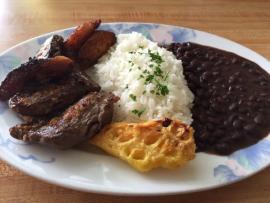 Welcome to BrasilBBQ. We serve authentic Brazilian food in a casual family style environment. All of our food is made on site from fresh locally sourced ingredients. We have reasonably priced food and…

We use traditional bagel making techniques and the best ingredients to bring you the highest quality bagels. Our bagels are made with fresh flour, whole grains, and fermented with a sourdough starter. 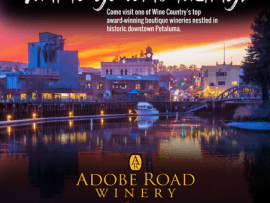 Adobe Road is a Petaluma based boutique winery producing artisan wines from premium vineyards in both Sonoma and Napa counties. We maintain collaborative relationships with our growers and carefully… 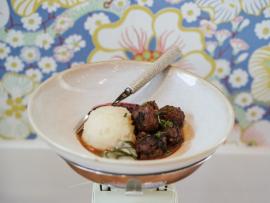 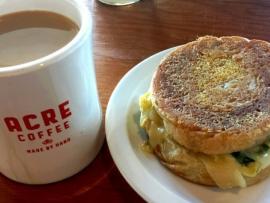 We are part of the craft coffee movement and practice standards that bring out the best in coffee. Our high quality, skillfully roasted beans, are freshly ground and prepared to exacting standards.…