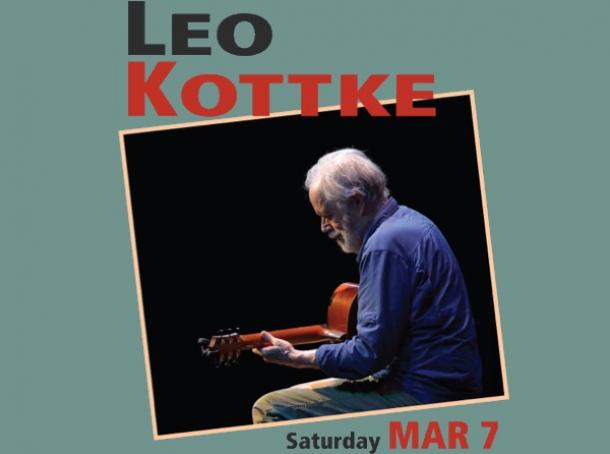 Grammy Award winning acoustic guitarist Leo Kottke was raised in 12 states, playing violin and trombone before abandoning Stravinsky for guitar. After college, traveling, and the Navy, Kottke issued his 1968 recording debut LP Twelve String Blues, followed by further releases and collaborations. He has two Grammy nominations; a Doctorate in Music Performance by the Peck School of Music at Univ. of Wisconsin; and a Certificate of Significant Achievement in Not Playing the Trombone from Univ. of Texas.