The Passion of Tosca 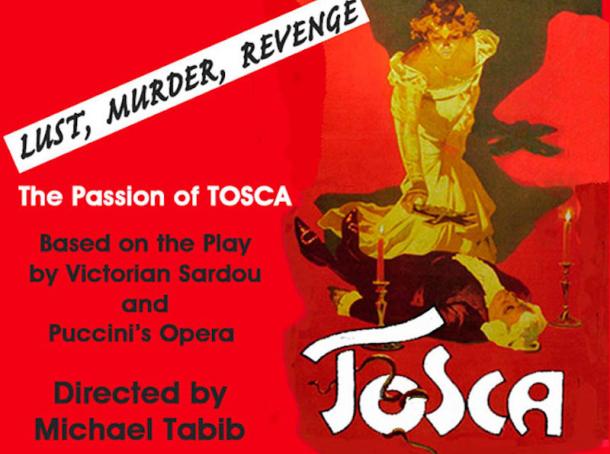 The great 19th-century actress Sarah Bernhardt made a sensation with the five-act French play, La Tosca by Victorien Sardou, and then Italian composer Giaccomo Puccini took it to further success as a three-act opera at the turn of the century; it has since enjoyed popularity at opera houses around the world. Curtain Call Theatre has now adapted this great melodrama as a sumptuous English-language production, with dark humor, larger-than-life characters, exceptional sets and costumes, and a distinguished cast of players.