Fun Things To Do in Rio Nido

Set beneath towering redwoods, this small hamlet — located where Rio Nido Creek meets the Russian River — is a great base for adventures, and offers a few of its own.

Rio Nido's origins date back to the 1860s and, around the turn of the last century, the area became a popular location for summer homes. In 1915, when a Tudor-style hotel was built, Rio Nido became a popular resort.

From the 1920s and into the 1950s, big bands played to crowds of dancers in open-air pavilions. Among the famous bands of the day who played Rio Nido were those led by Ozzie Nelson, Harry James, and Woody Herman.

In the 1960s, Santana, the Grateful Dead, and other popular groups played the Rio Nido Lodge. As you'll see below, bands still play in Rio Nido — and people still dance — every weekend.

Here are fun things you can do on your visit to Rio Nido:

Kick Back at the Rio Nido Roadhouse

You'll know you've arrived at this famed local institution when you spot the double-wide trailer at the entrance to town. Park your car and join the fun. Aside from the full bar (with a large selection of beer on tap) and roadhouse-style food (buffalo wings, ribs, burgers, taco salad, pizza, all done with style), you can swim in the community pool out back and — on weekends — lounge beneath the redwood trees in Adirondack chairs and groove to live danceable music on the outdoor stage. There's a different band every weekend, and music styles range from 1940 Big Band to the Beatles, French folk to reggae, raw country to cool blues.

From Memorial Day Weekend through Labor Day Weekend, you can enjoy an old-fashioned day around the family-friendly Rio Nido Roadhouse Pool (a lifeguard is always on duty, so bring the kids).

The snack bar dishes up hamburgers and  hot dogs, a more extensive menu is offered on the outdoor patio, and swim classes and special events are scheduled throughout the season.

Picnic with the Family at Bruno Farnocchia Memorial Park

With soaring trees and a seasonal creek, this three-plus-acre park and community gathering spot is the perfect place for a fun-filled family picnic. There's a lot to do, with a playground, horseshoe pits, a tennis court, picnic tables, and barbecues. The family pooch will enjoy the dog park, and the community garden is an inspiration to those who grow their own produce.

Step Back in Time at Rio Nido Lodge

Built nearly a century ago, historic Rio Nido Lodge is rich with history and reminders of long-ago eras. In its early days, the Lodge hosted famous artists such as the Dorsey Brothers and Bing Crosby, while a later generation grooved to bands like Santana and the Grateful Dead (it's rumored that Jerry Garcia was a frequent guest in the property's cottage). Today the renovated Lodge features 11 modern sleeping rooms plus a cottage, all in a rustic redwood-tree setting. Note: The lodge closed temporarily after floods in February 2019, and is expected to reopen soon. 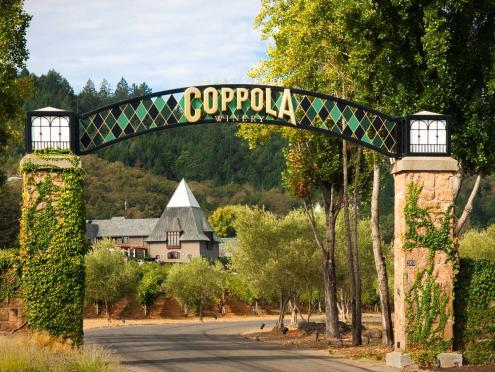 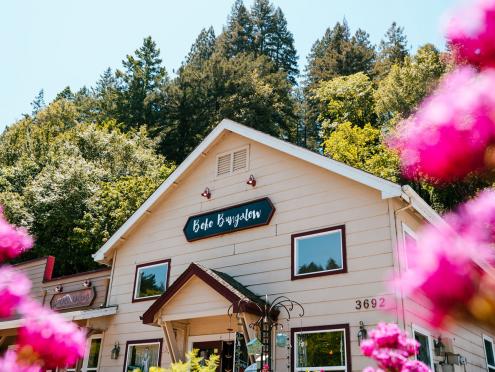