Skip to main navigation
LeFebvre's Hotel in the Bloomfield area of Petaluma, circa 1854—now a steakhouse called Stormy's Supper and Spirits

In the restaurant business, it’s saying something to make it through the first year and rare to last more than 10. But in Sonoma County, there are more than a dozen restaurants that have survived well past their 30th year and a handful that have outlasted generations of diners, stretching back more than a century.

These are well-worn eateries that have a proven formula. Most share a common heritage: They were built by Italian immigrants to the region and have continued to serve hearty family-style meals at approachable prices for decades. It’s not a stretch to say that the farms, timber mills, railroads and vineyards of Sonoma County were built on pasta and meatballs. And maybe a steak or two.

We pay homage to 23 tried and true restaurants that have stood the test of time and are still going strong.

Established in 1854 as a roadhouse called LeFebvre's Hotel, the restaurant turned into a steakhouse in the early 1970s. Stormy’s has hosted generations of West County diners, and remains a family-style dining destination in Bloomfield. 6650 Bloomfield Road, Petaluma, 707-795-0127

A former stagecoach stop connecting Petaluma, Santa Rosa and Bodega, this historic roadhouse is best known for two things: Dollar bills pinned to the bar ceiling and The Battle of the Washoe House.

According to legend, following the 1865 assassination of Abraham Lincoln, a group of Petaluma militia were intent on creating trouble for Southern-leaning Santa Rosans. Their thirst got the best of them and the group ended up getting drunk instead of rabble-rousing. The Washoe House was sold in 2015 to Petaluma Creamery owner Larry Peter. 2840 Stony Point, Petaluma, 707-795-4544

Though it has operated as a grocery for most of its existence, Volpi’s major claim to fame was as a speakeasy in the 1920s. Locals know that the “secret” bar is still in operation, with a convenient escape door to the alley in case of a raid. Or your ex-wife.

The grocery became a restaurant in 1992, though there’s still an old Italian grocery vibe with well-worn wooden floors and walls lined with Italian tchotchkes, accordions and candle wax-covered chianti bottles.

Brother and sister John and Sylvia Volpi grew up in an accordion-playing family and used to play Friday and Saturday nights and for special occasions at Volpi's Ristorante and Bar in Petaluma. Sylvia passed away in 2017. 124 Washington St., Petaluma, 707-762-2371

This Occidental restaurant has been around for more than 125 years, serving up family-style Italian dinners since 1876. What began as the Union Saloon and General Store grew into a family business, with four generations managing the restaurant over the years.

A signed photograph of Christo's "Running Fence" is displayed inside the restaurant, which the artist frequented while constructing his 1976 installation art piece. 3731 Main St., Occidental, 707-874-3555

Italian immigrants Santi and Virginia Catelli opened Catelli’s “The Rex” in tiny Geyserville as an unpretentious family eatery featuring spaghetti, minestrone and ravioli. The family closed the restaurant in 1986, but it was reopened in Healdsburg, where it stood until 2004. 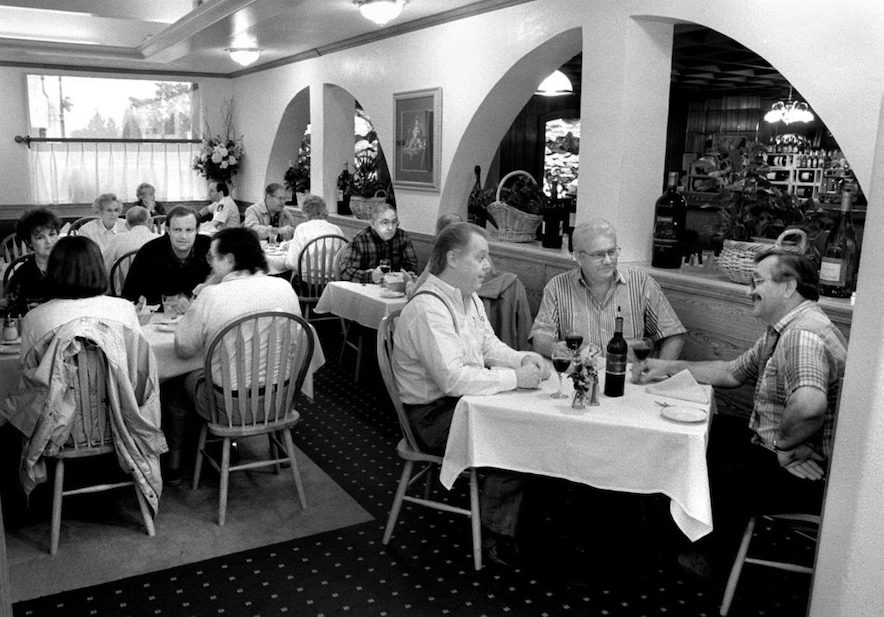 Pictured above is the dining room at Catelli's The Rex restaurant in Geyserville in 1997. At the front right table are, left to right, Ken Hampton of Windsor, Bill Coleman of Winsdor, and Mike Mazzoni of Healdsburg.

In 2010, siblings Domenica and Nick Catelli (pictured) reopened the restaurant at the original Geyserville location, where its been host to a number of celebrities, but remains an approachable family-style restaurant. Their paper-thin layers of lasagna noodles makes Catelli’s version one of the best in the region. 21047 Geyserville Ave., Geyserville, 707-857-7142

Though the building dates to 1908, when it served train travelers, the current restaurant didn’t open until 1939. Run by Henry and Mabel Dinucci, the restaurant was a welcome stop for hearty family-style Italian dinners.

The restaurant was sold to the Wagner family in 1968, but some of Mabel's recipes have stood the test of time and are still in use today. The historic interior hasn’t changed much, with red and white checkered tablecloths right out of the 1940s. 14485 Hwy. 1, Valley Ford, 707-876-3260

This family-owned Italian restaurant started as a stopover for train travelers going from San Francisco to Eureka. The restaurant lore is that the original owner, Joe Negri Sr., an Italian immigrant, was once the personal chef of movie legend Rudolph Valentino.

After moving to Santa Rosa, he opened Negri’s, which has continued to serve up traditional Italian pasta dinners, many using original recipes from the 1930s, ever since. 3700 Bohemian Highway, Occidental, 707-823-5301

The history of Sonoma is written on the walls of this historic inn, restaurant and bar. An Italian-focused menu reflects the generations of family ownership. 18 W. Spain St., Sonoma, 707-938-2884

Though it's a bit of a sleeper, the off-square restaurant is located inside a historic 19th-century hotel and features a hidden pool on the outdoor patio. Owner Michael Ghilarducci and his wife founded a cooking school in 1987 and now their son, Antonio, is the executive chef. 241 First St. West, Sonoma, 938-2980, depotsonoma.com

With simple, traditional Mexican food just off the Sonoma Square, La Casa has seen the transformation of this sleepy rural town into the tourist destination it is today. The restaurant was purchased in 2015 by the Sherpa Brothers Group, Nepalese restaurateurs who’ve reinvigorated several of the town’s restaurants. If you go, don’t miss the margaritas. 121 East Spain St., Sonoma, 996-3406

Though the original Boyes Hot Springs location is gone, Mary Fazio opened her first pizzeria with her family's recipes and her own pots and pans from home. The chain has grown exponentially throughout the Bay Area with 17 locations now in business, including Sonoma, Petaluma, Windsor, and Santa Rosa.

Billing itself as the oldest continuing breakfast and sandwich cafe in Sonoma County, Mac's was originally opened by Mac Nesmon as a New York-style deli. The Soltani family bought the place in 1970 and have been running it since. The Rueben sandwich is a can't miss. 630 Fourth St., Santa Rosa, 707-545-3785

Great views and a popular bar have made this Italian restaurant a destination for generations. The fare is right out of the 1950s, with dishes like Beef Stroganoff, Sole Dore, Veal Picatta and Scaloppine, Shrimp Louie and spaghetti and meatballs, but newer additions like pizza and risotto are also popular. You’ll find plenty of early-bird diners (dinner starts at 3 p.m.), along with a newer generation at Happy Hour, enjoying the hilltop gathering place. 3901 Montgomery Dr., Santa Rosa, 528-7755

You’ll find owner Don Taylor at the door of the original Santa Rosa location most weekends, welcoming generations of families who’ve made breakfast at Omelette Express a tradition. Omelettes are, of course, a best bet, but there’s plenty more on the lengthy menu, including Benedicts, burgers, sandwiches, salads and some of the best coffee in town. 112 Fourth St., Santa Rosa, 525-1690; 150 Windsor River Road, Windsor, 838-6920, omeletteexpress.com

Roger Praplan relishes the fact that he’s serving the grandchildren of some of La Gare’s early customers. Praplan’s parents were early entrepreneurs in Santa Rosa’s Railroad Square, purchasing their lot for $25,000 in 1977. Though dining trends have come and gone during the restaurant’s 30-plus years, Praplan stays laser-focused on the traditional French cuisine that’s made the restaurant a popular birthday, anniversary and holiday restaurant for decades. “People always want to reinvent. Just readjust, and stick to your vision,” said Praplan. 208 Wilson St., Santa Rosa, 707-528-4255, lagarerestaurant.com

It’s impossible to talk about Sonoma’s longstanding food scene without paying homage to its patriarch, John Ash. What began as an idea became a revolution — using nearby produce, meats and cheeses to create wholesome, ethical, lush food and pairing it with great local wines.

It seems almost quaint now, but Ash was an early pioneer at his Montgomery Village restaurant. Ash is no longer in the kitchen of his eponymous restaurant, but some of the top area chefs and winemakers (Jeffrey Madura, Dan Kosta, Michael Browne) are alums of this historic eatery.

This family-friendly steakhouse was started by ranchers, and quickly became a go-to for giant slabs of beef, beans and the Cowpie Brownie Sundae. Locations in Santa Rosa's Montgomery Village and Petaluma, cattlemens.com.

English-style fish and chips served up with the world's best lemon pie have been Santa Rosa favorites for more than 50 years. The restaurant got a facelift in 1996 and has continued on the tradition. 4046 Sonoma Hwy., Santa Rosa, 707-539-0899, bettysfishandchips.com

After a year-long renovation, this historic inn reopened its restaurant and guest rooms in April 2022.

One of the oldest hamburger restaurants in America, this Cloverdale drive-in has been serving up beefy burgers, hot dogs and shakes for nearly a century.

The restaurant was purchased by Nicole Garcia and her family in August 2021. The drive-in sources produce and meat from Sonoma County distributors and companies. It continues to offer hand-scooped shakes, malts and soft serve, with a modern twist. 117 S. Cloverdale Blvd., Cloverdale, 707-894-2962, healdsburger.com.

Though the building was originally constructed in the late 1800s, the 1906 earthquake mostly destroyed the town. In 1976, a restoration project brought the town back to life. The Blue Heron has a lengthy menu that includes local seafood, burgers, salad and chowder. 25275 Steelhead Blvd, Duncans Mills, 707- 865-2261 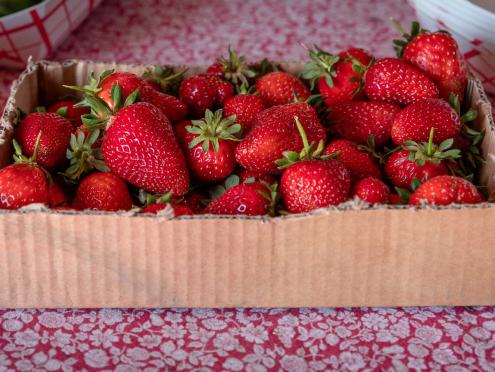 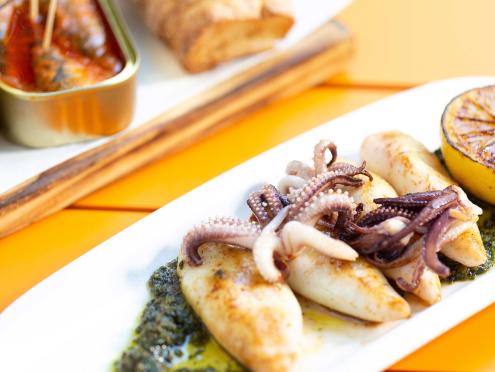 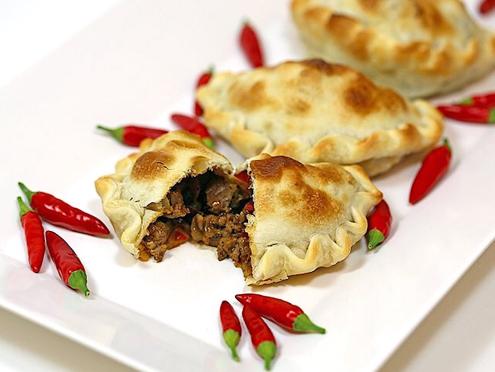