Introducing the Sonoma Sound – a project to develop a soundtrack that captures the emotion of exploring Sonoma County. A partnership between Creative Sonoma, Sonoma County Tourism, and the National Endowment for the Arts, the ‘Sound’ was created by a local GRAMMY-recognized songwriter, with the talents of musicians from throughout Sonoma County, and recorded in a Santa Rosa studio. Discover more about this project, and the destination that inspired it, below.

Listen to the "Sonoma Sound"

Watch The Making of the "Sonoma Sound" 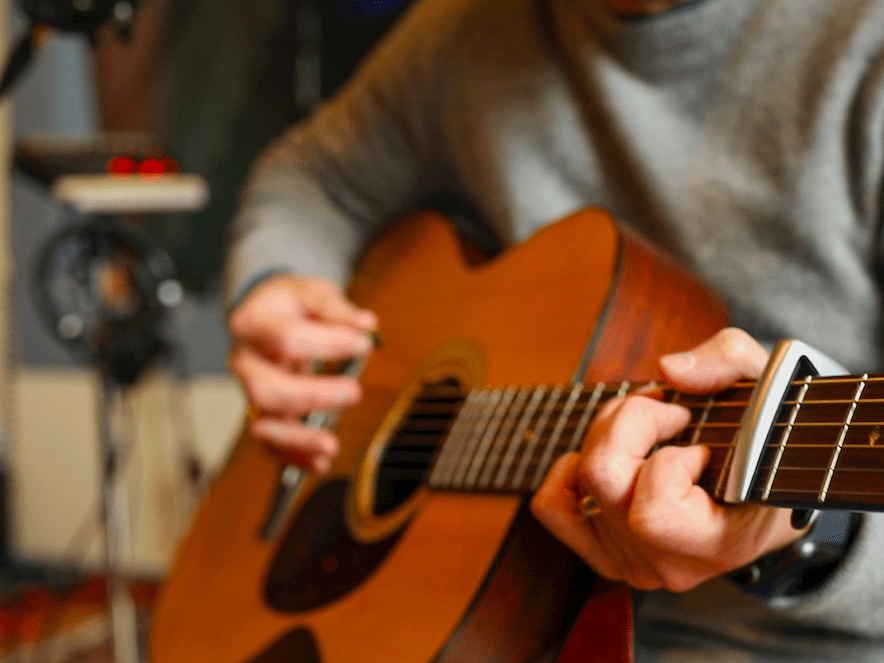 A GRAMMY-recognized songwriter, Cliff has built a catalog of more than a thousand songs. He’s worked as a staff songwriter for a Nashville publisher and his songs have been cut by major label artists across genres that include country, pop, jazz and classical crossover. Cliff’s songwriting collaborators include Keb’ Mo’ (with whom he co-wrote on the GRAMMY-winning album "Oklahoma"), multi-platinum selling artists Ke$ha, Lisa Loeb, Chris Barron (Lead singer of the Spin Doctors) and Grateful Dead drummer, Mickey Hart. His music has been used on NPR’s “This American Life” and in national advertising campaigns. Cliff’s co-write with artist Spencer Day, “Till You Come To Me,” went to num. 1 on the jazz charts.

A multi-instrumentalist, Cliff has recorded, played on and produced thousands of recordings and album projects for major and independent music publishers and record labels. His client list ranges from brand new songwriters to GRAMMY winners. The recordings Cliff has engineered and produced have ended up as major label cuts, national advertising campaigns, in feature films and on television.

Where to find Cliff online:

Where to buy Cliff's music: 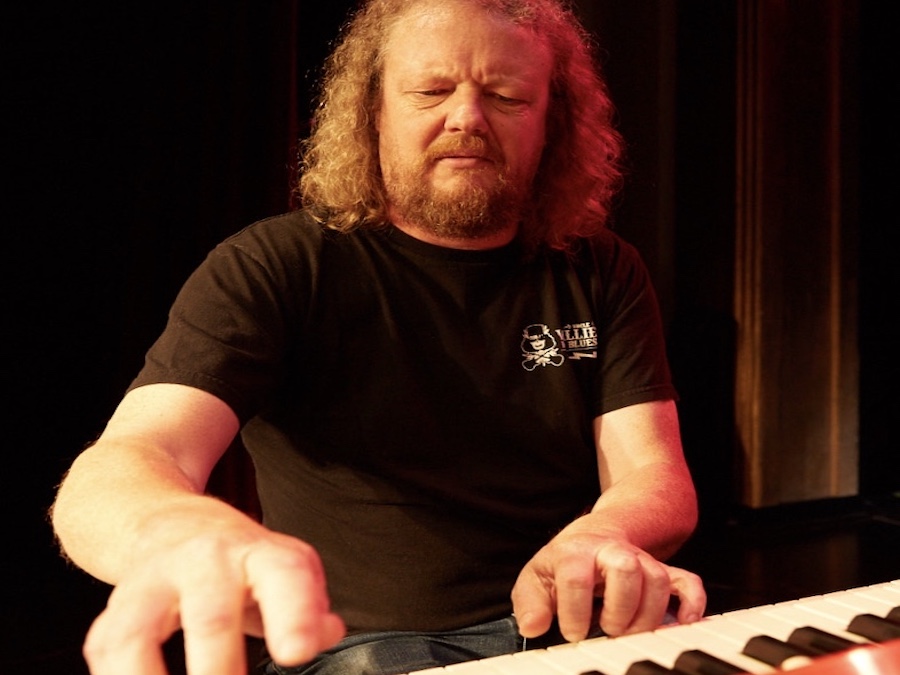 Mike was born in San Francisco in 1967.  He started piano lessons at the age of 7, and started playing in bands in high school.  Since then, he has performed and/or recorded extensively with a wide range of musicians—Elvin Bishop, Carlene Carter, Percy Sledge, Tommy Castro, Zigaboo Modeliste, Chris Cain, The Blues Broads, Terry Haggerty, Harvey Mandel, Debbie Davies, James Armstrong, Will Ray (from the Hellcasters), Earl Thomas, Johnny Dyer, Christine Lakeland and Thad Beckman, to name but a few. Mike has performed at some of the world’s most prestigious festivals, including the Monterey Blues Festival, Chicago Blues Festival and the Montreux Jazz Festival.

Where to find Mike online:

Where to buy Mike's music: 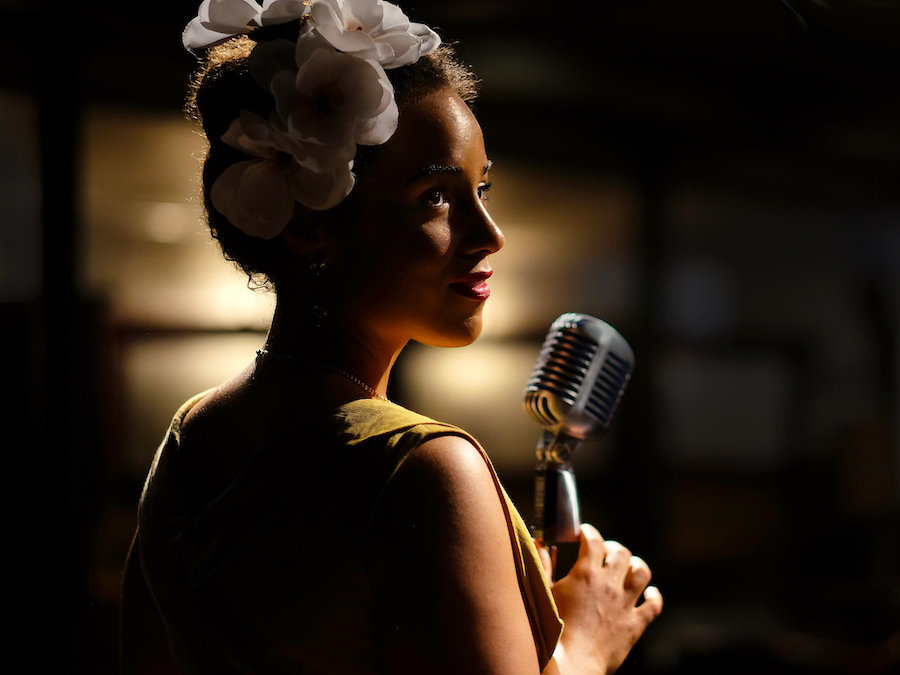 Singing since the age of eight, Stella feels wholly blessed to be able to express herself through music and song, and to carry forth the torch of the jazz music that she loves so dearly. She grew up in the North San Francisco Bay Area, steeped in her mother’s eclectic music collection. Some of her early musical influences were Louis Armstrong, Edith Piaf, Buena Vista Social Club, Billie Holiday, Tom Waits, Bob Dylan and Ella Fitzgerald.

Stella's education was primarily in acting at Interlochen Arts Academy and Syracuse University, where she received a degree in classical acting and cultural geography. She spent many years as a Shakespearian actress based out of New York City, where she began to sing jazz again with the incredible Marjorie Eliot in Harlem. She moved to her home state of California in 2014, and began playing music full time, starting the Bay Area band Bandjango Collectif, a wild around the edges band that mixes French Jazz Manouche, New Orleans Hot Swing, and Eclectic Global Folk, allowing Stella to explore and play in vocal improvisation, different languages, and song interpretation.

In 2019 she debuted The Billie Holiday Project, a historically centered musical tribute to the great Lady Day. The show was met with great success and quickly moved into some of the Bay Area's most reputable listening venues. The pandemic brought fruitful new musical connections and collaborations with musicians such as Marcus Shelby, Gunhild Carling, and Ben Levin in Cincinnati. Stella has a passion for uncovering old gems from the library and music archives. She has a deep love for jazz and its history, and believes it should be an integral part of American childhood curriculum.

Where to find Stella online:

Where to buy Stella's music: 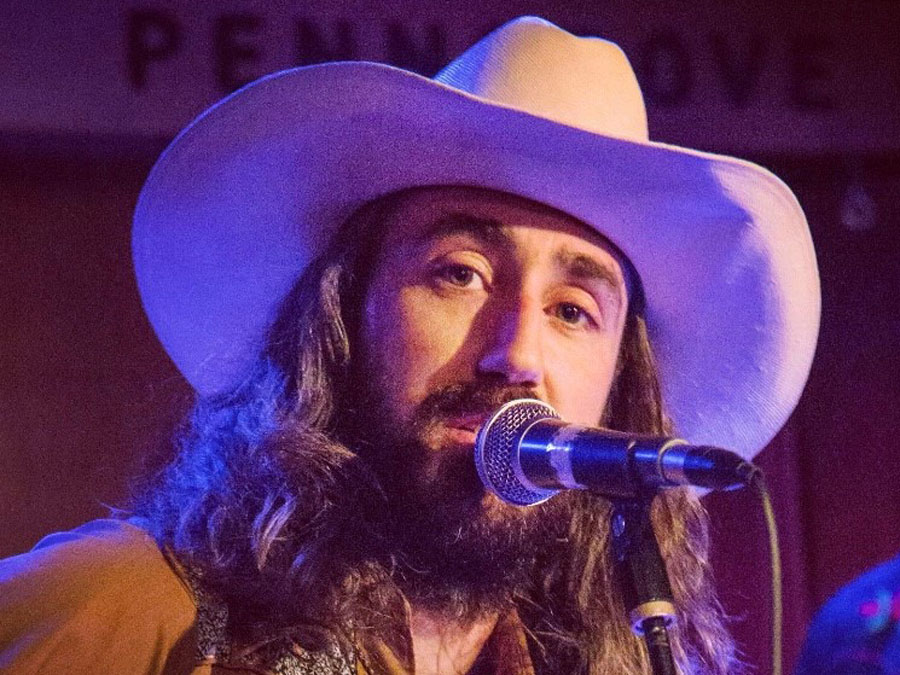 Kevin Carducci is a founding member of The Easy Leaves and Lowstar Radio.  The Easy Leaves have headlined the Great American Music Hall, Outside Lands Festival, and the Strawberry Music Festival, to name just a few.  They have been hired as sole support on shows and runs by Dwight Yoakam, Junior Brown, Nitty Gritty Dirt Band, Asleep At The Wheel, Blind Boys of Alabama, Ry Cooder, Ricky Skaggs, Charlie Musselwhite, and Los Lobos.

The band’s original songs meander from bluegrass stomps to personal spirituals – minor swings to honky-tonk grinds, and even the occasional rolling waltz. While their style leans toward traditional ‘old-time’ American folk music, they consistently branch out beyond the narrow confines of genre, creating a distinctive 21st century acoustic sound. Lyric-driven compositions are accompanied by percussive interplay between guitar and double bass – punctuated with dynamic vocal harmonies.  But more to the point, they write, record, and perform incredible songs; songs that are meticulously crafted, and have great capabilities of simply moving people. Under the guidance of Merle Haggard's music, and countless other important poets, The Easy Leaves have written their own collection of poetry for the common man.

Where to find Kevin online:

Where to buy Kevin's music: 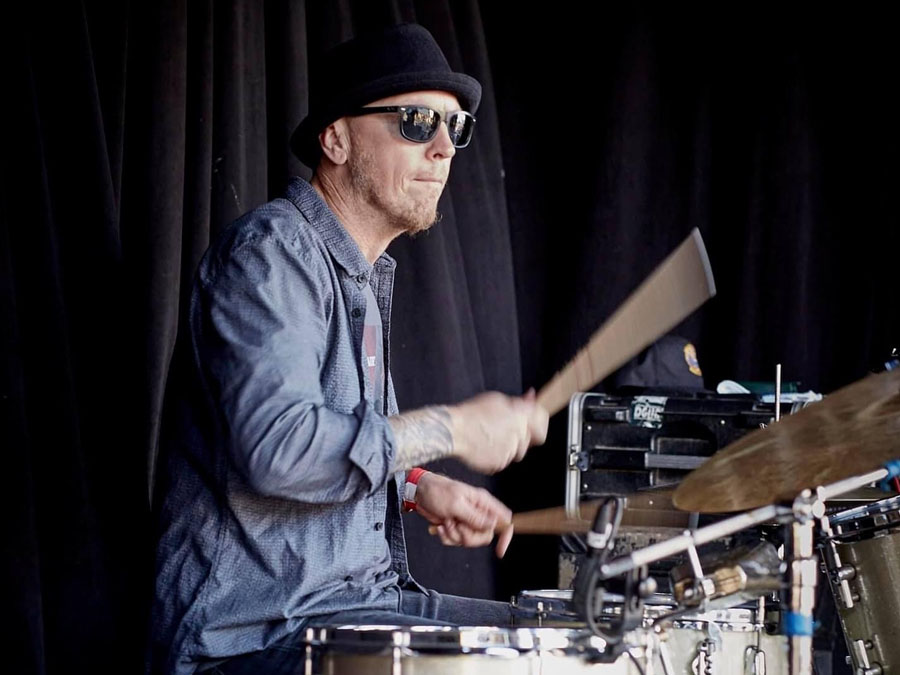 Zachary has an extensive performance list from local to international stages. Some notable concerts include "A Tribute to Sun Ra" with trumpeter and ambassador of jazz, Eddie Gale. One of Zachary's early projects opened up to a sold out crowd with hip-hop legend Run-DMC at The Phoenix Theater in Petaluma. Zachary has also studied the art of jazz drums and improvisation with masters such as Wadada Leo Smith, Charlie Haden, Dave Roitstein, Joe LaBarbera, Mike Clark, and Aron Serfaty at the California Institute for the Arts in Los Angeles. During his time at Cal Arts, his composition, "The Hunting Accident", was chosen for a Capitol Records recording project.

Morris also enjoys teaching and sharing his 20-plus years of drum findings with students of all ages and skill levels. With implicit knowledge from re-building and repairing drums, study and performance of Afro-Cuban and world music/percussion, and experimenting in electronic composition and jazz, Zachary is a well-rounded instructor and collaborator. He has been a successful teacher to hundreds of students of all ages and skill levels over the years and finds it a joy bumping into his past students and hearing of their enjoyment of music and drums. What he really most loves is working to support other musicians and bands from the drum chair, serving the music,  and exploring new grooves, sounds and spontaneity, in music and live performance.

Where to find Zachary online:

Where to buy Zachary's music: 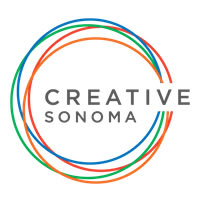 Creative Sonoma is dedicated to supporting and advancing the creative community of Sonoma County.  We define the creative community as individuals, organizations, and businesses whose work is centered in creativity.  We provide financial resources, trainings and networking, and public programs that promote the importance of arts to a community’s social fabric, economic vitality, identity and ethos.

National Endowment for the Arts 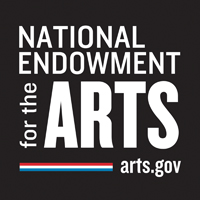 Established by Congress in 1965, the National Endowment for the Arts is the independent federal agency whose funding and support gives Americans the opportunity to participate in the arts, exercise their imaginations, and develop their creative capacities. Through partnerships with state arts agencies, local leaders, other federal agencies, and the philanthropic sector, the Arts Endowment supports arts learning, affirms and celebrates America’s rich and diverse cultural heritage, and extends its work to promote equal access to the arts in every community across America.

White Whale is a full-service recording studio located in Santa Rosa, owned and operated by Derek King and Stuart Markham.  White Whale specializes in blending the warmth of analog gear with the ease of digital editing to provide clients with a recording experience that is both classic and modern at the same time. The studio was built to accommodate full band recording where musicians can feed off each other the same way they would in a live setting. The studio has an acoustically built live room with 14-foot ceilings and three isolation booths, a large instrument and amplifier collection, and a control room that houses a vintage Trident TSM mixing console. 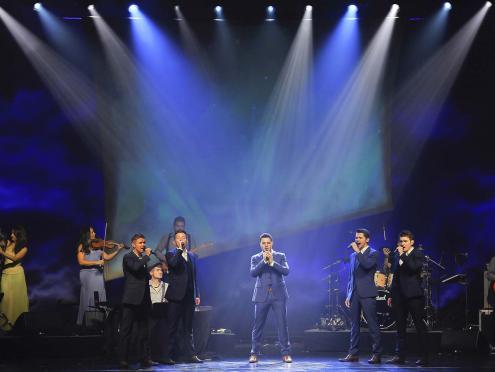 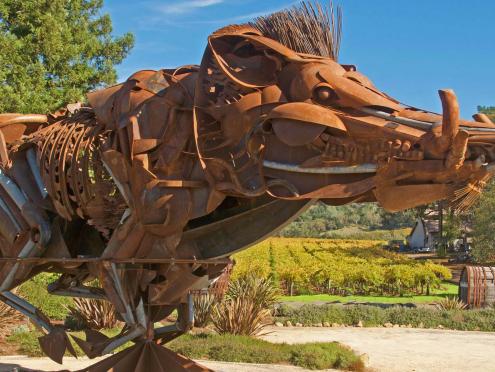 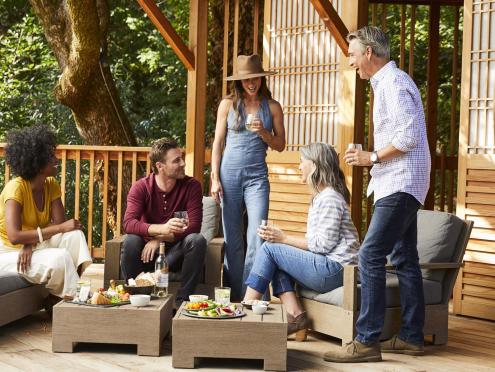 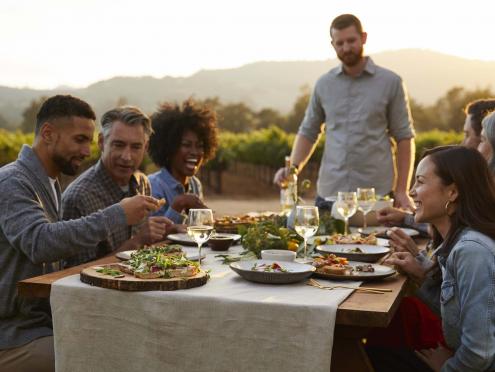 Things to do in Sonoma County

Sing a song of summer, with so many live music concerts and music festivals taking place this season in the Sonoma Wine Country region of the San Francisco Bay Area. Enjoy Broadway Under the Stars in... 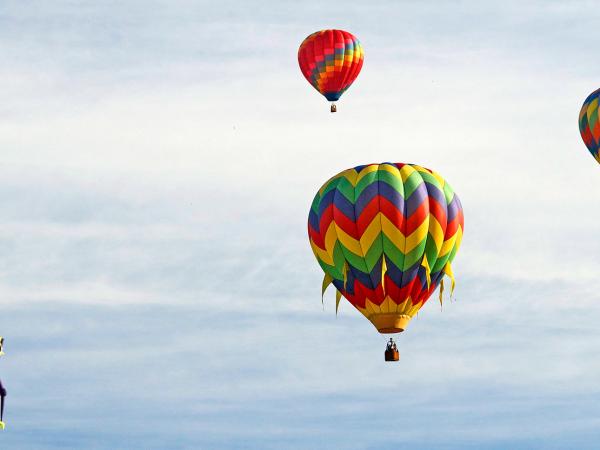 There's an incredible variety of fun activities in vibrant Sonoma County—which makes it difficult to trim a list down to just 10! Bearing that in mind, here's a short list of don't-miss picks for... 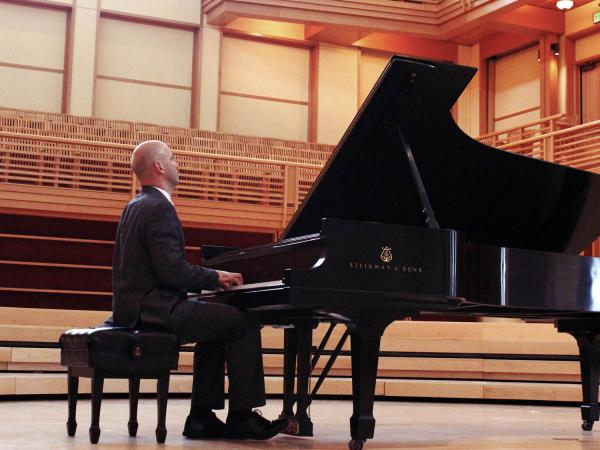 If your goal is to kick back and experience a first-class performance, Sonoma County offers two top options: Green Music Center on the Sonoma State University campus in Rohnert Park, and Luther...

One of the oldest farmers' markets in the state of California...