In the rich farmland of lush Sonoma County, the apple variety of choice is often the humble Gravenstein. Ripening in late July, Gravs—as they are affectionately known —are one of North America's earliest apples on the market, and often signal the beginning of each year's harvest season.

Gravs are delicious and versatile. Depending on the degree of ripeness, they can be perfect for munching or making into apple sauce, apple pies, and other baked goodies.

People have long believed that the Gravenstein was brought to Sonoma County sometime around 1812 by Russian fur trappers at Fort Ross. However, recent evidence indicates that Gravs might have arrived even earlier, brought north from New Spain by the Spaniards.

Gravs are prolific producers, and were planted widely in Sonoma County in the mid-1800s. They grew most easily and best in the cool summers and sandy soil around Sebastopol. Eventually they were shipped nationwide by the trainload and played a major role in Sonoma County's commerce. In more recent years, Gravenstein production declined significantly due to suburban development, orchard/vineyard conversion, a global over-abundance of apples, and other factors.

Today, Gravensteins are rebounding in popularity among consumers who are looking for more-tasty, more-local varieties of produce. However, because of their soft skin Gravs are now considered difficult to ship far and wide as raw fruit. So the best place to get Sonoma County Gravensteins is in Sonoma County.

Experience the essence of summer by biting into a fresh Sebastopol Gravenstein at a farmers market, or by digging into a slice of Mom's Apple Pie with a healthy dollop of ice cream on top.

Gravs are typically available in late July to mid-August at Sonoma County's farm and farmers markets, roadside produce stands, and grocery stores that feature local produce. This luscious fruit is also available at the Gravenstein Apple Fair, held in Sebastopol each August. 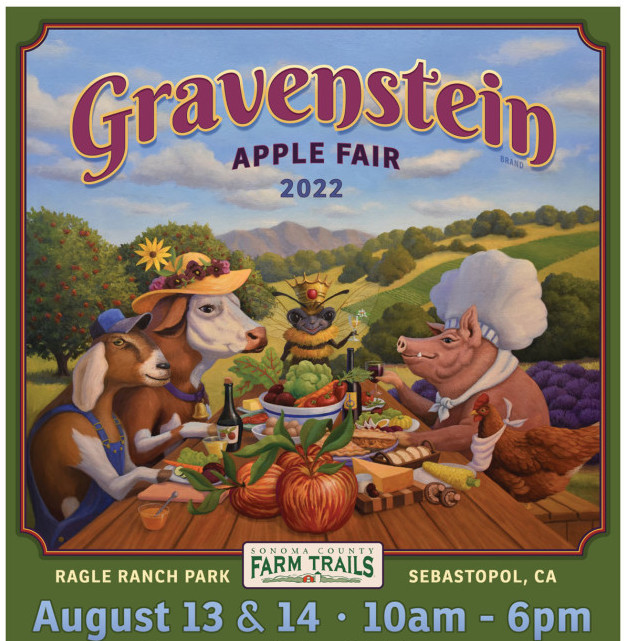 After a two-year hiatus, the Gravenstein Apple Fair (presented by Sonoma County Farm Trails), returns to Sebastopol's Ragle Ranch Park on August 13-14, 2022, featuring live music on two stages; arts and crafts vendors; Gravenstein apples, pies, juice, and fritters; food and beverage vendors; a Kids’ Corner. This year will also see an expanded Life on the Farm exhibit, and for the first time, a VIP Lounge.

This year, the festival is implementing several new eco-friendly practices. For instance, all food waste will be given to local pig farmers to feed their pigs; re-usable metal silverware and real glasses will be used for food and beverages, and washed after the event; and all food will be served in compostable containers with easy-to-find labeled compost bins distributed throughout the event.

What to do with the Gravs once you have them? Well, here's a simple recipe for a great cobbler. Enjoy!

The annual Gravenstein Apple Fair is held in Ragle Ranch Park in Sebastopol each August. Check our Calendar of Events for current dates.

Find more info about Things to Do, Hotels & Lodging and Farms & Farmers Markets in Sonoma County. 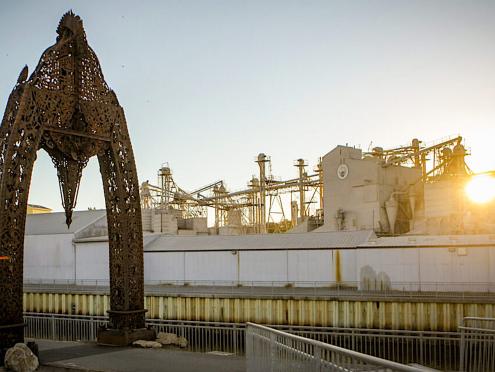 Explore the Charming Town of... 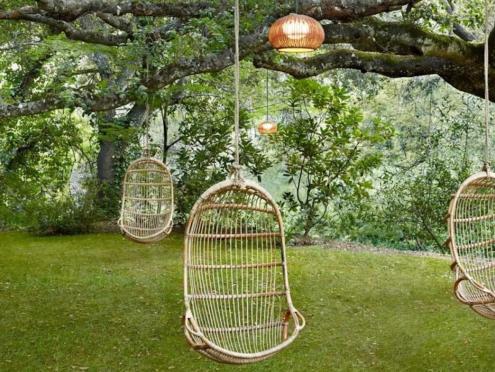