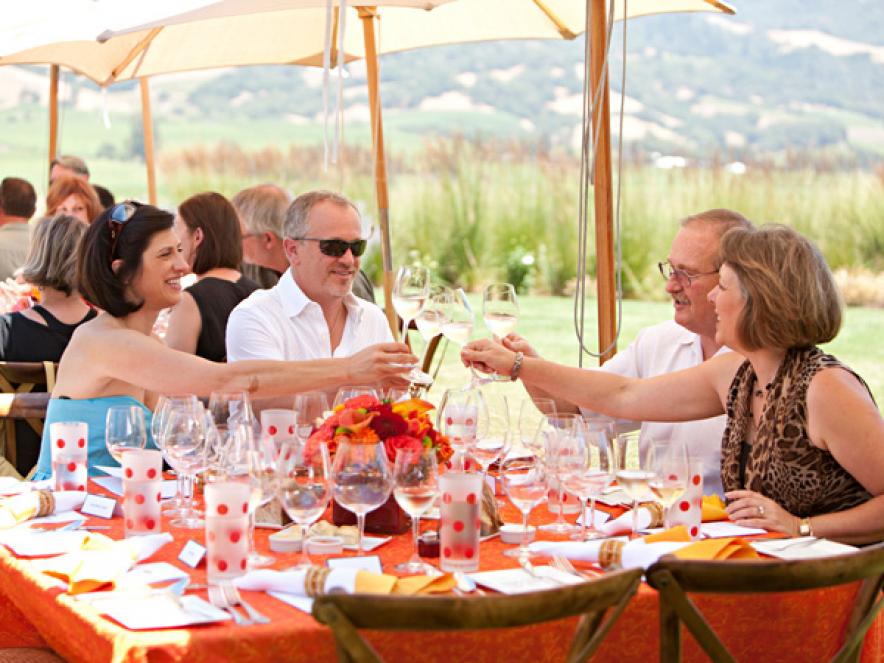 Discounts, access to hard-to-find wines, and the chance to taste future offerings by a favorite winemaker are all reasons wine clubs are growing in popularity at Sonoma County wineries. 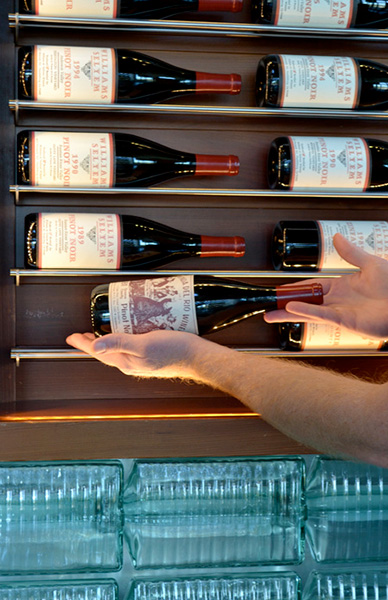 As you kick back in the tasting room of a charming Sonoma County winery and sip what you are starting to think may be your new favorite wine, you might wonder how to find it (or something like it) when you get back home, and how to get other vintages by that talented winemaker.

The answer? Join the club.

Nearly every winery in Sonoma County offers membership in a wine club of some sort. It's a way to sample an array of wines that are likely to please your palate. Indeed, a surprising number of Sonoma County winery owners and wine professionals are also club members of other wineries.

But not all wine clubs are alike. Here are some examples from four main categories of wine clubs you'll find in Sonoma County: 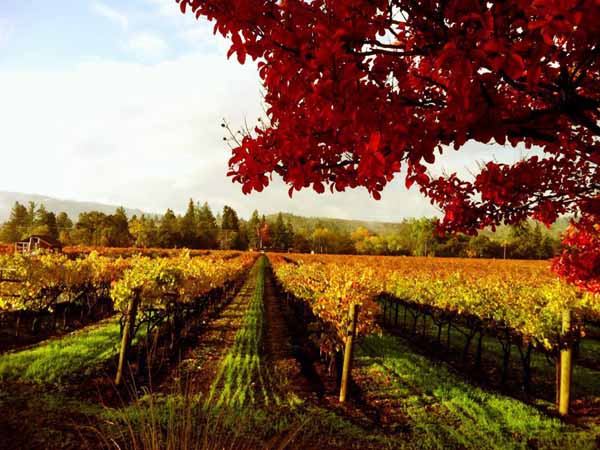 Kenwood Vineyards offers two classic wine club tiers called, appropriately enough, Classic and Vintner's Choice. Four times a year, the winery sends three or four bottles of their choice to club members at a set price. The shipments can include a mix of red and white wines, or only reds. The price includes a discount of 20–25 percent, and there's an additional discount if members order more of the same wine within 60 days. Members also receive a 20 percent discount on all wines at any time and get a few free tastings a year.

A sample shipment recently included Russian River Valley appellation wines in Classic, and a single vineyard Pinot Noir in Vintner's. Future shipments may include Jack London Vineyard wines, an exclusive label that Kenwood sources from the Sonoma Valley ranch once owned by the famous author.

Westwood Estate Wines, also located in the Sonoma Valley, is a much newer and smaller outfit, but offers a similarly styled classic wine club. 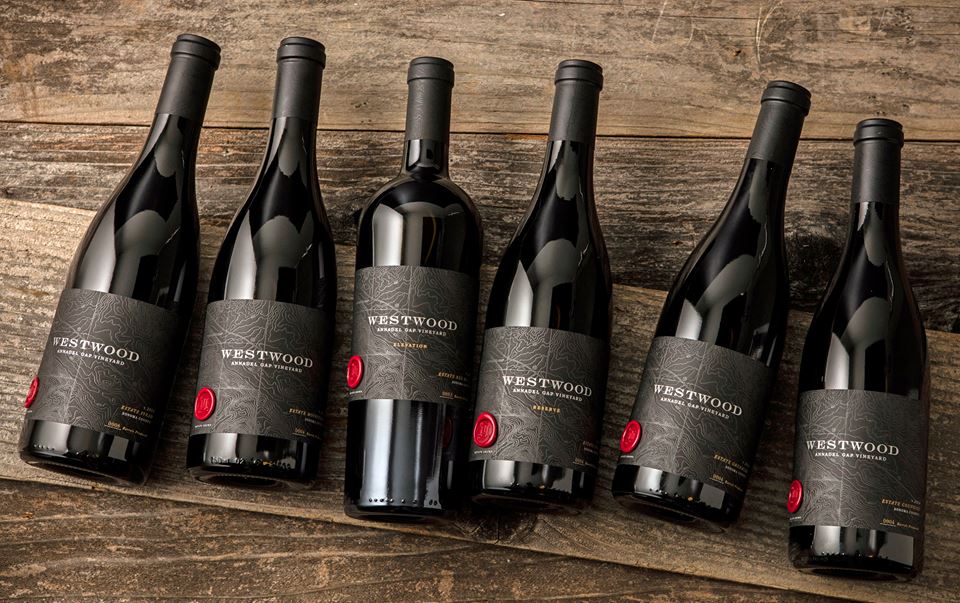 The advantage to this model, according to Westwood "case wrangler" Susan Oh (whose "less fun" title is relationship and business development manager), is that you don't have to worry about it — the wines just show up. And if the winery's style is to your liking, says Oh, "Even if a certain bottle isn't your favorite, you know it's still something you're going to enjoy."

Westwood sends out three to 12 bottles, four times a year. Each level of commitment corresponds to an increasing price break on the wines. Besides the discount, club members get access to bottlings that may number only a few dozen cases. For folks who don't live in California, Oh points out, the thing to remember is that the wines they can ship out through distribution channels don't represent the full range that are made. For example, Westwood's estate-grown single clone Pinot Noirs aren't likely to be found even in an eclectic New York City wine shop. The winery also offers a Pinot-only club that ships out twice a year.

At Enkidu Wine, a two-barrel lot of Grenache, just 50 cases, is set aside for club members only. "I personally, as an employee, am not allowed to purchase a bottle," says Paul Luckin, wine club and hospitality director at Enkidu. "And it's good, too!"

This small Sonoma winery specializes in Rhône blends like "Humbaba," along with Pinot Noir, Zinfandel, Cabernet Sauvignon and Sauvignon Blanc-some from very small vineyards. Because the releases are so limited, according to Luckin, it's only fair to club members to parcel them out in this way. Offering the choice of red and white wines, or red wines only (Kenwood does the same), Enkidu sends shipments of four, eight or 12 bottles three times a year, at a 20 percent discount.

2. The Custom Club: Scheduled Shipments or Releases, Some or All Customer's Choice 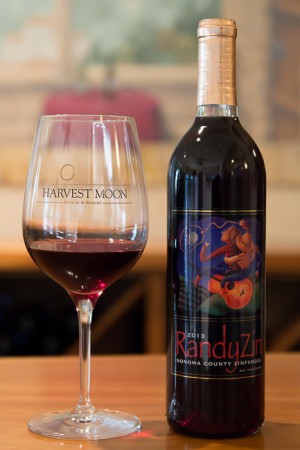 Harvest Moon Estate & Winery also sends out club shipments on a schedule, two or four times a year, with an additional feature: club members can customize.

"I only join wine clubs after the second positive experience with the winery, and certainly only join wine clubs where one can customize the allotment," explains Harvest Moon owner and winemaker Randy Pitts of the philosophy behind his wine club. "This ensures the winery isn't using the club as dumping grounds for wines that are not moving in the tasting room or not picked up by distributors."

Discounts vary according to commitment, as with other clubs, from 15 percent to 25 percent. Members get an email listing a suggested selection of wines, but they may choose from a list of alternatives before the wines leave the small Russian River Valley winery. 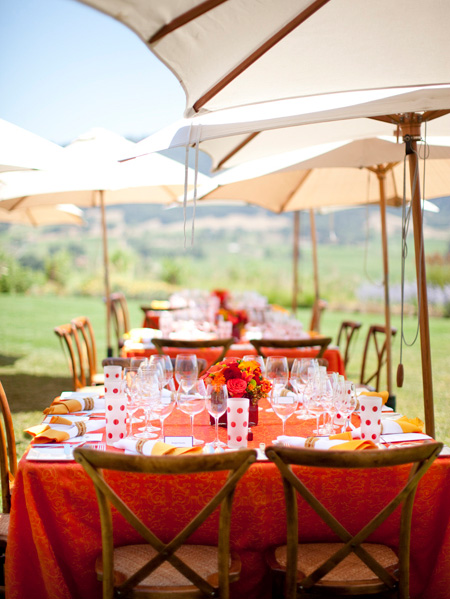 Rodney Strong wines may be more familiar to supermarket shoppers, but the venerable Healdsburg-area winery still has something special to offer their club members.

"We've got the winemaking team on board," explains Katy Turner, wine club coordinator at Rodney Strong. "They're always willing to help us out and find another wine that is exclusive to the wine club."

Two weeks before wine is sent out, an email alerts members to their shipment. "We do invite them to subtract or add to that," says Turner, "if they catch me before we process credit cards." 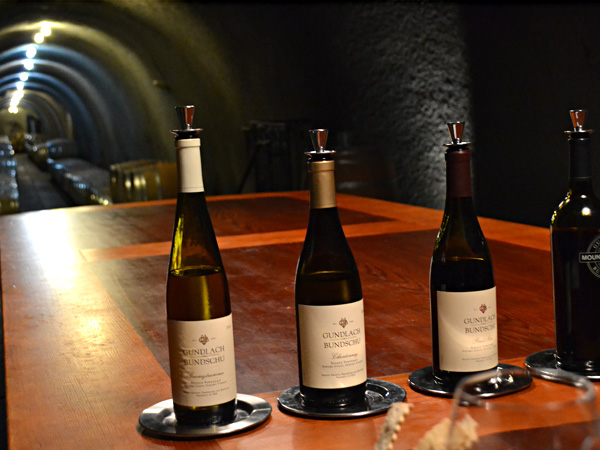 Similarly, Sonoma's Gundlach-Bundschu offers "some customizing," says Jessica Curotto, director of consumer sales, "Since we know everyone has unique preferences, needs and let's admit it, quirks."

Quarterly shipments include "mix it up" or "reds only" options  — a common theme in wine clubs. Other benefits, at the discretion of the winery, include access to experiences on the property including concerts, tours, tastings, and events. "And plenty of love," says Curotto.

3. The No Discount Club: Member Rewards 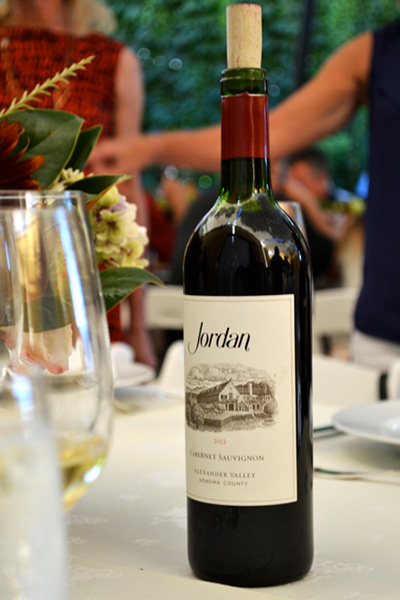 Jordan Vineyard & Winery is something of an anomaly in wine country — a well known and loved by many anomaly. While their wines are regularly featured on lists of top American restaurant wines, their wine list is limited to basically two, Cabernet and Chardonnay.

Instead of sending this limited variety to wine club members, they offer Jordan Estate Rewards, which works like a credit card or airline rewards program: members earn three points for every dollar of wine or other product they purchase. Points may be redeemed for harvest lunches, overnight stays at the chateau, or events, with an additional redemption fee ($50 plus 1,800 points for harvest lunch, for example, for a certain tier).

Ram's Gate Winery makes a bounty of wines at their picturesque Carneros estate, with a focus on cool climate Pinot Noir, Chardonnay and Syrah, none of them available at stores, and only a few at area restaurants. Yet their wine club offers no discount on wines, focusing instead on customer access. 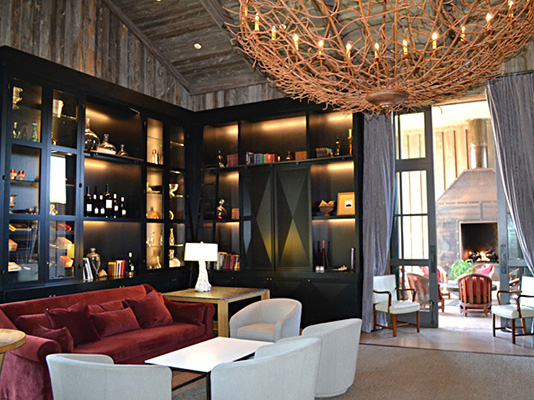 And don't call it a club, says David Oliver, managing director at Ram's: "We use the term 'membership' at Ram's Gate Winery to communicate a sense of belonging and inclusion in something our members think is pretty special," says Oliver. "Members have access to the most limited and highly allocated Ram's Gate wines, a rich calendar of wine-centric activities and complimentary tastings."

Sporting a large kitchen and a menu of gourmet treats, Ram's Gate is all about food pairing and visitor experiences, many of which (like library wine tastings, or just hangout time, in the stylishly appointed "library") are available to members only.

Eric Kent wines are well-suited to the "list" model: labeled with unique artwork commissioned for each wine, each vintage, the lushly fruited Syrah, Pinot Noir, and other varietals are sourced from small Sonoma County vineyards and cannot be sampled at a traditional tasting room.

But winemaker Kent Humphrey says they wanted to avoid some of the disadvantages of other models: "One of them is that you could be on someone's list for 10 years and if you weren't at home when the release announcement arrives," says Humphrey, "you might miss out." It happened to them — they got shut out of some wines after buying religiously for seven years. "We didn't feel that was right and wanted to offer an alternative."

The other issue, says Humphrey, is that "so many will tell you what you get, rather than you telling them what you want." So the Eric Kent wine list is a sort of hybrid: while wines are sold to members of the list only, there is no wait period, list members choose all of the wines that they receive, twice a year with a 10 percent discount, and they may reorder wines thereafter at any time. Members need not buy anything in order to stay on the list, and it works because they know which wines will be available, even when the wine is still in the barrel. 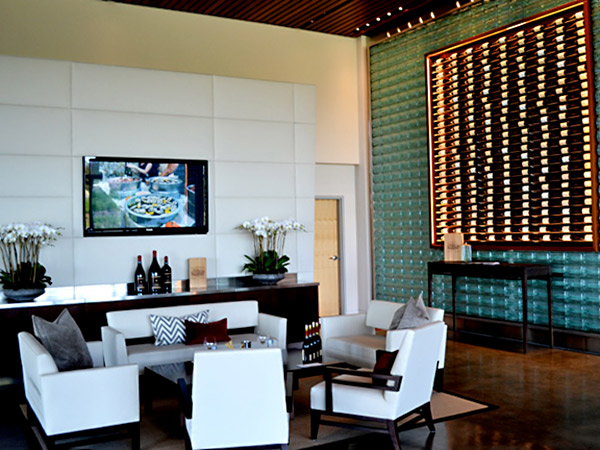 Williams Selyem Winery is famous as the creator of "The List." This allocation model was developed in the 1980s by cofounder Ed Selyem, according to Scott Herrmann, hospitality manager at the famed Russian River Valley Pinot Noir specialist, while Burt Williams took on the winemaking side of the business.

Before receiving allocations, indeed, before even being granted a request to taste wines at the tasting room, prospective list members must wait for months to get their names added to the list — currently the wait is about four to six months, says Herrmann. While there is no commitment to purchase wines when they are offered twice per year, at full retail price, list members who do purchase move up in a "complex algorithm" that decides what and how many wines they will be offered next time. Besides adding to their "wish list" on the side, members can only wait to get access to small lots of wine like Williams Selyem's notable other red — Zinfandel.

Herrmann, who like others at Williams Selyem was first a list member ("before I was able to beg my way into the family," he says), says that the anticipation "is like Christmas" for customers. "But I think the wine quality is what makes it that much better to wait," says Herrmann. 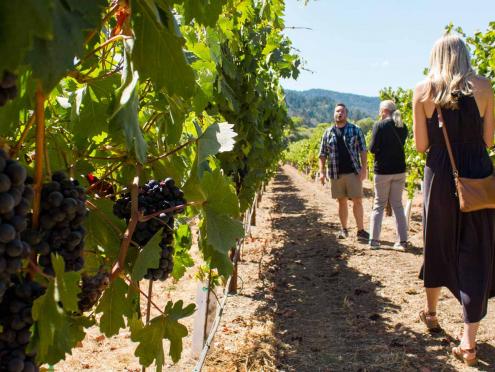 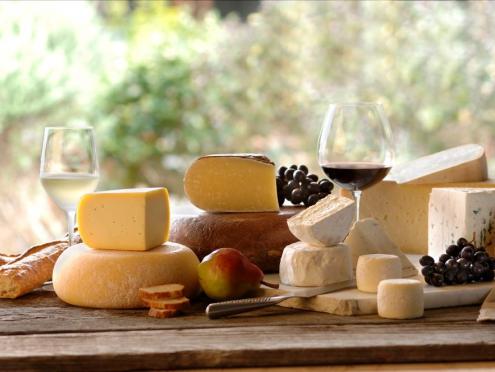 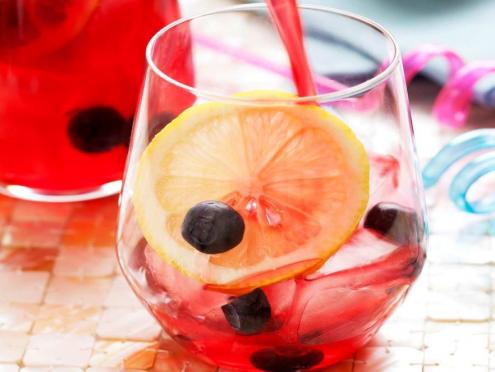