Sonoma County is one of California's largest producers of wine grapes, with a history that dates back to the early 1800s. Many of the early grape-growers began making their own wines, and today, there are a handful of family-owned wineries that have been around for decades and are still going strong. Here, we highlight 10 of them. (For others, make sure to check out our wineries page.)

Founded in 1975 by Hank and Linda Wetzel, Alexander Valley Vineyards has been continuously owned and operated by the Wetzel family for more than four decades.

Today, the second generation of the Wetzel family, Harry, Robert, John, and Katie Wetzel (now Katie Wetzel-Murphy), run a majority of the winery and estate’s operations, with Harry as head of operations, Robert as the national and international sales director, and younger siblings Katie and John involved in different aspects of the business. Vineyard Manager Isaul Macias is also a part of the family and is the second generation of vineyard managers on the property, having grown up on the estate watching his father for decades.

One of the first wineries to be founded in Sonoma County, A. Rafanelli Winery was started by Italian immigrants Alberto and Letizia Rafanelli who settled in the Healdsburg area and started growing grapes in the early 1900s. The winery didn’t see its first commercial vintage under the A. Rafanelli label until the early 1970s, after Letitizia and Alberto’s son Americo took over the family business and moved it to the Dry Creek Valley in the early 1950s and decided to focus on the production of premium wines made from Zinfandel. The work on the vineyards and the winery took decades before the family was ready to release their fine Dry Creek Zinfandel wines to the world.

Americo’s son David studied winemaking at UC Davis and took over management of the business and the vineyards/winemaking along with his wife Patty in the 1990s, later passing the head winemaker title to their daughter Shelly Rafanelli in 2000. Their other daughter Stacy currently manages winery operations.

Charles and Helen Bacigalupi purchased their 121-acre property on Westside Road in 1956. While they both had full-time professions, they had a love for the land and became passionate about grape-growing after tending to some heritage vineyards on their property that included Zinfandel, Mission, Golden Chaslis and Muscat. In the 1960s, Charles decided to plant Pinot Noir and Chardonnay on the property, becoming one of the first growers to plant Pinot Noir in the Russian River Valley.

In the ensuing decades, the family founded Bacigalupi Vineyards, selling grapes to notable vineyards in Sonoma and Napa counties including Chateau Montelena, who’s 1973 Bacigalupi Chardonnay won the highest rating at the world famous Judgement of Paris.

Today, sisters Katey and Nicole Bacigalupi (Charles and Helen’s grandchildren) handle the general management, logistics, and compliance at the winery alongside their mom Pam, who handles winery client relations and contracts (among other things), and their father John, who runs day-to-day operations in the vineyard with his team. The family’s roles are fluid, with everyone pitching in where needed.

Founded in 1995 by Joe and Tracy Dutton, Dutton Estate Winery’s roots in Sonoma County farming go back much farther. Tracy’s family started Kozlowski Farms, an apple-farming business, in the 1920s, while Steve’s parents Warren and Gail Dutton purchased Dutton Ranch in the Green Valley AVA in the 1960s and farmed both wine grapes and apples. The two worked together for both family farms until the mid 1990s when they decided to launch their own winery.

Today, the next generation of Duttons, Joe and Tracy’s daughters Kyndall, Karmen, and Kylie, work together at Dutton Estate Winery with Tracy heading operations and Kylie working closely alongside both Tracy and the winemaking team.

Founded in 1988 by Lester and Linda Schwartz, Fort Ross Vineyards was the first winery and is still the only winery (with a production facility/tasting room) to be built in the Fort Ross-Seaview AVA. The first grapes they planted were in 1994, after extensive research into the area and experimentation with different rootstocks, clones, and trellising systems.

Lester and Linda were the founders of the Fort-Ross Seaview Winegrowers Association and they actively promoted the region and its vineyards, helping establish the area as an official AVA in 2011.

Originally from South Africa, they have the only Sonoma County winery that grows and produces Pinotage.

Today, Linda and Lester are still active in the management and operations of the winery alongside head winemaker Jeff Pisoni.

For six generations and more than 160 years, the Bundschu family has farmed the Rhinefarm estate vineyard in the Sonoma Valley.

It all started in the 1850s when Jacob Gundlach purchased the historic Rhinefarm property. After closing in 1933 due to Prohibition, it was Jim Bundshu (fourth generation) who returned home in 1969 to resurrect the family winery. Gundlach Bundschu Winery released its first commercial vintage as a new winery in 1973.

Now headed by father and son Jim and Jeff Bundschu (both of whom grew up on the family winery’s property), alongside Jeff’s daughter Katie (sixth generation), the winery is still 100% family owned and operated. Jeff was named president of the winery in 2001, and Katie has managed marketing for the winery since 2012, after returning home from college out of state and spending some years working in higher education.

John Hawley built Hawley Winery in 1995 but has been making wine in Sonoma County since the 1970s. The family winery, now run by John and his two sons Austin and Paul, was a culmination of decades of hard work and experience. Austin and Paul pursue creative ventures in addition to their work at the family winery, crafting unique furniture from reclaimed wood and wine barrels, and practicing professional photography and filmmaking. Some of their work can be found for sale at the winery.

The founder of the Pellegrini Family’s California wine industry legacy, Nello Pellegrini, first settled in Santa Rosa in the early 1920s. The first Pellegrini wine (made with Sonoma County-grown grapes) was made in a gravity-run winery in San Francisco. Prohibition stopped production but the family continued to work with wine and operate businesses in San Francisco after the repeal of Prohibition.

In 1972, Vincent and Aida Pellegrini purchased an orchard on West Olivet Road in the Santa Rosa Plains. A few years later, they planted their first Pinot Noir and Chardonnay, establishing themselves as one of the first Pinot Noir growers in the Russian River Valley.

Their son Robert Pellegrini led the winery for almost three decades before recently handing the management of the winery over to Alexia Pellegrini (Nello Pellegrini’s great-granddaughter and the fourth generation). The two still work together, though Alexia is onsite more often than Robert, overseeing the winery, vineyard, winemaking, and business.

The Rochioli family legacy began in 1911 when Joe Rocchioli Sr. (the family later dropped the second “c” in Rochioli) immigrated with his parents from Tuscany to the United States. After making their way from New York to Northern California, the Rochiolis ended up on the parcel of land in Sonoma County that would eventually serve as the home of Rochioli Vineyards in the 1930s. While the area was mostly farmland back then, with the main crops being hops, vegetables, and prunes, Joe Rochioli Sr. made jug wine at home, and over the following decades, he became more interested in the potential of the area for wine grapes.

It wasn’t until the late 1960s that Joe Rochioli Jr. planted Pinot Noir, though at the time, Rochioli was one of the first pioneers in the area to do so. For decades, the family sold their premium grapes to iconic wineries in the Russian River Valley until the late 1970s when Joe Rochioli Jr.’s son Tom Rochioli (who is still the head winemaker at Rochioli) helped the winery move from just selling grapes to making wine and building a winery. In 1983, the family farm, formerly known as Fenton Acres, became Rochioli Vineyards. The rest, as they say, is history.

Rochioli Vineyards has maintained its reputation as one of the most iconic premium Sauvignon Blanc and Pinot Noir producers in the Russian River Valley and in California and remains 100% family owned and operated.

The Trentadue family has been growing grapes in Sonoma County for more than 55 years since Evelyn and Leo Trentadue purchased 208 acres in the Alexander Valley. The property had grapevines dating back to the late-1800s, some of which the Trentadues tended to and ended up using to make their own wines once they had established their winery.

Today, Trentadue Winery is still family owned and operated by Evelyn and Leo’s three children Annette, Victor, and Liane. While the siblings are now mostly hands-off when it comes to the business, Victor Trentadue and his vineyard management company are in charge of the management of the vineyards. 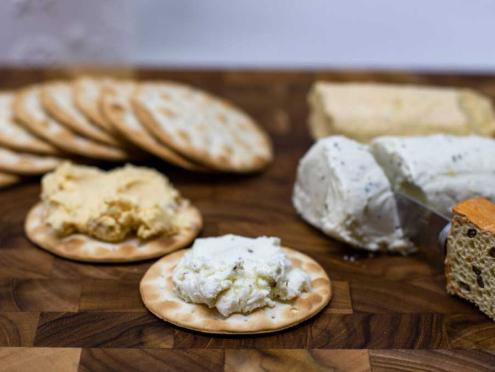 Santa Rosa Ranks Among Top Cities for Cheese Lovers; Here's Where to Get Some of the Best 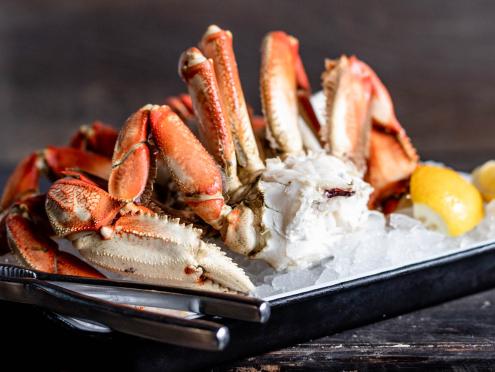 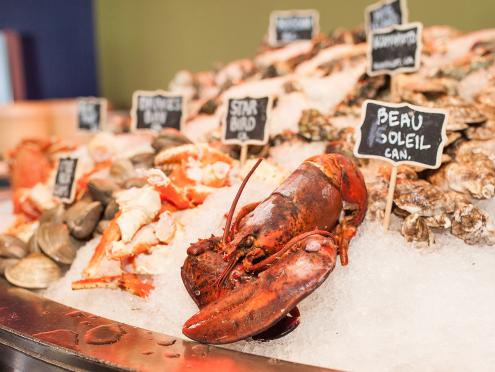 The Taste of Winter in Sonoma County

The Taste of Winter in Sonoma...