On June 26, 2015, just six months after opening Brew Coffee and Beer House in Santa Rosa, life and business partners Alisse Cottle and Jessica Borrayo hoisted a 5-foot-long rainbow flag outside their fledgling business to celebrate the Supreme Court ruling that made same-sex marriage a right nationwide. The flag remains to this day.

“We have always felt that we want to create a place where everyone is welcome, especially people like us,” Cottle said.

This Pride Month, we at Sonoma Magazine join the celebrations by highlighting some of our local LGBTQ-owned businesses. The owners of these businesses feel they have a mission that extends beyond running a company. They want to bring people together and give back to the community, while serving up exceptionally delicious food, glasses of wine, cups of coffee, and engaging books.

A post shared by Brew - Coffee and Beer House (@brew_coffeeandbeer)

The homey dining room doubles as an art gallery, displaying works by local artists, and as an event space for open mic nights and music performances. 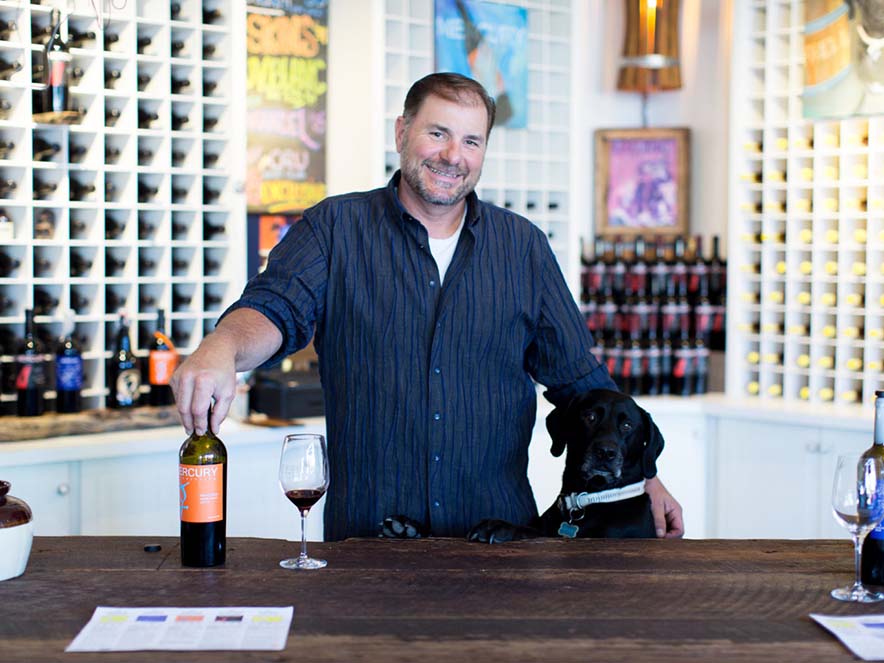 The tasting room, operated by Brad’s brother, Grady Beard, is a popular stop for tours, including Out in the Vineyard, an event and travel company that caters specifically to the LGBTQ community. The Mercury team strives to make their establishment a friendly and inviting environment, often putting on live music performances with the owners and other guests for happy hour.

Mercury wines play with the themes from the winery’s local and musical roots: included in their lineup is a Freddie Cuvee, Heavy Metal Red Blend and a mourvédre and merlot blend called Element. Visitors can taste wine outdoors on a patio and then dine, just a few steps away from the tasting room, at top regional restaurants Catelli’s and Diavola Pizzeria & Salumeria. The tasting room is open Friday through Sunday from 11 a.m. to 5 p.m. Reservations are recommended.

Life partners and entrepreneurs Ozzy Jimenez and Christian Sullberg opened Noble Folk Ice Cream and Pie Bar in Healdsburg in 2014. At the time, the confectionary duo had already made a mark with their first business, Moustache Baked Goods, a patisserie off the Healdsburg Plaza specializing in pretty cupcakes in a variety of flavors (the patisserie closed due to the pandemic and continues now as a catering business).

In 2018, they opened a second location for Noble Folk in downtown Santa Rosa. The Noble Folk storefronts proudly fly the rainbow flag and the transgender pride flag and display Black Lives Matter posters to signal that these businesses celebrate diversity and inclusion.

But Jimenez’ and Sullbergs’ dedication to their community extends beyond the walls of their establishments. During the Kincade Fire in 2019, the couple helped feed hundreds of displaced farmworkers. In 2020, Jimenez was appointed vice mayor of Healdsburg, making him the second openly gay member and the first person of color in three decades on the City Council. 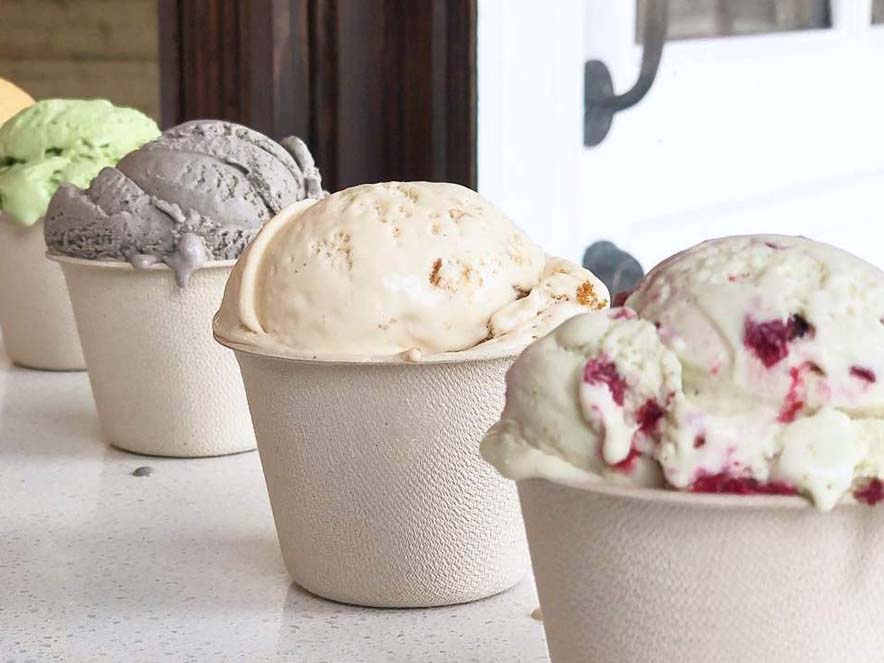 Noble Folk has been recognized by the San Francisco Business Journal as one of the top LGBTQIA+ owned businesses in the Bay Area for the last seven years. In 2021, they were named one of the 12 best ice cream spots in the Bay Area by the San Francisco Chronicle. Try their new blueberry cheesecake ice cream flavor inspired by a local children’s book.

Gay-owned and -run, The R3 Hotel is set in the charming backstreets of downtown Guerneville, a few blocks from the Russian River and surrounded by redwoods. Originally built as a Mid-Century Modern motor lodge, this 23-room hotel retains its U-shaped configuration, featuring a central pool, sun decking for days, and a pool bar and outdoor grill that all but say, "Hey there, summer."

During the daytime, this is a 21+-only sun seeker's paradise, and in the evening, live entertainment hits the outdoor stage and takes the party up a notch. Also onsite is the Rio Bistro restaurant and a separate bar and lounge.

In addition to being a popular spot throughout Pride month, The R3 Hotel plays host to other big LGBTQ+ events throughout the year, including Russian River Women's Weekend and Lazy Bear Week.

Radical Family Farms was founded by life partners Leslie Wiser and Sarah Deragon in 2019 in an effort to reclaim Asian American identities on the land and to center LGBTQIA+ mixed-Asian American heritage and culinary culture through the vegetables, herbs, meals and events produced on the farm, according to their mission statement.

“I think I would have turned to farming sooner if I had seen more farmers like me. Visibility and representation matter … especially to folks who are ambiguous in race and gender,” Deragon said in an interview with Sonoma Magazine. (Read the article here).

The farm specializes in Asian heritage produce, medicinal herbs, flowers and heirloom seeds. They don’t have an open market, but the farm operates a Community Supported Agriculture program that delivers boxes of the Asian heritage produce and flowers within their community as well as to members throughout the Bay Area. If you don’t want to commit to a box just yet, seeds, edible flowers and medicinal herb can be purchased through their online store.

Opened in December 2021 by educator, private tutor, and gay Guerneville resident Michael Rex, this independent bookstore functions as a gathering place for bibliophiles, writers, or just anyone who wants to hang out and browse. Its bright, cozy space in downtown Guerneville offers both new and used books, and Rex can order any book you might need.

Russian River Books & Letters started its first roster of writing workshops in Spring 2022, and are celebrating Pride with a June lineup of five-minute readings of original work by local LGBTQ+ writers (interested writers can sign up here).

The Main Bar at The R3 Hotel 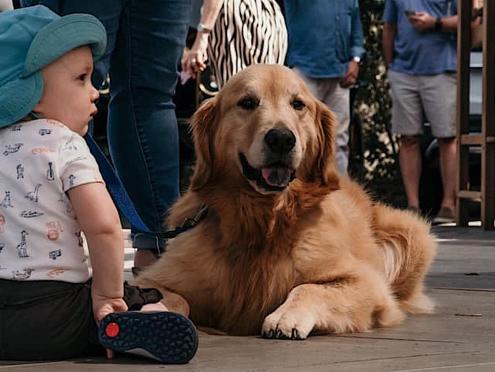 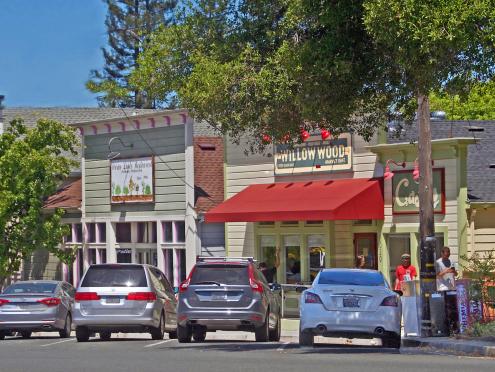 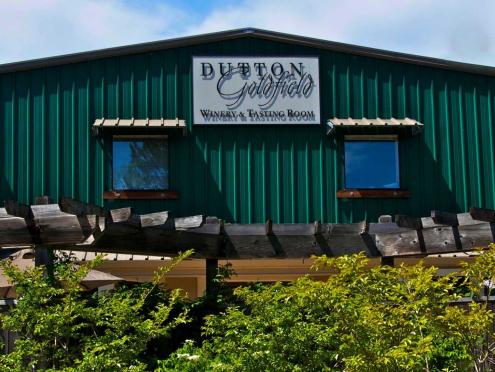