Welcome to heaven for beer lovers: with at least more than 30 craft breweries and brewpubs and more opening seemingly every day, Sonoma County flows with the love of good beer.

Use the Sonoma County Craft Beverage Map to find the places you just have to visit, or follow this two-day itinerary for a getaway centered around the pursuit of great brews.

Get the FREE Visitors Guide and Map

Already thinking about how to get here? Consider flying into STS - Sonoma County Airport in Santa Rosa, where you can fly direct from Portland, Seattle, Los Angeles, Santa Ana, San Diego and more.

Why not — it’s a refreshing way to start the day, at the neighborhood hangout that is Piner Café, where owner Chrissy Schilling actually employs a full time expert to manage the eatery’s ever-changing craft suds selections.

Servers can even suggest the perfect pairings for breakfast favorites like the best-selling chili relleno casserole, fresh salmon, and egg scramble, hearty homemade biscuits smothered in gravy, or the homemade chili and cheese omelet served with hash browns or country potatoes, toast and jelly.

(Hint: Get the omelet stuffed with jalapenos for a killer spicy bite).

Now, you’re just minutes away from the legendary Russian River Brewing Company's original location in Santa Rosa, which is famous for its uproariously popular Pliny the Younger release each year.

Just a few of the year-round specialties include Blind Pig, Damnation, Pliny the Elder, Beatification, and Consecration. You can sip at the remodeled bar, order suds samplers off the chalkboard, and listen to rousing music.

Make Your Own Beer!

Next, if you’ve ever wanted to make your own beer, The Beverage People shares everything you could want to know about home fermentation. You can browse among brew-making kits, kegs, bottling equipment, and all the good stuff that goes into it, like grains, malt, yeast and hops.

To further your interest, BeerCraft just a short drive away can help set you up with more education. Part tasting bar and part retail shop, this cozy store keeps customers coming for special beers of the day at 50 percent off, a craft beer of the month club, and 12 rotating taps plus a changing list of up to 30 new beers in the store each week. It’s also a hangout for local garage beer makers, who are happy to share tips and secrets.

Lunch at Woodfour Brewing Company is just the ticket.

An anchor tenant of The Barlow culinary and arts center, this popular, loud destination sports an entire wall of international beers on display next to its own beer counter overlooking the beer tanks.

Brewmaster and co-owner Seth Wood fashions oft-changing originals like the Wet Hop Session Ale No. 1 made of hops grown at nearby Wildo Ranch, a Gold Ridge Lager, and a sour farmhouse ale, set on tap next to guest beers like a Drake’s/Hen House Bourbon Induced Fowl Play barrel aged Belgian dark strong ale.

The food is just as notable, too, with inventive Cal-global cuisine crafted by chef-partner Jamil Peden. That means playful pub takes like white corn nuts dusted in vadouvan curry and lemon; homemade potato chips sprinkled in scallion salt and coriander for dunking in Meyer lemon yogurt; and a “BLP” sandwich of bacon, lettuce, peach and black garlic mayo.

Boasting floor-to-ceiling windows, wood-paneled walls, and outdoor spaces, the new taproom at Seismic Brewing Company features a choice of 12 rotating taps, including some of the brewery’s award-winning favorites as well as small-batch and barrel-aged offerings only available at the taproom.

And if you're soon craving more beer, you'll find it at Hopmonk Tavern, a rustic 105-year-old stone-and-timber tavern with a world class beer garden.

Offering more than 100 different types of beer, as well as their own brews and those from other local micro-breweries on tap, Hopmonk also serves wine, a full bar, and a "pub grub" style menu, and features a music venue known as the Abbey.

Time to check into your hotel yet?

Indeed, a nap might be in order. So many people visit from out of town specifically for Russian River Brewing Company beers that the nice owners have published a hotel directory, and some lodging places offer special RRBC packages.

Choices range from near — Hotel La Rose is only a half-mile away from Russian River Brewing Company, and is a historic property built in 1907 with 47 boutique room — to just a bit farther — Flamingo Resort is 1.3 miles away. All stays in the newly remodeled luxury rooms  of the Flamingo include a breakfast buffet and free wine tasting passes.

The menu features house-smoked, house-ground, house-pickled, hand cut, and made-from-scratch goodies, including pizzas from the 750-degree brick oven. All dressings, sauces, dredges, dough, and soups are made in-house. Build your own burger, or try the classic Buffalo wings, fried calamari, beet-pickled deviled eggs, or oven-roasted mushroom toast with gouda and onion jam.

Rise and shine to a hearty breakfast.

Omelette Express in historic Railroad Square has been a Sonoma County institution since 1977, serving up delicious made-to-order breakfasts and lunch in a casual setting.

Maybe you've had enough driving around, but still have plenty of appetite for beer.

Private tours are fun, but it's also a blast to hop on a scheduled bus gathering with fellow beer lovers, for behind-the-scenes immersions with looks at the actual workings of the breweries, plus lots of beer.

There are still more new places to see on your own, however, if that's what you prefer.

The urban hip taphouse puts forth signature sips like Atlas Blonde (“light and crisp with a fruity hop aroma”), Del Norte IPA (“hop driven with a malty finish”), and Armstrong Stout (“rich with flavors of chocolate and coffee but finishes light and balanced”).

Their location puts you just a bit north of Railroad Square, a historic district brimming with independently owned shops.

Another don’t miss is the beautifully restored Northwestern Pacific Railroad Train Depot made of locally quarried stone — it sits right on the western edge of the neighborhood.

Next, head south to Petaluma, to another beer shrine well worth visiting, Dempsey’s Restaurant & Brewery. And recent great additions to the Petaluma craft beer scene include Brewsters Beer Garden and HenHouse of Petaluma Palace of Barrels.

While yo are in the area, check out Taps Restaurant and Beer Tasting Room. This beloved destination got its start in another location elsewhere in the city, then moved and expanded to downtown Petaluma. Taps owner Eric Lafranchi features some ever-changing three dozen rare beers from around the world on tap, and often hosts special guests like Stone Brewing Company for exclusive tastings (smoked Porter beer spiked with chipotle peppers, anyone?). Snacks are another draw, like feta bruschetta, or fiery spicy chicken wings.

For lunch, though, you might want to save your appetite for the Pub Republic. This cheerful sports bar and upscale eatery woos with uncommon plates like brussels sprouts tacos, potato nachos, and truffle burgers. To go with: an excellent selection of beers, including sampler flights, a wide array on tap, bottled locals and imports, and even gluten-free brews.

After lunch, hop in the car and head north on Highway 101 for about 20 minutes to Rohnert Park, and one of Sonoma County's newest offerings, Parliament Brewing Company. Tucked away in a small commercial area just off Highway 101, the modern and minimalist taproom serves a variety of small batch beers with names like Whatchamacallit IPA, Friend From Vermont New England Pale Ale, Berry Pie Sour, and Brown Cow Brown Ale.

And by all means let's not overlook Bear Republic Brewing Co., which after more than two decades in downtown Healdsburg now operates its taproom in Rohnert Park, overlooking the Roberts Lake reservoir. It offers quality, handcrafted craft beers, house-made specialty cocktails, pizza, and more. Local favorite menu items include the Brewers’ Mac and Cheese and the classic BBQ Pork Sandwich, made with sauce from the Peter Brown Tribute Ale.

You'll also want to check out the Russian River Brewing Company in Windsor. With seating for about 200, the pub features two bars, a 16-seat fireplace, two gorgeous live-edge sycamore community tables, a large outdoor pet-friendly beer garden, and a beautiful open kitchen with something for everyone.

But you’re not done with beer yet. You're just minutes from downtown Healdsburg, so head to Healdsburg Bar & Grill for a delicious dinner.

Besides local beers on tap, the popular, always busy restaurant has great food – Food & Wine magazine includes it on their “25 Best Burgers in the U.S. list.” The pickles are homemade, and the fish ’n’ chips are beer-batter dipped.

Your hotel for the night is conveniently back in Windsor, at the cozy Hampton Inn & Suites, or Holiday Inn Express. Both properties offer Wine Country chic accommodations, with amenities like an in-room fridge (to keep that beer cold), and complimentary breakfast.

Looking for more fun things to do during your trip to Sonoma County? Take a look at the many outdoor activities to enjoy in the valleys, vineyards, coastline and Russian River areas of Sonoma County.

Go wine tasting at one (or more!) of the 425+ wineries in Sonoma County, and enjoy farm-to-table delights at these great restaurants when you get hungry. 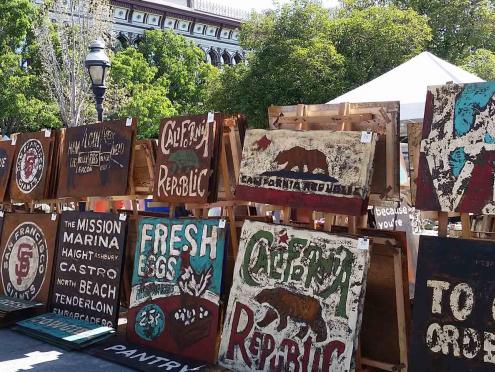 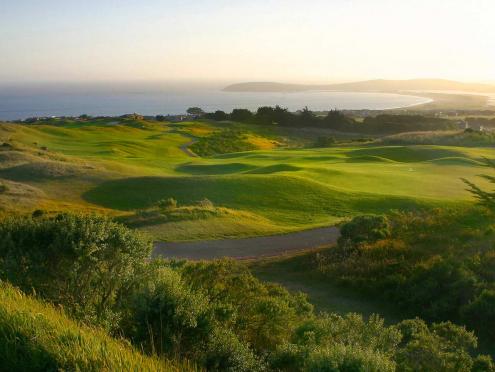 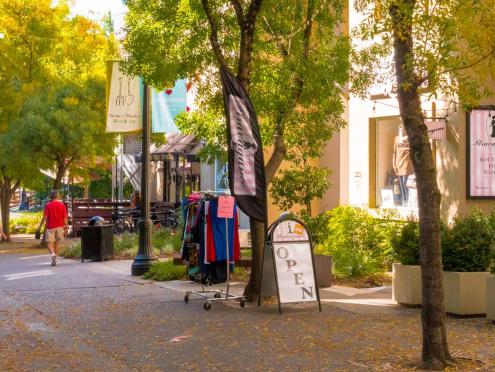