A few miles south of Gualala on the Pacific Coast, the 317-acre Kruse Rhododendron State Natural Reserve offers one of the prettiest walks you'll ever find, especially from mid-April to mid-June.

That, of course, is when the Reserve's enormous number of spectacular rhododendrons burst into bloom, adding an unexpected pink vibrancy to the elegant green forest of second-growth redwoods, Douglas fir, and tanbark oak. 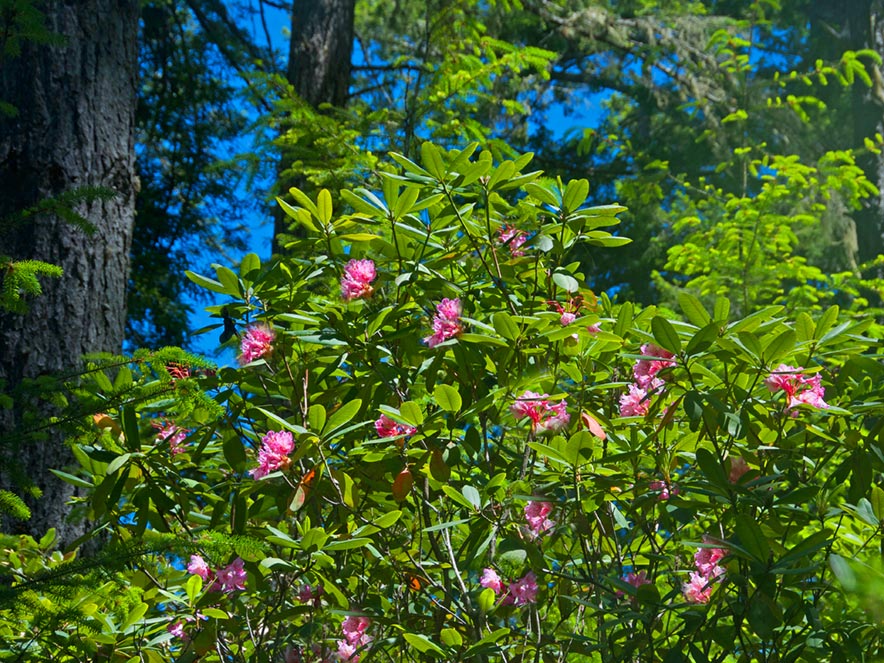 These particular "Rhodies" are Rhododendron Macrophyllum, commonly known as the Pacific, Coast, or Big Leaf Rhododendron. A broadleaf evergreen rhododendron species, it's native to the western part of North America, found largely along the Pacific Coast from British Columbia to Monterey County.

When the streams are running in the spring, you'll also see enormous numbers of ferns, and wildflowers of all kinds. Other plants include California huckleberry, which carries pink flowers in spring and purple berries in summer, and flowering shrubs such as Pacific wax myrtle and various salal evergreens.

The reserve was once part of the Kruse Ranch, established in 1880; the land was donated to the state by the Kruse family in 1993. 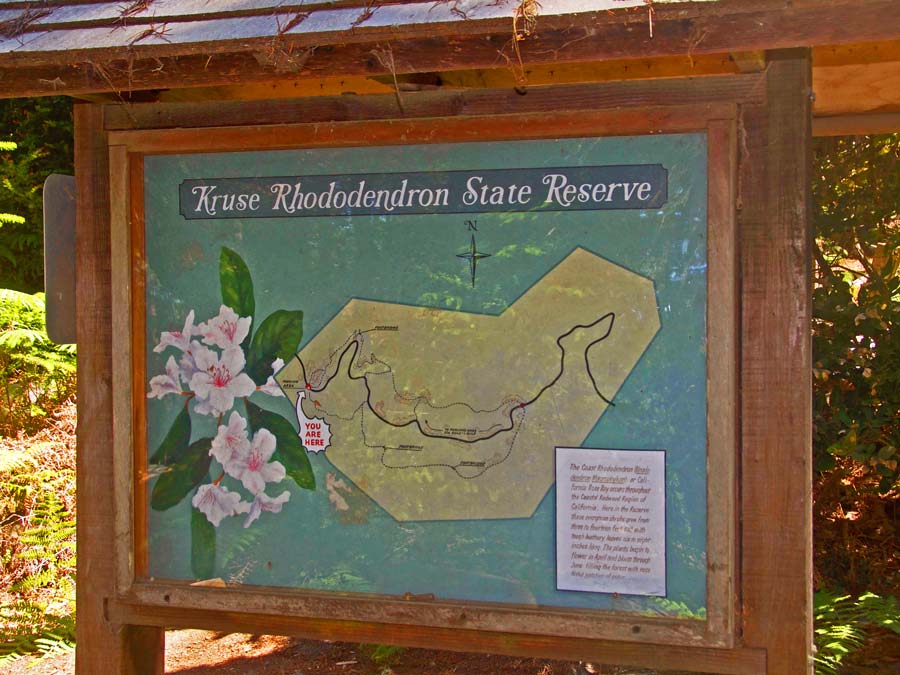 You'll find five miles of trails here. To get an overview, take the 2.25-mile round-trip loop trail (it has a slight 200-foot elevation). Along the trail you'll cross Phillips and Chinese Gulches, both of which have small waterfalls. You can download a park brochure with map for Kruse Rhododendron State Reserve and the adjacent Salt Point State Park.

Kruse Rhododendron State Natural Reserve  is open daily from sunrise to sunset. The rustic parking lot is a one-mile drive in on an unpaved one-lane road with few turn-arounds; buses and other large vehicles are not recommended. Dogs and bicycles are not allowed on the trails. Entry is free, but the restrooms are closed due to service/budget cuts.

Nearby dining and lodging options include the iconic Timber Cove Resort with its onsite full-service Coast Kitchen restaurant; the cozy Ocean Cove Lodge with its Bar & Grill nestled in the coastal redwoods; and the Fort Ross Lodge on a bluff above a sheltered cove. To bed down in the middle of nature, campsites are available in Gerstle Cove Campground, Ocean Cove Campground, Stillwater Cove Regional Park, Timber Cove Boat Landing and Campground, and Woodside Campground. 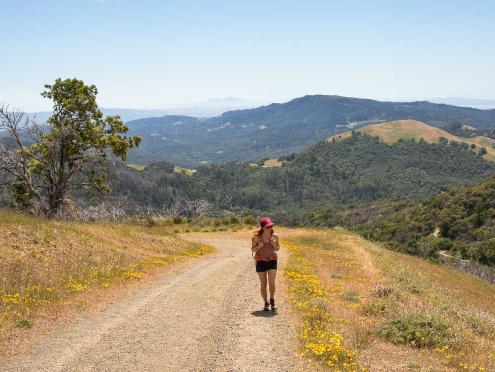 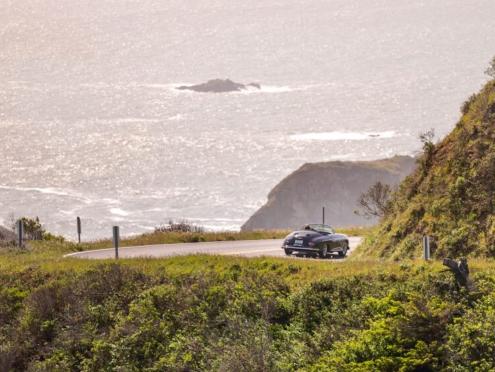 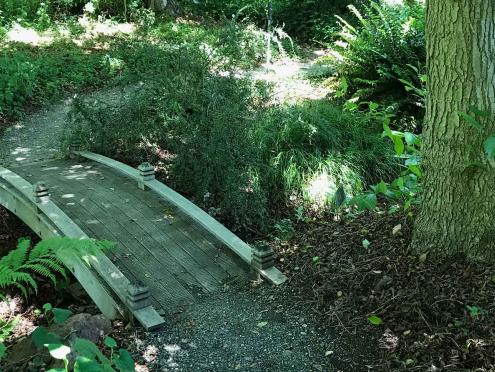