Sonoma County is a place that inspires you to pause and take time to reflect, connect and find joy in all moments, big and small.

Here, we help you take that trip in the special town of Jenner, California.

Where the River Meets the Sea 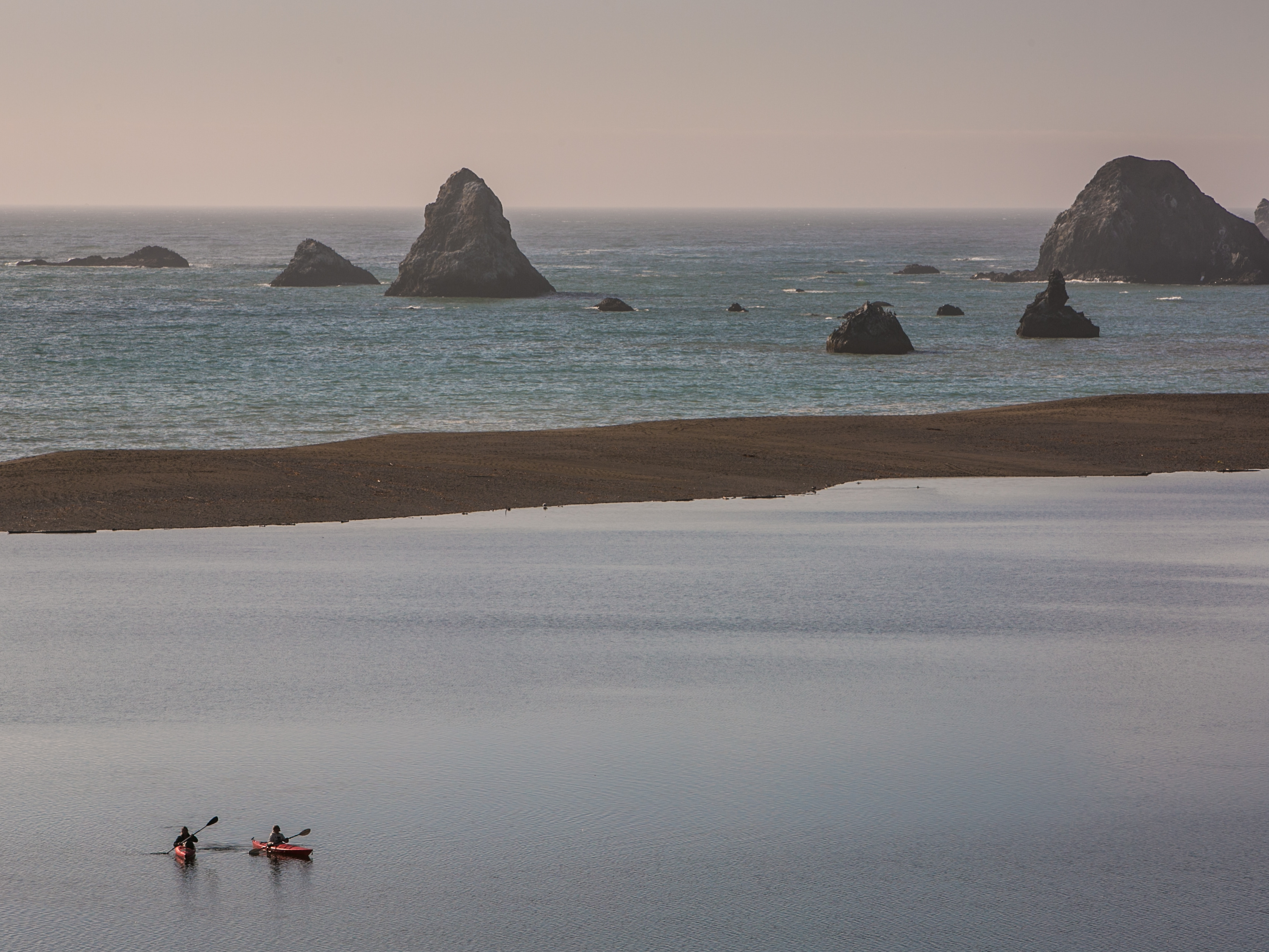 Sipping an espresso on the deck of the aptly named Cafe Aquatica in the coastal community of Jenner, California — affectionately known as “Jenner By The Sea” — you find yourself admiring the view of the sun shining upon the sea. The foamy waves churned up by Neptune roll with their immemorial rhythm, but here, they meet the contrary force of a counter-current. The two forces meet each other like two opposing fists, but the waves rolling in from the sea are unable to stop the flow of the Russian River as it fulfills its 115-mile journey, reaching its aquatic climax in the salty surf of the Pacific Ocean.

The metaphor you behold from the cliffside village of Jenner strikes you as quite obvious: The river began at point A, and has reached its end at point B, and is this not what life is? Our day starts in the morning and finishes at night, just like life, which begins with birth and ends with death, in a linear progression from infancy to old age.

Suddenly the caffeine kicks your mind into a higher gear — that’s what it’s for, after all — and you remind yourself that there’s always a deeper truth hidden beneath the surface of things. A “day” is not the period when the sun is shining, but an entire 24-hour cycle, which means the quotidien journey is not from dawn to dusk, but rather from dawn to dawn. This makes you leap from your chair as lessons from science class — combined with the wisdom you’ve earned during your time on Earth — begin activating in your subconscious mind as if in a chemistry lab. In the grand scheme of things, you ponder, where does water come from? And what is the secret lesson Mother Nature is dangling before us, culled from her great textbook of laws and principles?

It’s time to take a stroll along the Jenner cliffside and work it all out. We might even catch a glimpse of frolicking seals. 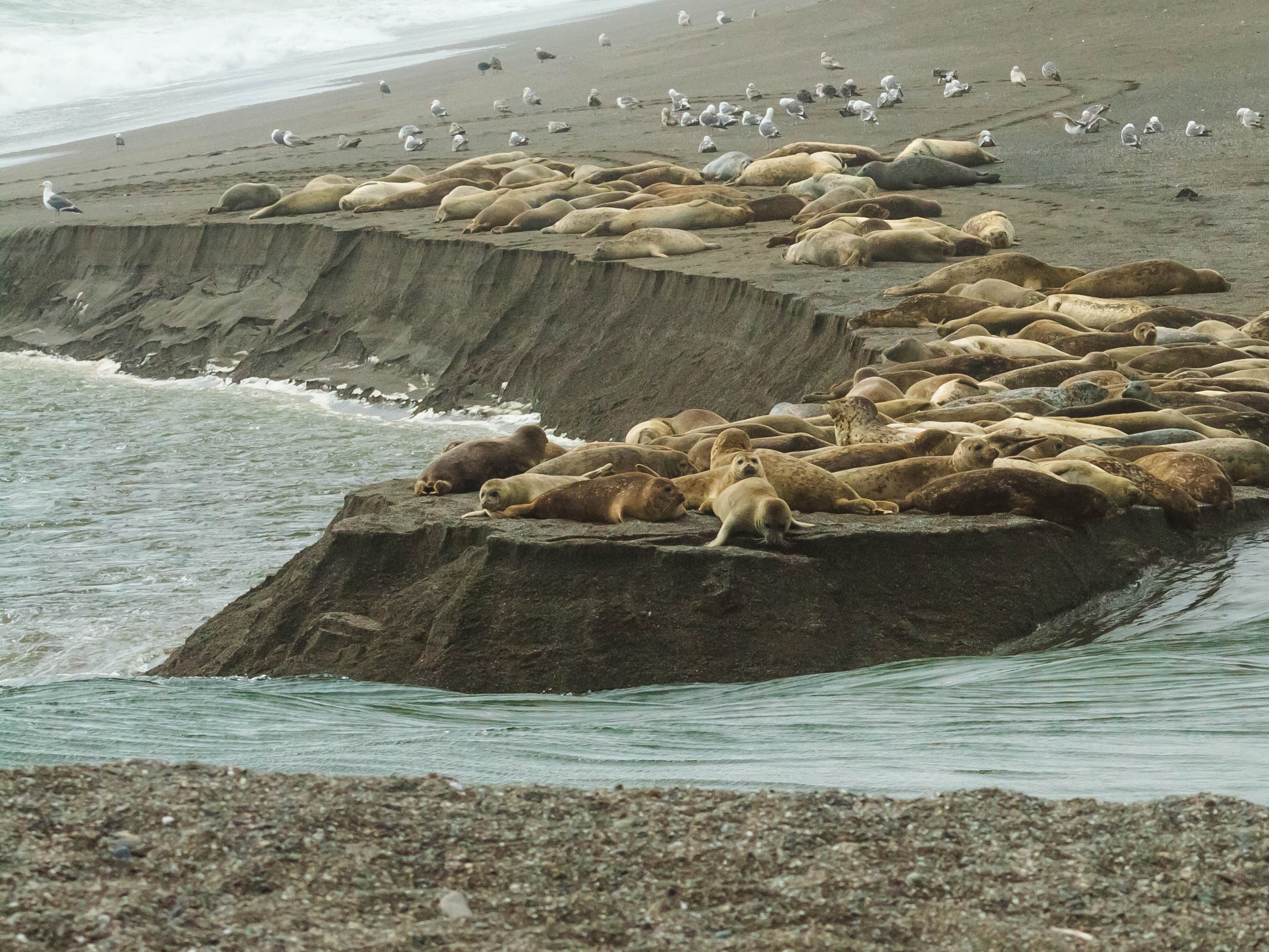 There are many ways to get to Jenner By The Sea from a starting point in Santa Rosa, the central hub of Sonoma County. There are three main options, all with quaint shopping spots along the way, as well as plenty of wineries and eateries. The civilized way, we might call it, is Highway 12 to Sebastopol, followed by Highway 116. The moderately rural route would be River Road through Guerneville, while the rustic route, deep through the forested backroads, winds along Occidental Road and the Bohemian Highway. They all converge in the riverfront town of Monte Rio for the final stretch to Jenner and the transition from lush Redwood Empire to brisk Sonoma Coast. Whether out for an afternoon adventure or a regenerative weekend lodging at a local bed-and-breakfast, Jenner welcomes all visitors come to ponder the spot where the river meets the sea.

Resuming where we left off — strolling along the cliff with memories of science class — we start by noting that 71 percent of the planet is covered in water. All water first began in the sea, riding the wild surf before ascending to the clouds through the magic of evaporation, then parachuting down to Earth as raindrops, where many then embark on the rollicking amusement park ride of a river journey back to the sea from whence they came. 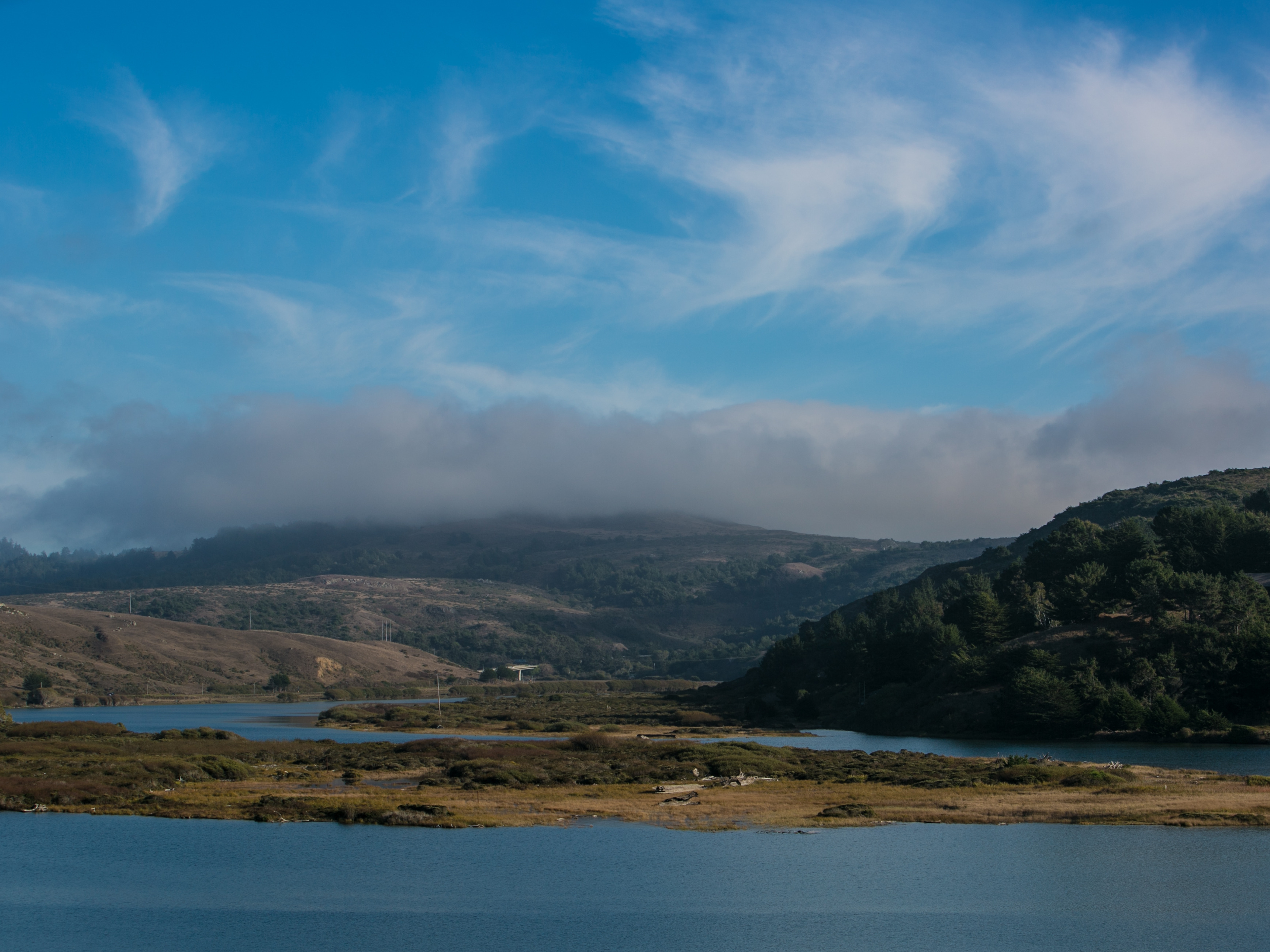 In a 1982 solo album, Pete Townsend of rock legend The Who sings, “The sea refuses no river, if the river is homeward flowing.” In doing so, Townsend echoes archetypal stories ranging from the return of the Prodigal Son to “The Odyssey” by Homer, one of the oldest surviving texts of the hero’s journey that is at the core of human experience. Our ruminations lead us to the realization that life is less like a linear sprint from point A to point B and more like a circular journey where the end meets the beginning, closing the loop under the ancient symbol of infinity known as the ouroboros, depicted as a serpent biting its own tail.

German idealist philosophers of the 19th century, such as Friedrich Schelling, envisioned life as a circuitous spiritual journey beginning in a state of primordial unity before embarking on a wandering quest through confused states of inner conflict, culminating in a return journey back home to a higher level of integration and wholeness. Cast from the Garden of Eden of youth, the spirit flees itself in order to find itself, embarking on a journey leading to the point of furthest alienation, at which time an epiphany comes and we are reminded of who we really are in our natural state of integration, before all of our inner contradictions were revealed. Through much trial and error — like a river pushing its way through every obstacle — our consciousness is faced with the task of rebuilding a heavenly kingdom within its own heart, now not one that had been given, but one that has been earned. The peaceful, reconciled conclusion we all wish for the end of life is revealed to be a return journey to a state of lost unity with the source from which we came.

“Become who you are,” said the philosopher Friedrich Nietzsche. We lost ourselves, found ourselves, and have come home bearing the torch or enlightenment. It’s as if our journey, instead of flowing along a river, unfolded along the Yellow Brick Road. 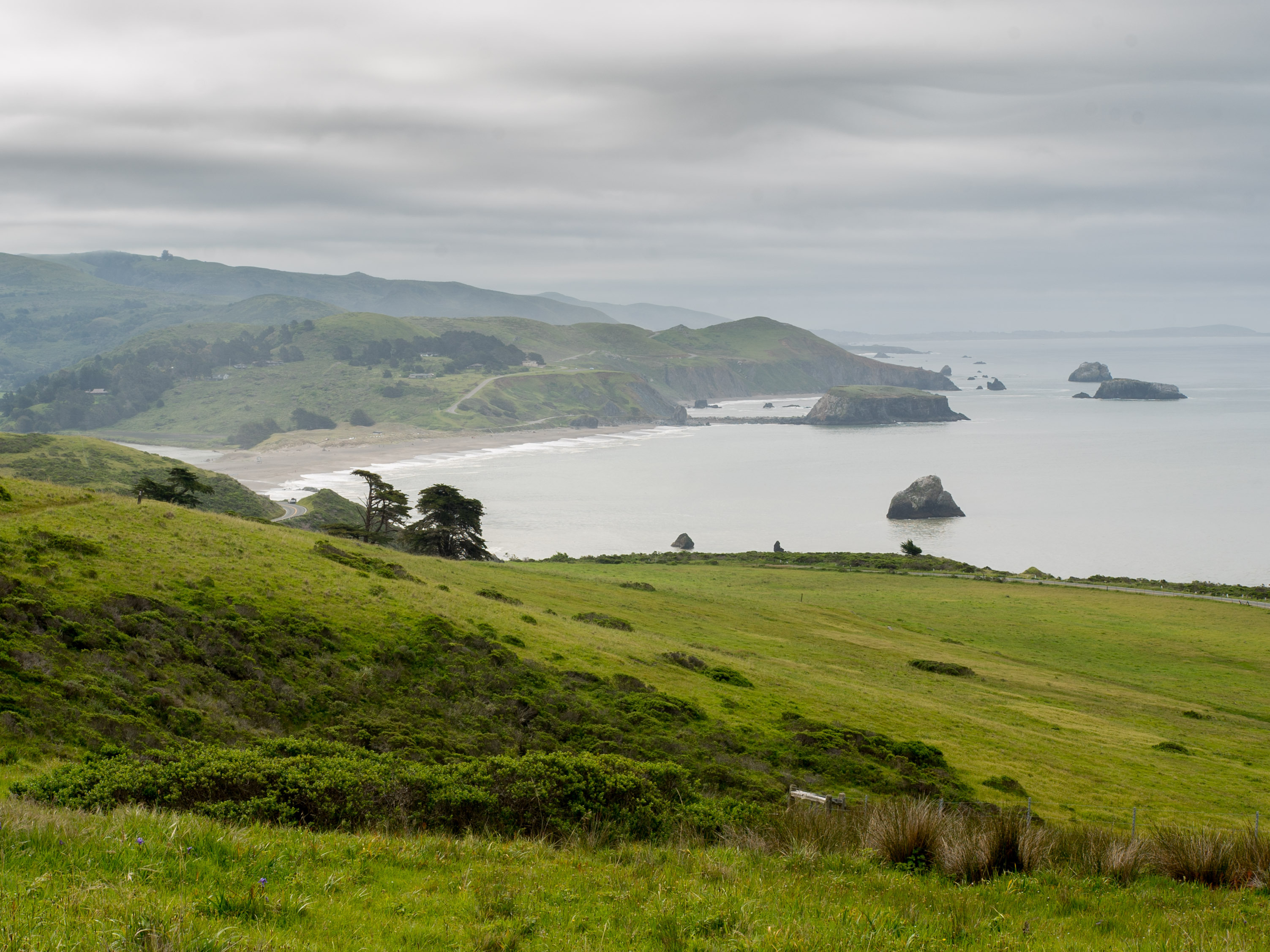 At the end of her journey in “The Wizard of Oz,” the Good Witch asks Dorothy what she’s learned. Having seen that all along, the Scarecrow, Tin Man and Cowardly Lion possessed inside them the very qualities they believed they lacked but which in fact had simply lost sight of, Dorothy timidly replies that it’s something like if she ever again thinks she’s lost something, she should start by looking in the backyard of her own mind, because if it isn’t there, then she probably never had it to begin with.

“Is that it?” she humbly asks.

The Good Witch smiles. “That’s it.”

And with a click of her heels, Dorothy, now older and wiser, finds her way back home.

This trip to Jenner, CA is just one of a series on soulful travel. For other experiences, visit our Soulful Travel page. 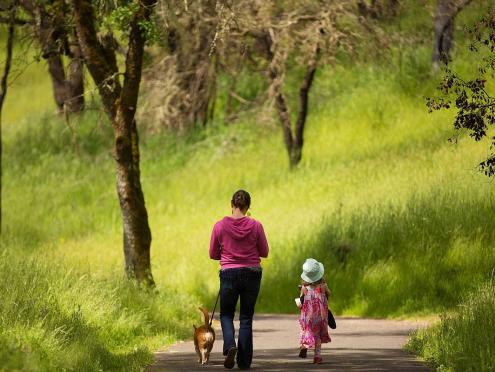 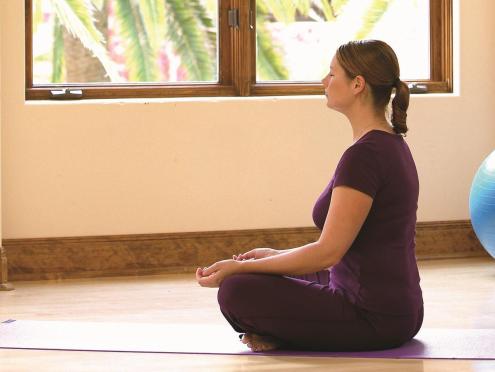 The Gentle Yoga Experience in... 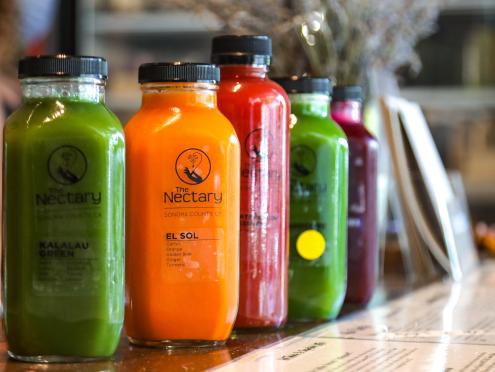 The Sonoma County Cleanse: A Perfect Way to Start the New Year

The Sonoma County Cleanse: A...