The trails at the San Pablo Bay National Wildlife Refuge offer some of the most rewarding and unusual Sonoma County hikes, with wide open spaces just minutes away.

With its bay and tidal marsh, mud flats, wetland habitat, and open water, the refuge is an important location on the Pacific Flyway, home to large populations of resident and migrating birds at every season of the year.

Late fall through early January is a particularly good time of the year here. That's when the refuge becomes home to a huge array of migrating/wintering waterbird and shorebird species - in addition to its diverse population of resident bird, mammal, invertebrate, fish, and plant species.

A great many bird species that breed here are considered by the U. S. Fish & Wildlife Service to be "species of conservation concern." Many more rare creatures take refuge here throughout the year.

There are now several trails of varying lengths open to the public in San Pablo Bay Wildlife Refuge.

The longest and most interesting of the trails in the refuge, the Tolay Creek/Lower Tubbs Trail is flat and graded, and runs atop levees, perfect for easy hiking.

The trailhead and a small parking lot are located off Highway 37, one-quarter mile east of its junction with Highway 121 to Sonoma. Park your car, walk down the dirt road past the trailhead gate and kiosk, and then follow the Tolay Creek levee past broad agricultural lands.

In late fall these agricultural lands are typically plowed and empty, stretching east as far as you can see, often under a vast blue sky. As you walk, marshy areas begin to appear. The ubiquitous salt-tolerant pickleweed, bright green in summer, turns red and orange in the fall.

Keep an eye out for smallish birds with long beaks poking around the shallows, seeking food; snow-white egrets standing aloof and looking bore; or flocks of ducks moving across deeper waters or taking refuge in tall reeds.

Trail note: Older maps may show the Lower Tubbs Island portion of the trail as a loop, but the 2014 South Napa Earthquake tore a breach in the levee, making two sections of the loop trail impassible. The U. S. Fish & Wildlife decided that this breach was best for the wetlands, and the current trail map shows the trail as it is today, without the loop section.

Out and back, the trail is 8.1 miles long. On many days you'll only see a few other hikers on this pathway through truly beautiful landscapes. On clear days you can see the mountains of Marin, the East Bay, and Sonoma that surround you, and possibly San Francisco and its bridges.

This 1.3-mile trail offers views of Cullinan Ranch to the east and a pond to the west, with numerous waterfowl and shorebirds foraging and resting in both areas. The parking lost is located 3.4 miles west of Mare Island on Highway 37. From there, the trail heads north until you reach South Slough.

The San Pablo Bay National Wildlife Refuge is open year-round during daylight hours. Hiking are permitted on the trails, but dogs are not allowed on the trail.

If you head just north on Arnold Drive, you will see Sonoma Raceway, a year-round motorsports complex with events scheduled a majority of the year (340 days and 50 weekends a year). Feel like tasting wine? Just a bit further north are two fabulous wineries in the Carneros AVA, Ram's Gate Winery and Viansa Sonoma.

To discover other great hikes, check out our Guide to Hiking In Sonoma County, then find more info about things to do, restaurants, and hotels & lodging in Sonoma County. 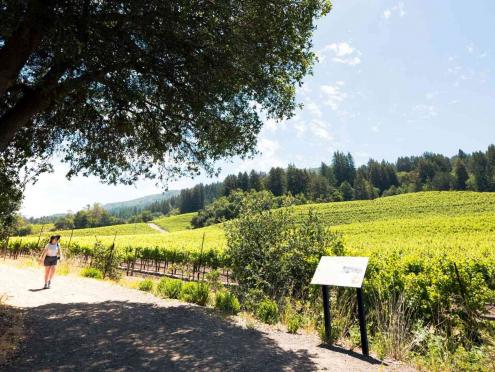 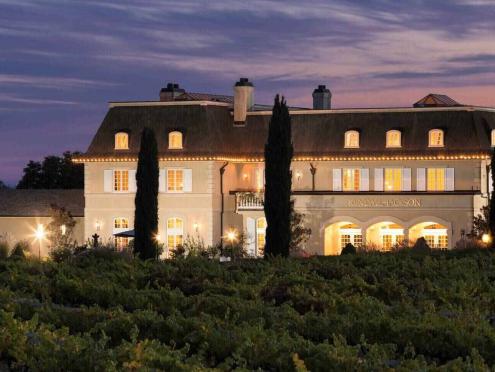