The birthplace of the California's commercial wine industry in the 1850s, Sonoma Valley didn't win official American Viticulture Area status (AVA or appellation) until 1981. It comprises more than 14,000 acres of vineyards, and is home to more than 80 wineries and tasting rooms. 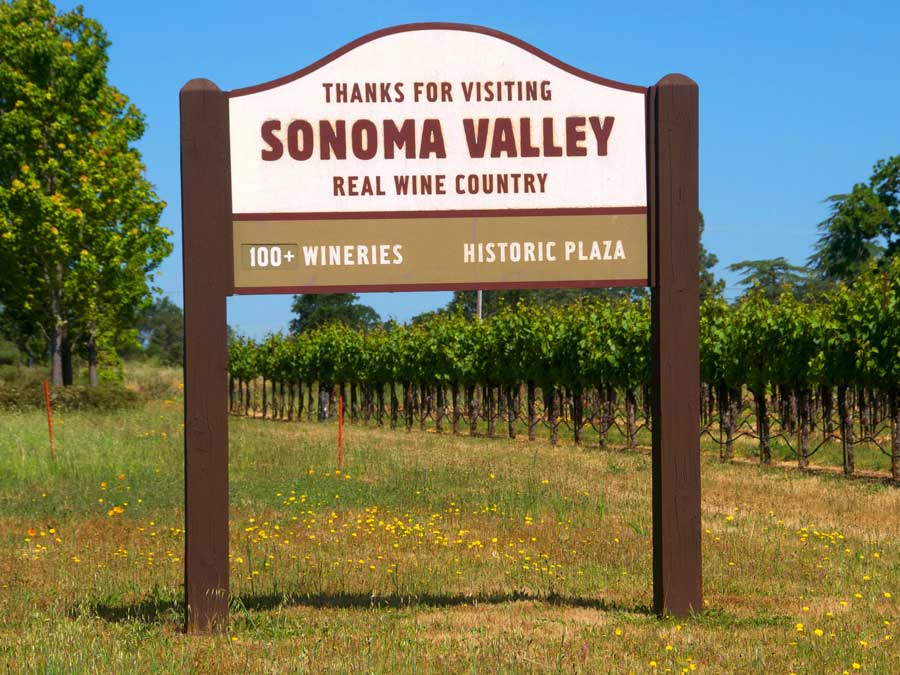 The oldest vineyards in Sonoma Valley are planted with Zinfandel, often called America's "heritage grape." Many of these vineyards were planted well over a century ago, and are often jumbled up in a "field blend" of other, more rare cultivars.

Cabernet Sauvignon is now the most important grape in the Sonoma Valley; in the 1880s, it was locally grown almost exclusively in the Dunfillan Vineyard (now a major source for Kunde Family Winery), but by the time Prohibition rolled around, it was becoming a big deal in higher-elevation vineyards like Monte Rosso. Merlot and Chardonnay were popularized in the Sonoma Valley in the 1970s and continue to be important. Up-and-coming varietals here include Malbec, Syrah, and Grenache.

The Sonoma Valley AVA refers only to the appellation in the southeast corner of Sonoma County, roughly outlining the borders of the Sonoma Creek watershed, which begins in the Mayacamas Mountains near Sugarloaf Ridge State Park and flows into San Pablo Bay. The town of Sonoma lies within the heart of Sonoma Valley.

The Carneros region (which is shared with Napa Valley) overlaps the AVA at its southern end. Here the valley is mostly flat and wide, and the growing season is characterized by mild days and cool winds that blow from the bay. The landscape here is a mix of Chardonnay and Pinot Noir vineyards, dairies, and hay fields.

Past the historic resort town of Boyes Hot Springs, the temperature climbs as Sonoma Mountain looms above Glen Ellen and traps the valley's heat. This is the home of old-vine Zinfandel, planted here since the 1850s. The mountainous terrain favors grapes that like to roast in the sun, but benefit from afternoon breezes; Cabernet Sauvignon rules the roost.

Around the hamlet of Kenwood, where the valley continues to narrow and we enter the Russian River watershed, wind and fog from the Pacific Ocean considerably cool things down. Often on late summer afternoons, you can see fog caressing the forested ridges of Trione-Annadel State Park before flowing into the valley.

Set on 1,850 acres and farmed by the same family for five generations, Kunde Family Winery includes wine caves, outdoor waterside patios, and a mountaintop tasting and tour at 1,400 feet above the valley.

Learn about biodynamic farming at Benziger Family Winery, set in a picturesque volcanic bowl near Jack London State Historic Park — the grapes now grown on the site of the famed writer's ranch are made into wines at rustic Kenwood Vineyards.

Home of the iconic Cinq Cepages, Chateau St. Jean commands one of the most beautiful spots at the north end of the valley. Another impressive sight close by is the gothic castle of Ledson Winery & Vineyards.

The serious student of West Coast Pinot Noir may be interested in a guided tour (by appointment only) and tasting at historic Hanzell Vineyards, tucked into the hills above the town of Sonoma.

Or, sit down for an educational tasting in Rhône-style wines from at Westwood Estate Wine's almost-hidden salon off Sonoma Plaza.

Restaurants and Lodging in Sonoma Valley

Lodging ideas include the elegant oasis at the Fairmont Sonoma Mission Inn & Spa in Sonoma; the blend of vintage and contemporary with a modern Asian flair at Gaige House + Ryokan in Glen Ellen; and the Mediterranean-style luxury at Kenwood Inn & Spa.

the girl & the fig 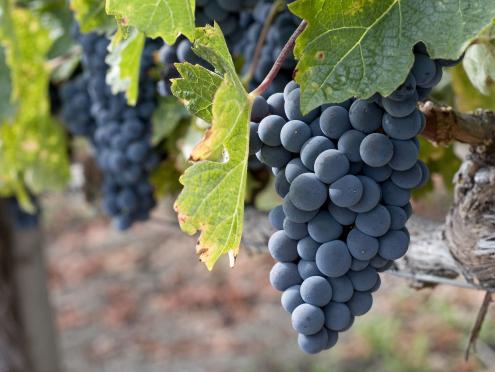 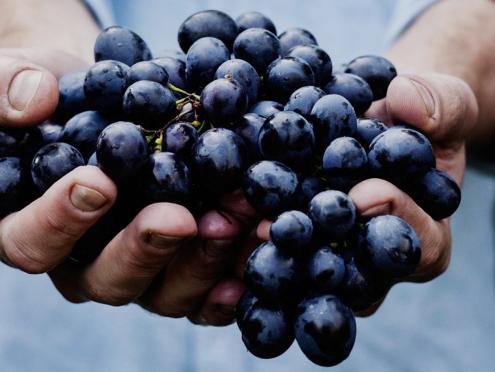